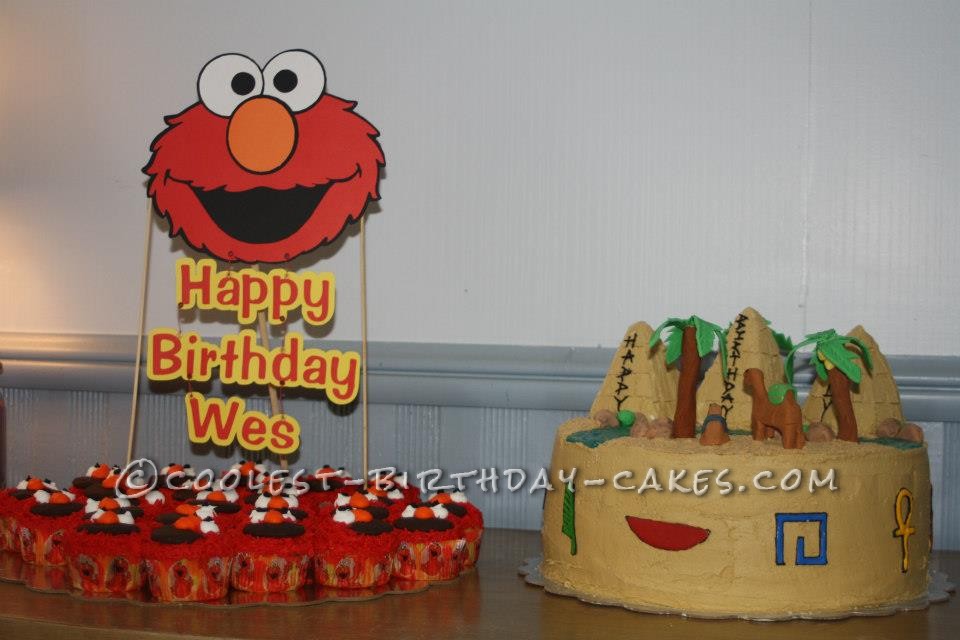 This was a double birthday cake request – 2 kids, 2 diff ages, same party. “He likes Elmo, she loves ancient Egypt.” My first thought was to make an ancient Egypt cake with Elmo dressed in Egyptian costume like King Tut sitting on top of a pyramid. Cute, but not what the mom had in mind. So that task became 2 dozen Elmo cupcakes and one 12-inch round ancient Egypt cake. A task as monumental as the building of the pyramids themselves.

This would be a whole new realm of creation way outside my comfort zone, but I was feeling up to the challenge. I am an accountant by trade, closet baker by night. First on the planning – design the cake in Excel. Yes, that is right, not only am I an accountant, but a big dorky one at that. It stands to reason that I would turn first to the ultimate baking tool, and that is Excel. Not only can you list all your ingredients to prep for shopping and baking, but you can break them down by element of cost to determine how much of each you need, how much per cup or teaspoon, and get a near exact amount to make a cake per egg, per teaspoon of vanilla, per graham cracker. Oh yes, this is an accountant’s dream way to plan a cake.

And the pièce de résistance, yes, the actual cake design can be done in Excel as well. There are wonderful tools to draw, shade, and plan. I have attached those photos for your viewing pleasure. It was a place to start, even though it may have been modified. Now I had my ingredient list, priced out down to the teaspoon, my hard copy design, the image in my brain, I was ready to mold the cake decoration elements and bake. For the 10 days or so before the party, my daughter and I made gum paste rocks, ground graham crackers for “sand”, made gum paste leaves and tree trunks, and the penultimate creation – the cobra. I also attempted gum paste camels, but needless to say, I am not a sculptor and the poor things looked more like dinosaurs with camel blankets – but they served a purpose and we used them.

About 5 days before, I found some hieroglyphics online that looked cool, printed them out, and used color flow to make about a dozen different ones so that they would harden by decorating day. Next, it was on to the baking. I did this 3 days before decorating, when I had a free night, between my full time job, part time job, play practice with my daughter, and taxes, I scored 2 hours to bake the two 12-inch round cakes that would become the four layers for my masterpiece. I used Wilton pans, with bake-even strips and a baking core – the vanilla cakes came out superb. The best part for my family is when the cake tops come off to make all the layers flat, they swarm like locusts to consume the discards.

The dogs enjoy this too, for inevitably, crumbs hit the floor. Cakes leveled, carefully wrapped in plastic wrap and tinfoil, I froze them until decorating day. Two days before I checked our gum paste creations and noticed that one of the leaves had broken off the tree, certainly for having been moved around to keep the dogs away. I was heartbroken. I did not want to make any more green gum paste, so I had the bright idea to make coconuts to go under the leaf to hold it up, so I “glued” the leaf with gum paste  then jammed coconuts underneath to prop it up. Funny thing though, having never done this before, I did not realize the adhesive needed a bit to set up, so when I stood up to put the palm tree aside, all the coconuts fell off and hit the floor.

And the dogs zoomed in to eat them up. The dogs love this hobby of mine. Coconuts remade and secured,  it was time to make the pyramids the day before decorating. I used rice cripsy treats. I learned 3 things from the pyramids. One, I have a whole new appreciation for Egyptian architecture. It took me an hour to figure out just how to craft the 5 sides (yes there are 5 including the base).  Two, who knew you could mold rice crispy treats. And three, who knew rice crispy treats were so incredibly yummy. I had never tried one. At my young age of 43, I have gone through my entire life never having tasted one, because I thought anything associated with rice crispy treats would be just plain nasty. I was sorely mistaken. So after I finally completed the pyramids and had them iced, I was now done with all decorations and only had the cake left to decorate.

3 premade gum paste palm trees and coconuts, with dowels up the middles to place on cake.

2 – 12 inch round vanilla cakes, cut in half to create 4 layers (super-secret proprietary recipe)

I took the cakes out of the freezer Friday morning, then set them aside to make the butter cream icing. After the icing was complete, I used white to crumb coat the cake. I took the remaining icing and now attempted to make sand color. This is easier said than done. I knew I needed brown. However, it was the mixing color to get sand that threw me. I started with half of the icing and added brown, but too much so that it was very dark. So I thought, OK, let me add some yellow. That just made something that looked like it belonged in a baby diaper. So I then added the remaining white icing to the “ick” I started with and it became much lighter, but just a lighter baby diaper.

My son walked in the room and said, “um mom, you are not putting THAT on a cake are you?”  I said, “well yes as a matter of fact I am, didn’t you know, this is a baby diaper cake?” After the strange look he gave me, I assured him that it would be sand by the time I was done. The trick was to add juniper green, and then more white. I think the picture itself shows, I did get it right **{grin}**.  It did have me worried though. Note to self, test color blending long before the day you need it. I almost had to throw away 9 cups of icing and start over. And I dropped the brown icing on the floor and the dog beat me to it, picked it up and ran away with the whole container.  By the time I reached him, he had sucked out the coloring and looked like he had a beard and mustache.  I often wonder why these dogs do not have some terrible illness from all the stuff they should not be eating.  Fortunately I did not need any more brown for this project.

Crumb coat – check. Sand icing – check. Now to ice the rest. I did not worry about getting the sides totally smooth because I wanted the element of a pyramid wall that looked like it was ancient, so I left the sides untidy. I placed the hieroglyphics evenly around the side. Next to the river, I “carved” out the space I thought I needed. Then I sprinkled all the “sand” over the top with the graham cracker crumbs. Next I spread the “river” gel on the top. I then placed the rocks and bushes, then the pyramids. I had to use small spreaders to get them on the cake since I had already iced them. Almost dropped one, but made the save in the nick of time – the dog was very disappointed.

Lastly, I placed the trees and my dino-camels. And stood back to observe,  in a moment of awe and wonder. My kids came down and stopped in their tracks…. “mom, that is the coolest cake you have done yet.” It nearly brought me to tears.

The family who requested the cake absolutely loved it. All of the guests at the party could not get over how cool and fun the cake was. The candles down the Nile looked absolutely delightful in the dark room while we sang.  People actually ate the pyramids, rather than the cake (strange people who do not like cake)? They could not believe that everything was edible. The kids actually ate the snake, and camels, and rocks. This was just so funny and strange to me. Hundreds of pictures were taken, future birthday party cake requests made. Unfortunately, I have a full time job that prevents me from fulfilling all of the requests I receive. But if the government lays me off, well then, perhaps.

Oh right, and Elmo? Those cupcakes were a breeze to make. The fun part about that was I got to use my Pazzles Inspiration to cut out the Elmo head and the letters. There is no better world than when scrap booking and baking collide. Oh, unless of course Elmo and Ancient Egypt collide. 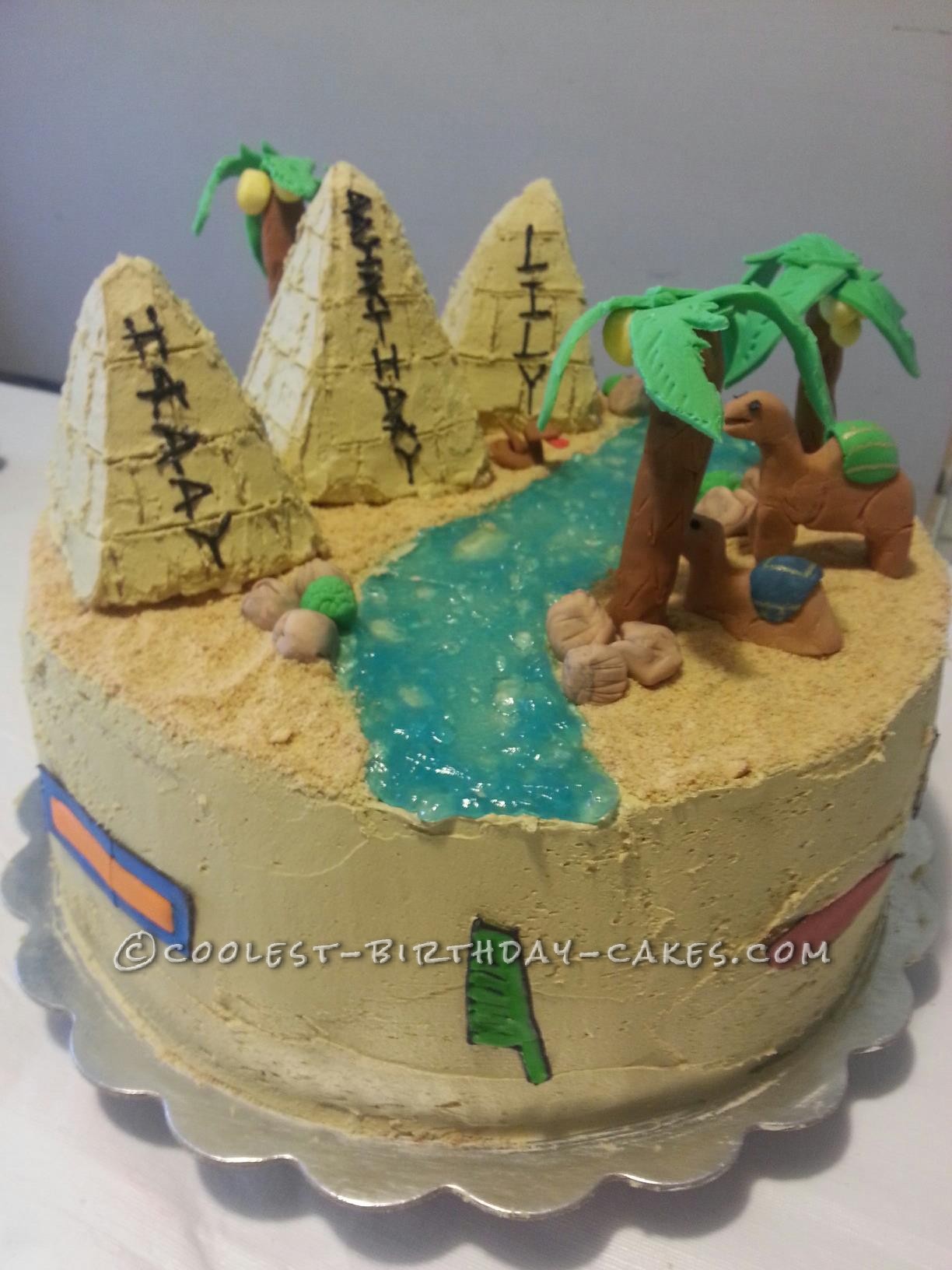 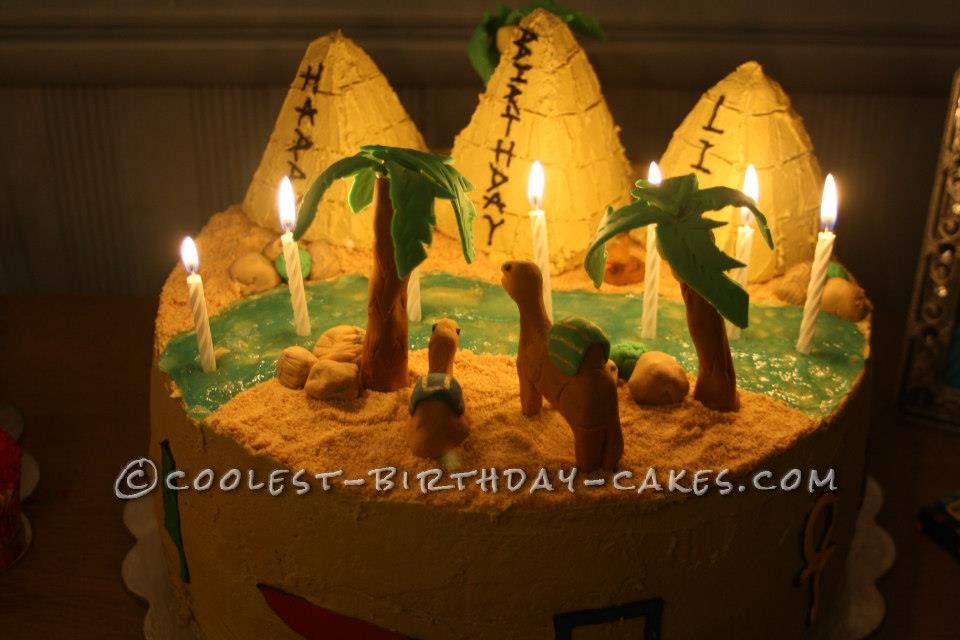 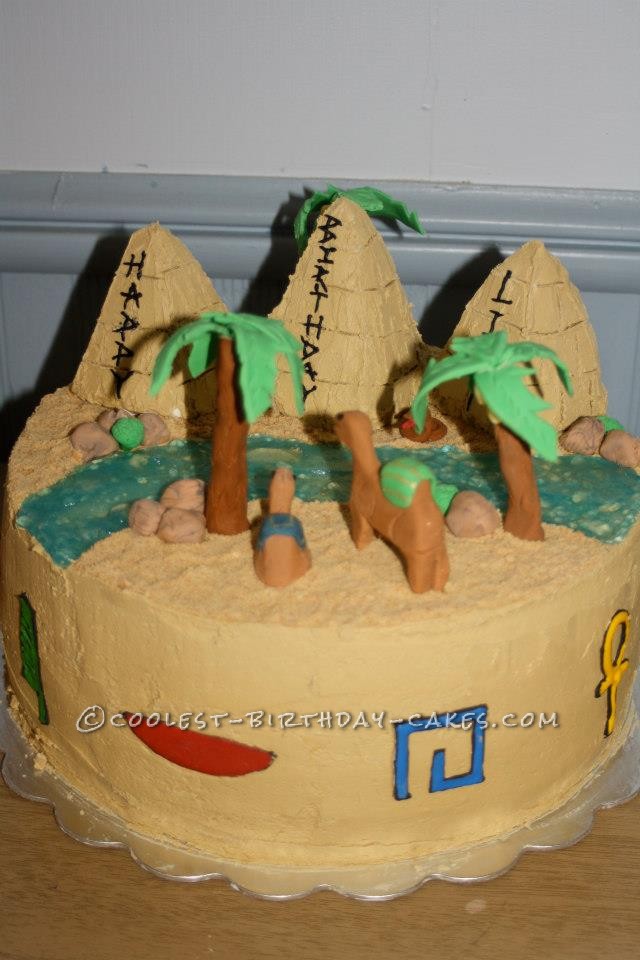 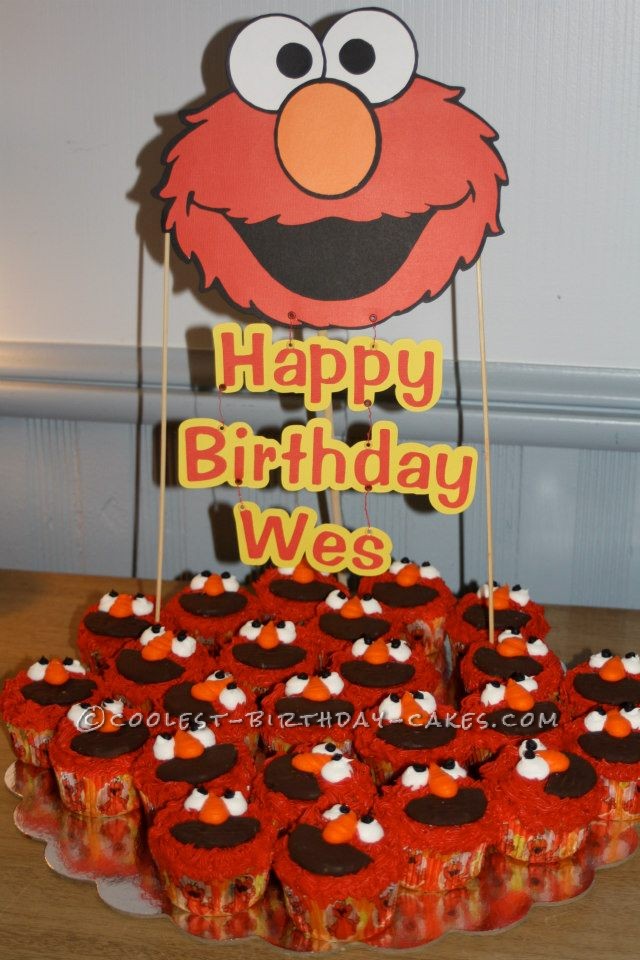 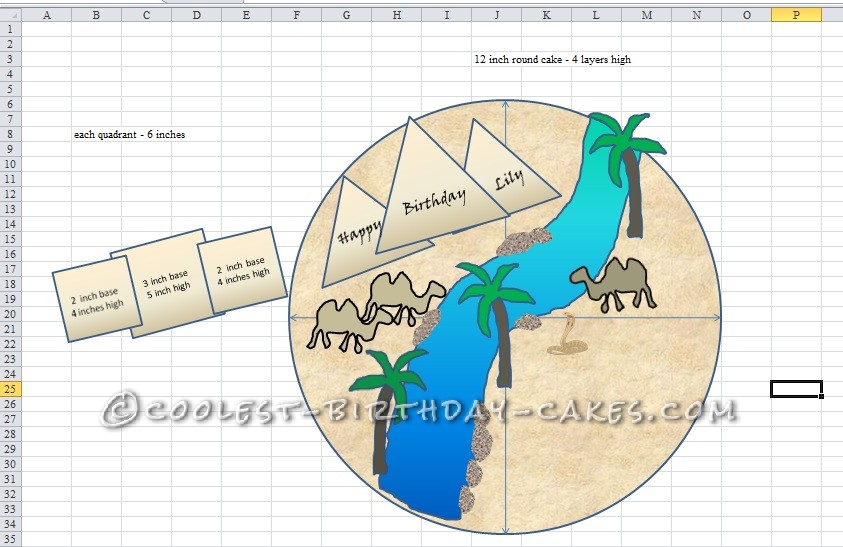