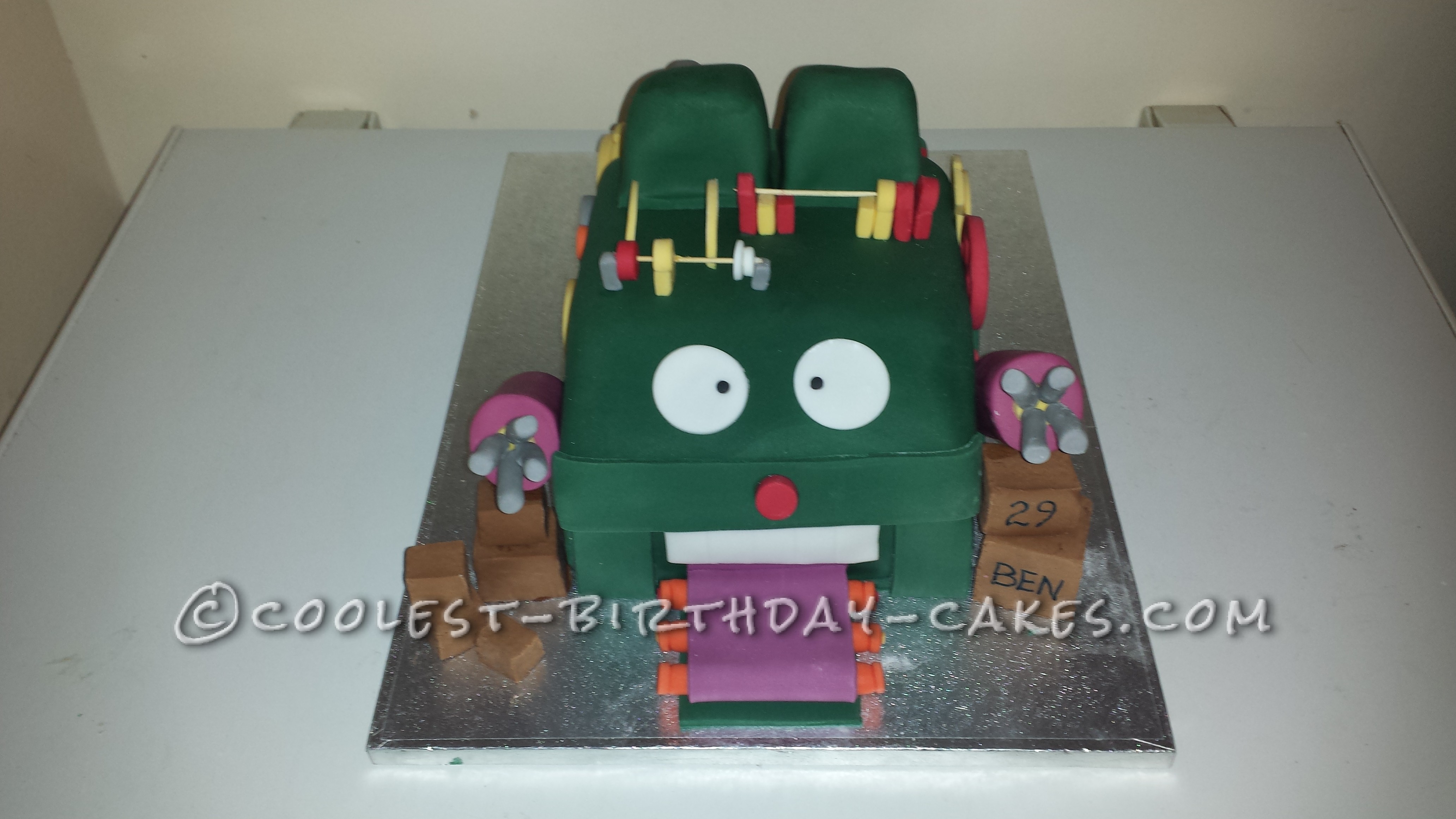 Bertha?!?! I had never heard of Bertha the toy making machine and had been asked to do a birthday cake with a Bertha theme. I trawled through Google and found few pictures that showed the full image. I had an idea of what this toy making machine was like, so I let my imagination run a little to get the end result.

I cut a rectangular sheet cake into a square so that I had a quarter left for the back of the machine which was slightly smaller, covered the square I had left with green fondant then cut the quarter I had left slightly then covered in fondant and added to the back. Previous to this I had made lots of fondant pieces such as the conveyor belt at the front and all of the wheel and buttons, so I glued all of these parts on. I had a problem with getting the arms to stay slightly raised so I made small fondant boxes to put on the sides to stabilize the arms.

This was a fun challenge and the person receiving the cake was really pleased with the surprise he had….now for his 30th birthday cake! 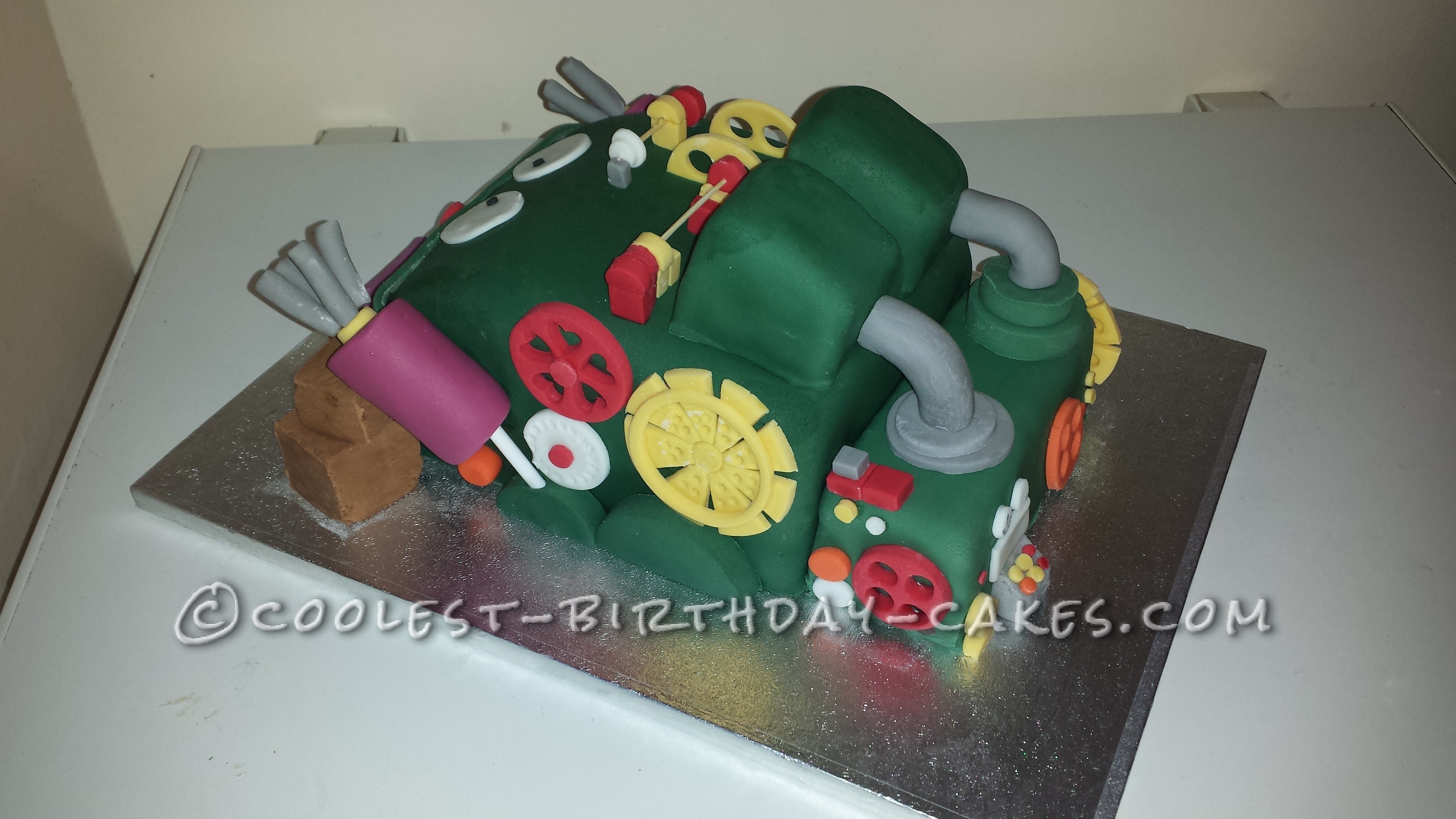 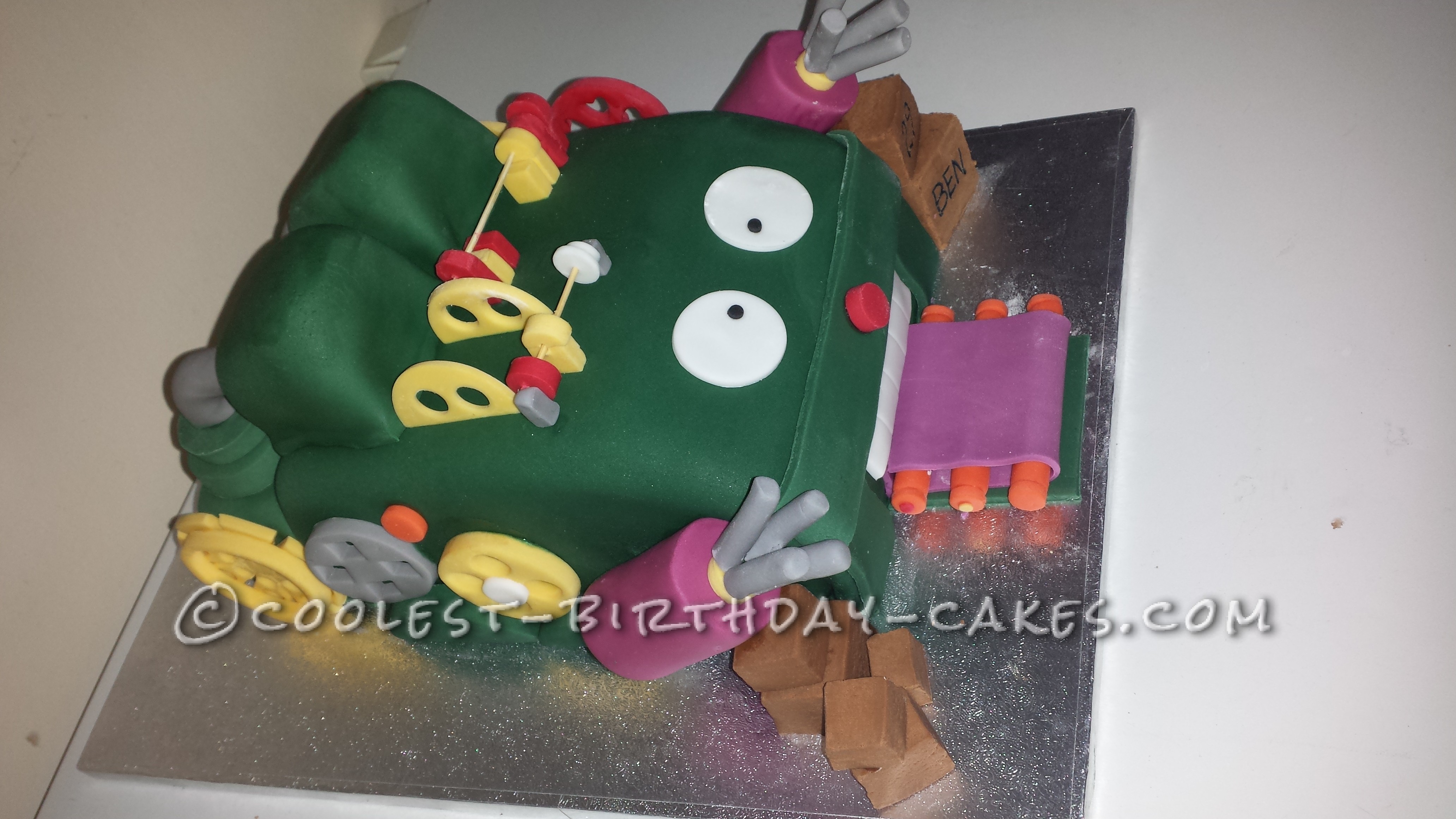 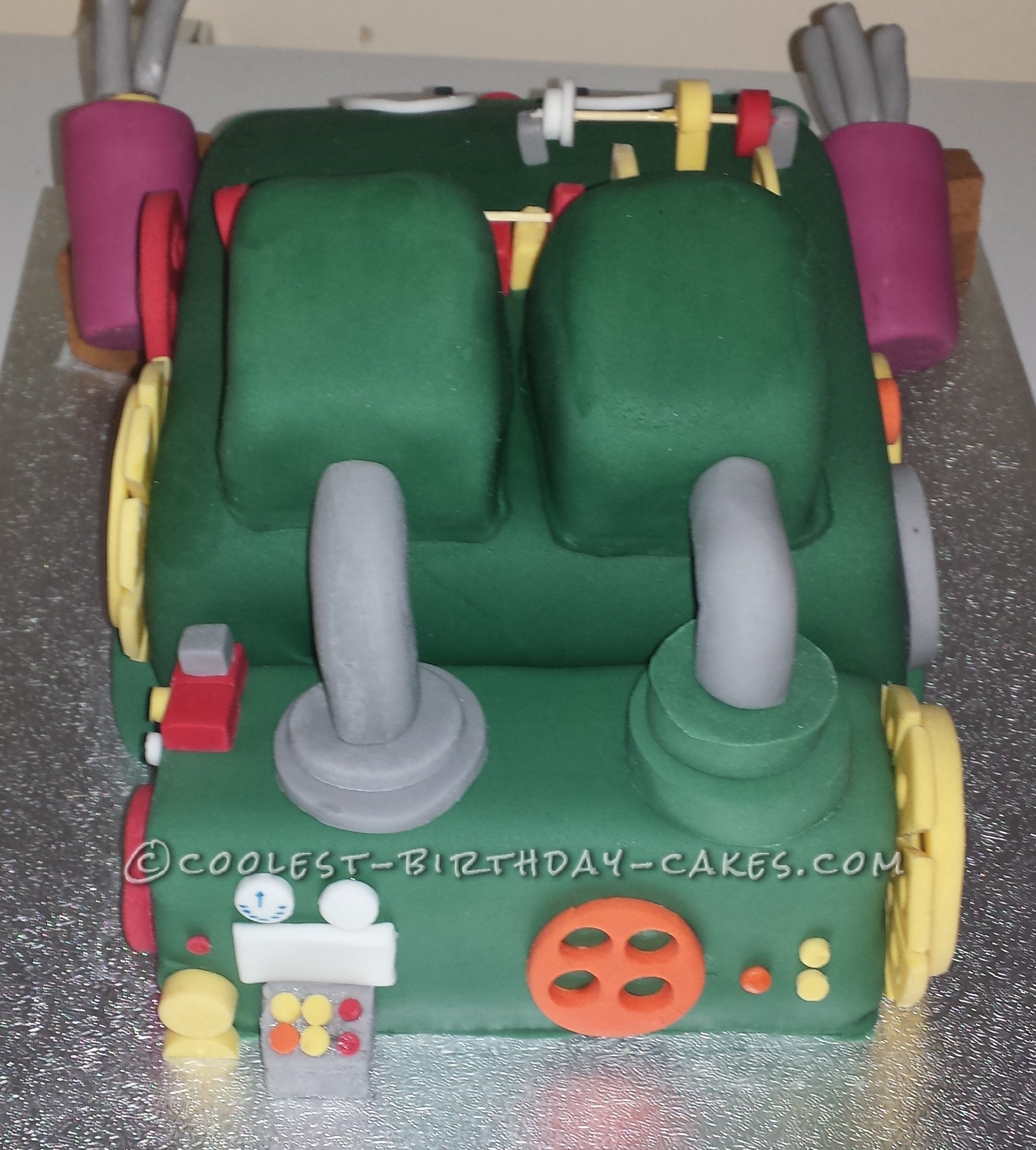