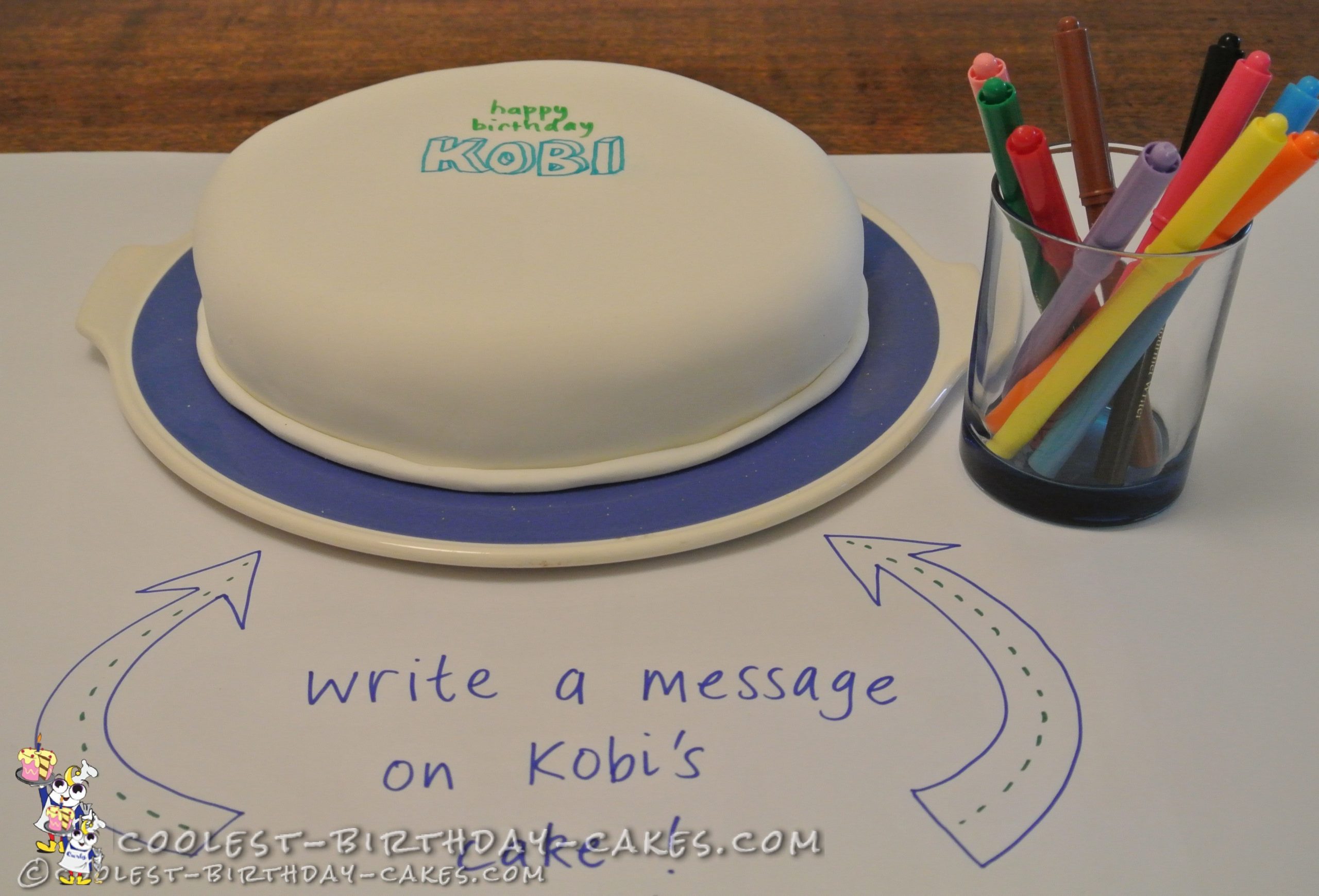 All my son wanted for his 11th birthday was to have six friends stay the night. And despite the protests of my husband and daughter I let him do it because I wanted him to have the best birthday ever. And he did. Six over-excited boys arrived, armed with Nerf guns and ready to party. They ate pizza, they had pillow fights, they tried to watch a movie (I say ‘tried’, because they were too noisy and excited to watch it and it had to be turned off), they made ice cream sundaes and then – finally – they went to bed…. AND STAYED AWAKE, LAUGHING AND SHOUTING, TIL 4 AM.

Neither myself nor my husband could sleep that night. We woke up to the horrors of a house filled with boys still filled with energy despite their lack of sleep. We think of it as the weekend we lost. There was, however, one good thing about this party: the birthday cake. Good because it turned out brilliant. The kids loved it, and it tasted delicious. And good because there was plenty left for us to eat the next day, as we shuffled around the house bleary-eyed and emotionally shattered.

Oh, and it was EASY. Just my favourite chocolate cake recipe iced with buttercream and covered with smooth, white fondant, and then left to harden overnight before having birthday messages written on it with Americolor food markers by my son’s friends. Can you believe none of them wrote anything rude?!

That was the first and last sleepover party my son will be having. But the graffiti cake idea lives on, as little sister has requested one for her own (hopefully far more sedate) party. 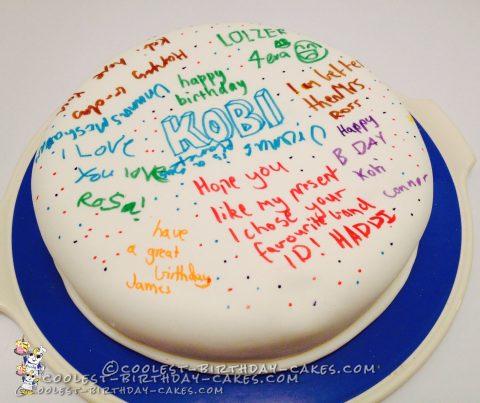 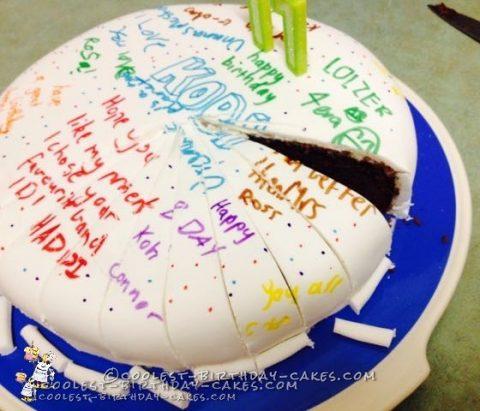