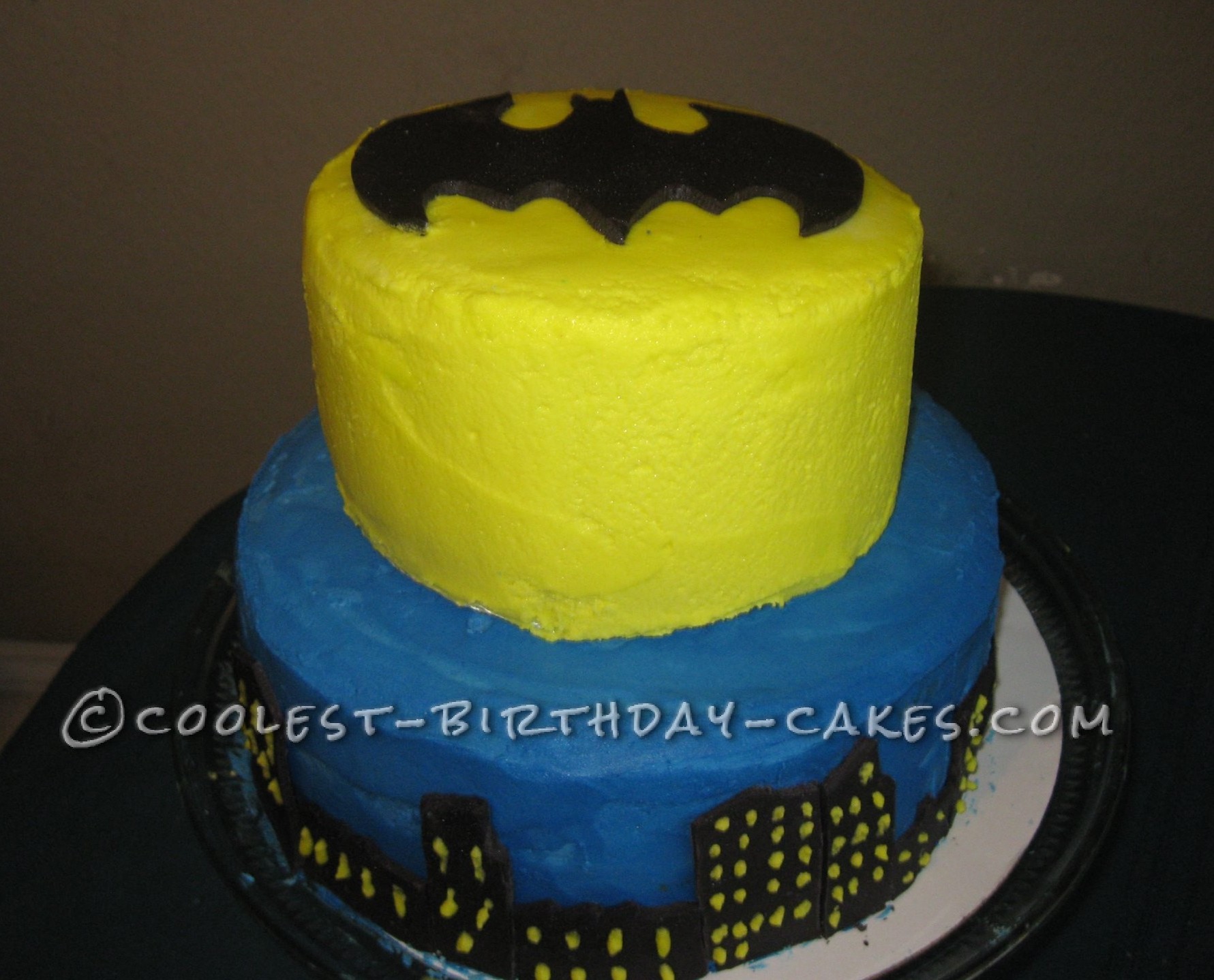 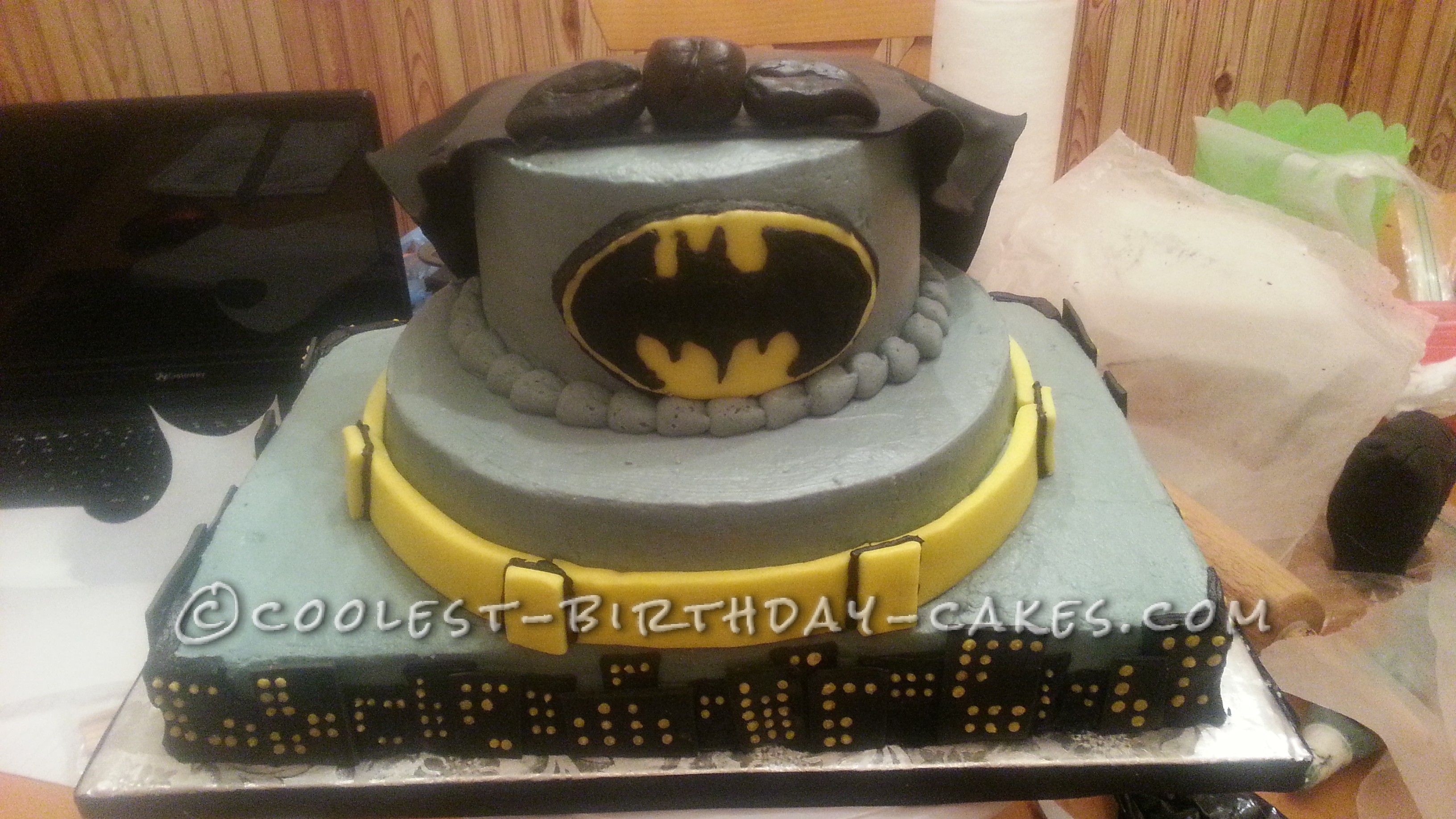 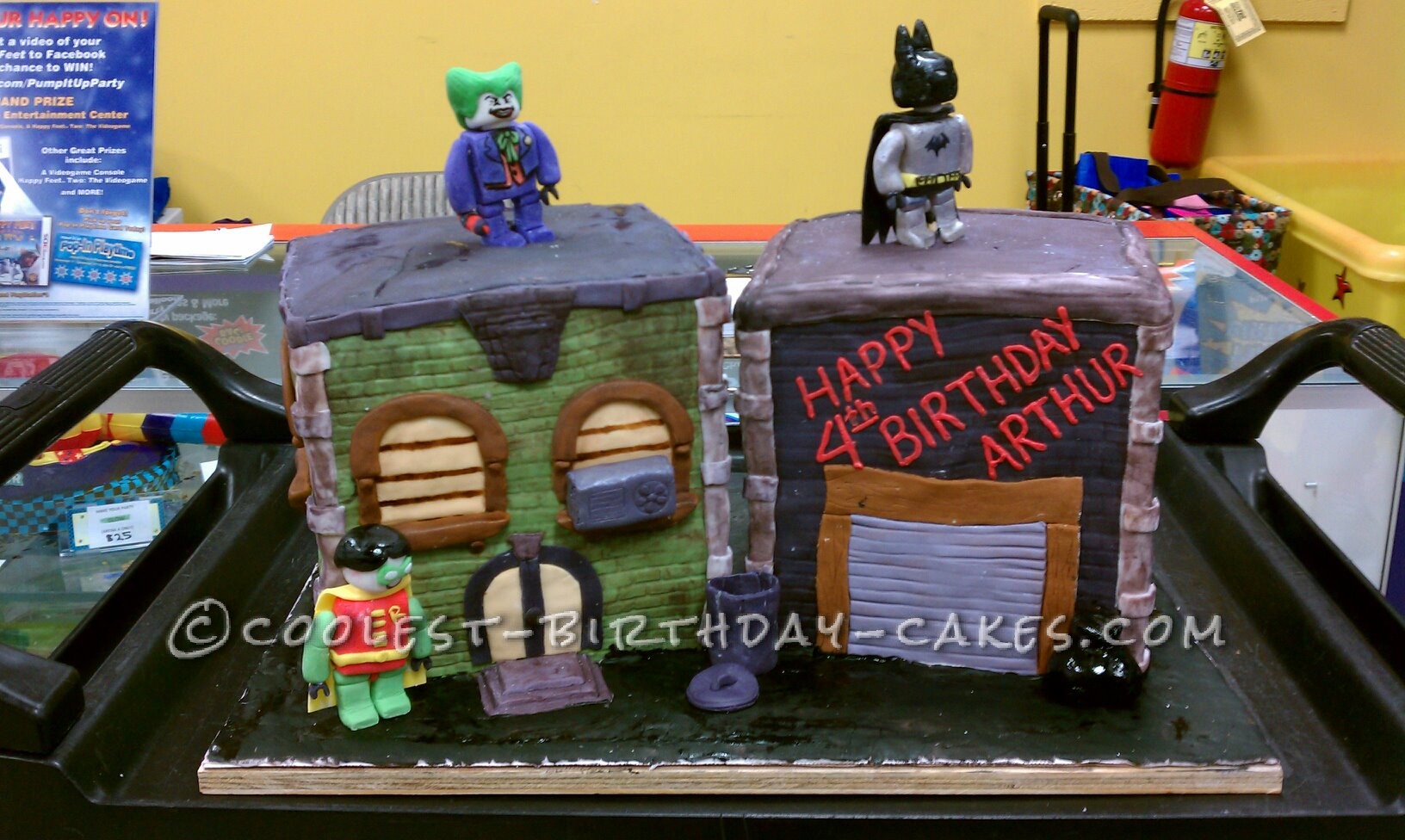 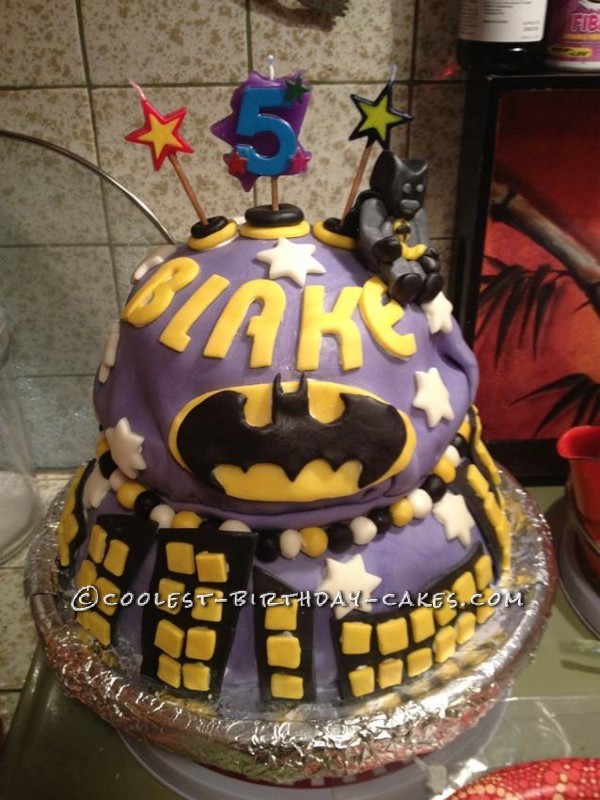 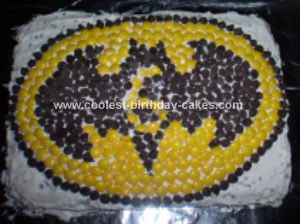 I made this Batman cake for my son Kaleb’s 6th birthday. I used a marble cake and confetti frosting. And then I used chocolate chips for the black and Reese’s Pieces for the yellow. You can use any cake you like with any white frosting. Everybody liked the fact that you could eat everything on … Read more 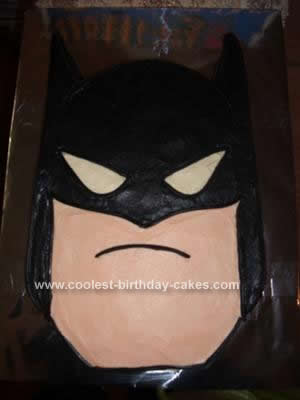 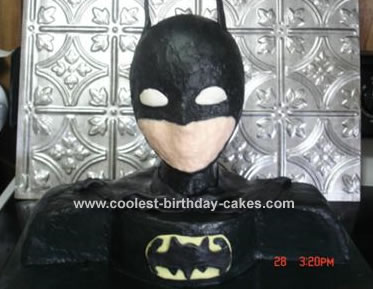 I made this Batman cake using a Styrofoam wig head. The chest and shoulders are cake. I used two 8 inch circles for the chest and a 9 inch cake for the shoulders, cut into four pieces (2 per shoulder). The ears, cape, and eyes are fondant. 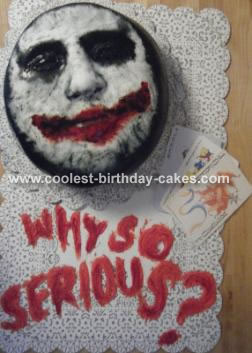 I made this Joker cake for a 21st birthday party. It’s from the Dark Knight movie that starred Heath Ledger. I baked two 9″ rounds for this project. I covered both with buttercream icing and then used fondant to sculpt the features of the face including nose, chin, lips, eyes and eyebrows. I rolled out … Read more 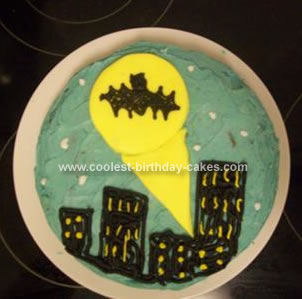 I had been looking for different ideas to make a Batman cake for my boyfriend and I really wanted to use some idea from a comic book character as he is a fan of these films etc. I had a look at the ones on here and they are either the logo or an actual … Read more 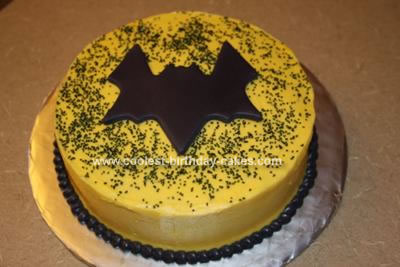 My homemade Batman birthday cake consisted of 12 cupcakes and a 6″ cake using a vanilla cake mix. I made buttercream icing from a C&H Sugar recipe and colored it black and yellow. I piped the cupcakes with black icing using #12 tip. I leveled the 6″ cake and crumb frosted it. I then turned … Read more 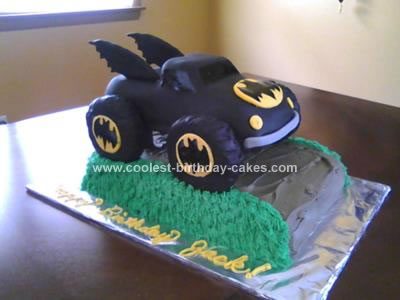 One of my student’s parents asked if I would decorate a cake for his birthday. He loves monster trucks. I used the Wilton cruiser car and cut away some of the top to form the cab. I traced the car pan on a cake board and cut it out. After icing it with butter cream … Read more 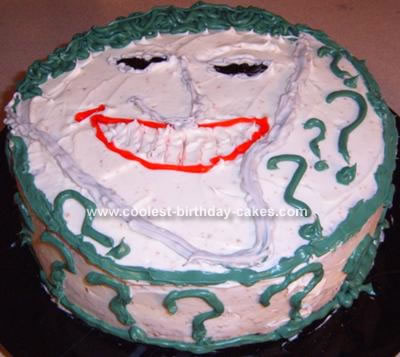 If someone wants a Joker for a cake, well now you got it! This joker cake is extremely easy to make, and also very quick. First, you bake two eight inch round cakes. Second, you cut the top of each cake off. Third, you put a thin layer of icing in the middle of the … Read more