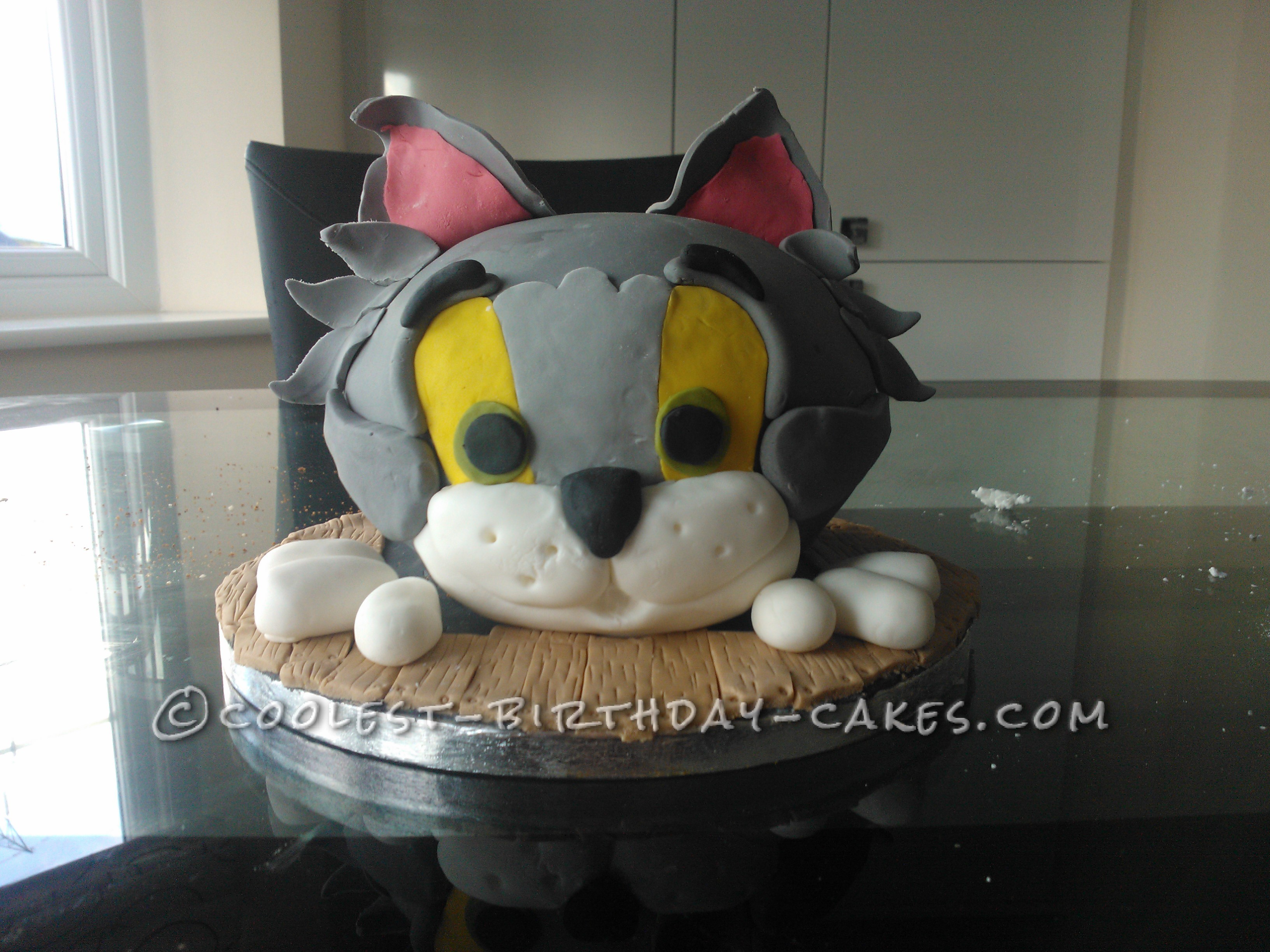 I was asked to make a cake for a cat charity event at work and thought this Tom cat cake would be appropriate. I saw lots of these types of cakes when looking on the internet for ideas. I downloaded a picture and off I went. I started by making the cake using a large … Read more 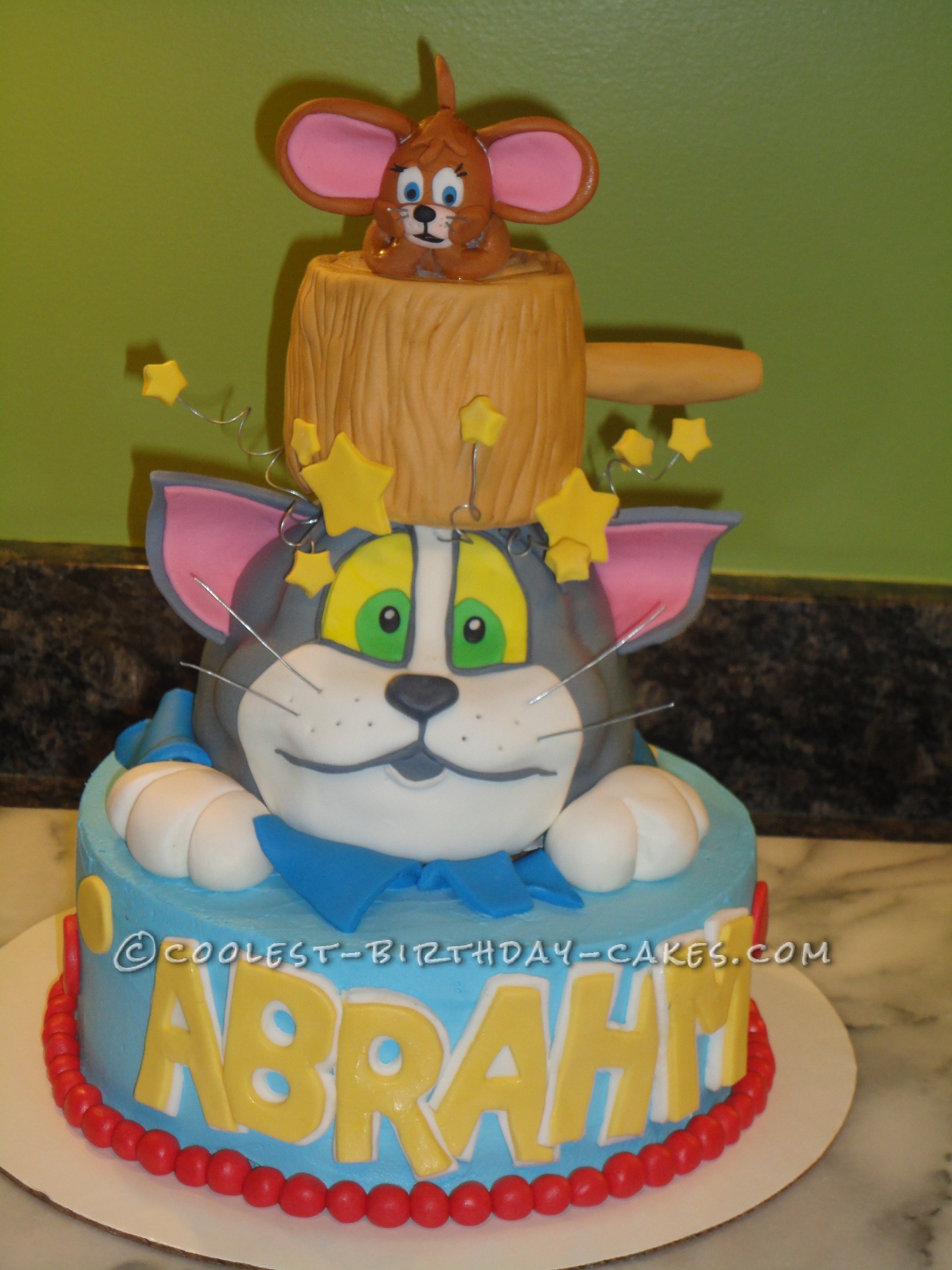 I made this cake for a little boy who wanted a Tom and Jerry cake.  I was a little worried when I saw the idea that the mother wanted, knowing that there was lots of sculpting required and I had to make sure the cake was sturdy as well. The top part has a large … Read more 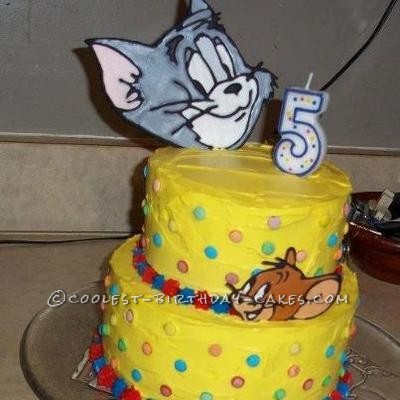 My son’s request for a 5th birthday cake was Tom & Jerry. I love making cakes but I am not so good at fondant characters. So, this time I tried something new….FLOODING ICING!! It’s such a wonderful media. Why don’t I see it more often?  It’s so easy. Make regular royal icing and place a … Read more 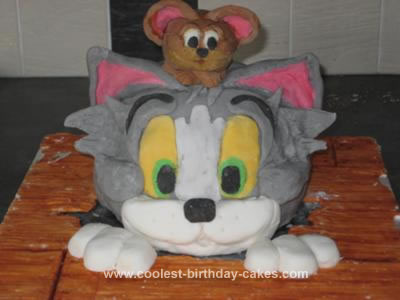 My son was turning 5 and it was his first birthday party with his new school friends, so I wanted it to be really special for him, and he loves Tom and Jerry. So I found this Tom and Jerry cake from the book Cartoon Cakes by Debbie Brown. The first real cake that I … Read more 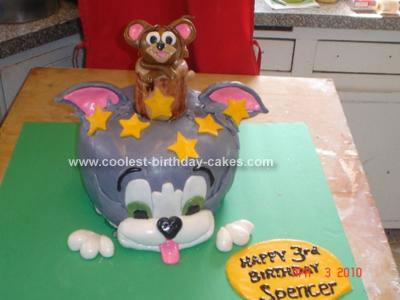 I got an order for a Tom & Jerry Birthday Cake, searched on line and came up with my own Tom and Jerry Birthday Cake. I made Tom out of stacked round cakes and cut them to shape. I frosted it with buttercream frosting and I covered it in gray fondant and added the rest … Read more