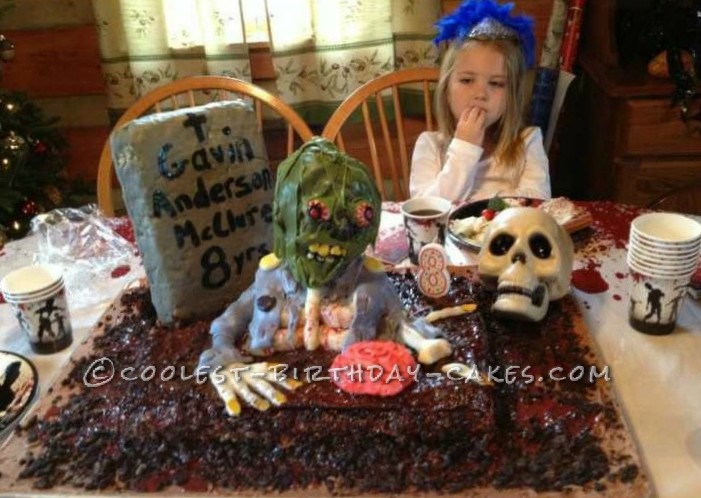 I made this creepy 8th birthday cake for my stepson, Gavin (who I adore). He loves the hit T.V. series, “The Walking Dead”. For his birthday, he wanted a zombie party. We had a blast (and spent hours) looking at different cakes online, for ideas. He finally decided on a cake with a zombie rising … Read more 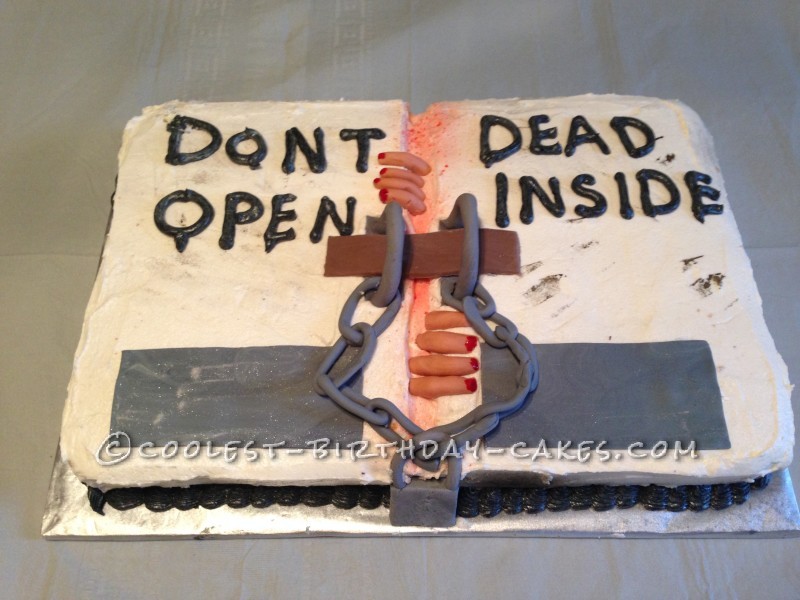 For my step-son’s 13th birthday, he wanted a walking dead cake. I had no clue what the Walking Dead was so of course, I had to do some research on this show. All I came up was they were zombie looking creatures and a scary looking door. So, I thought I would go with the … Read more 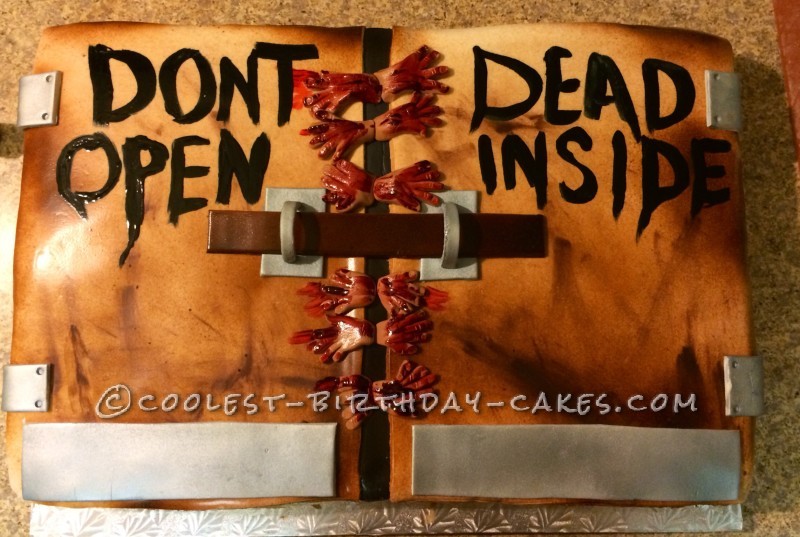 A friend of mine is a huge “Walking Dead” fan and asked me to do a cake to feed the entire office. I’ve never done a cake this large before and had no clue how it would turn out but figured I’d give it a shot. I started off with a 12×18 sheet cake in … Read more 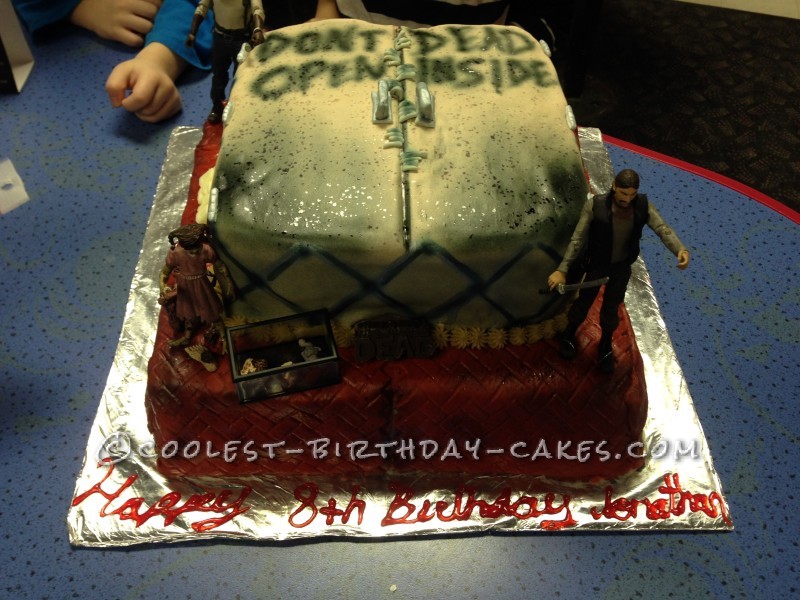 This cake was made for my 8 year old son Jonathan. He happens to be a huge fan of the hit show The Walking Dead. My biggest inspiration on making this cake was making my son happy. I planned for weeks on ideas for his cake. After looking up so many different ideas I just couldn’t find something that … Read more 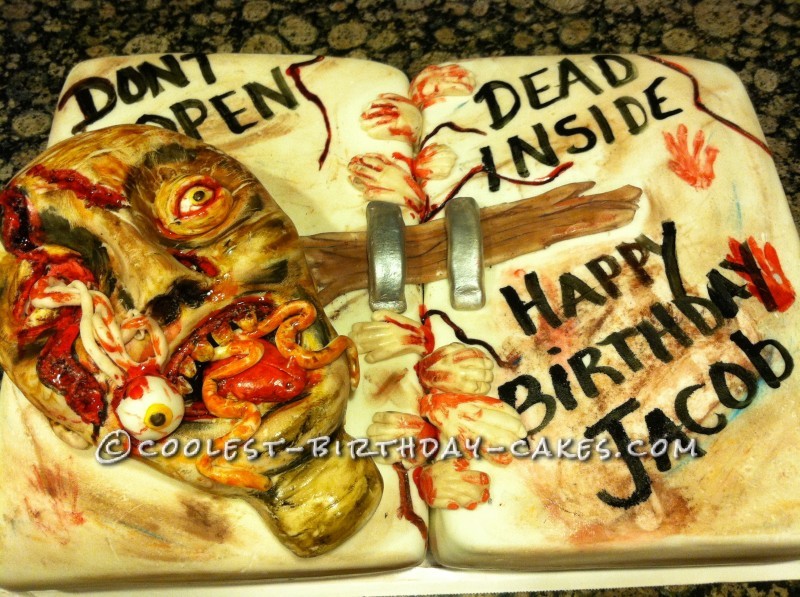 My grandson asked me to make a zombie cake for his 12th birthday. I am an amateur baker, but decided I would take the challenge. I love watching Cake Boss as well as other cake shows. I searched the internet for ideas and recipes, lots of research. I made three cakes, two  1/4 sheets and … Read more 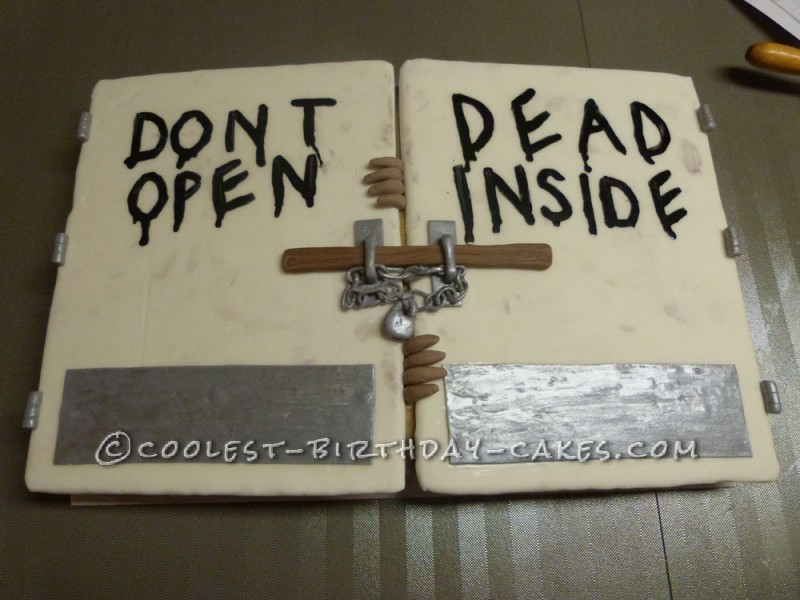