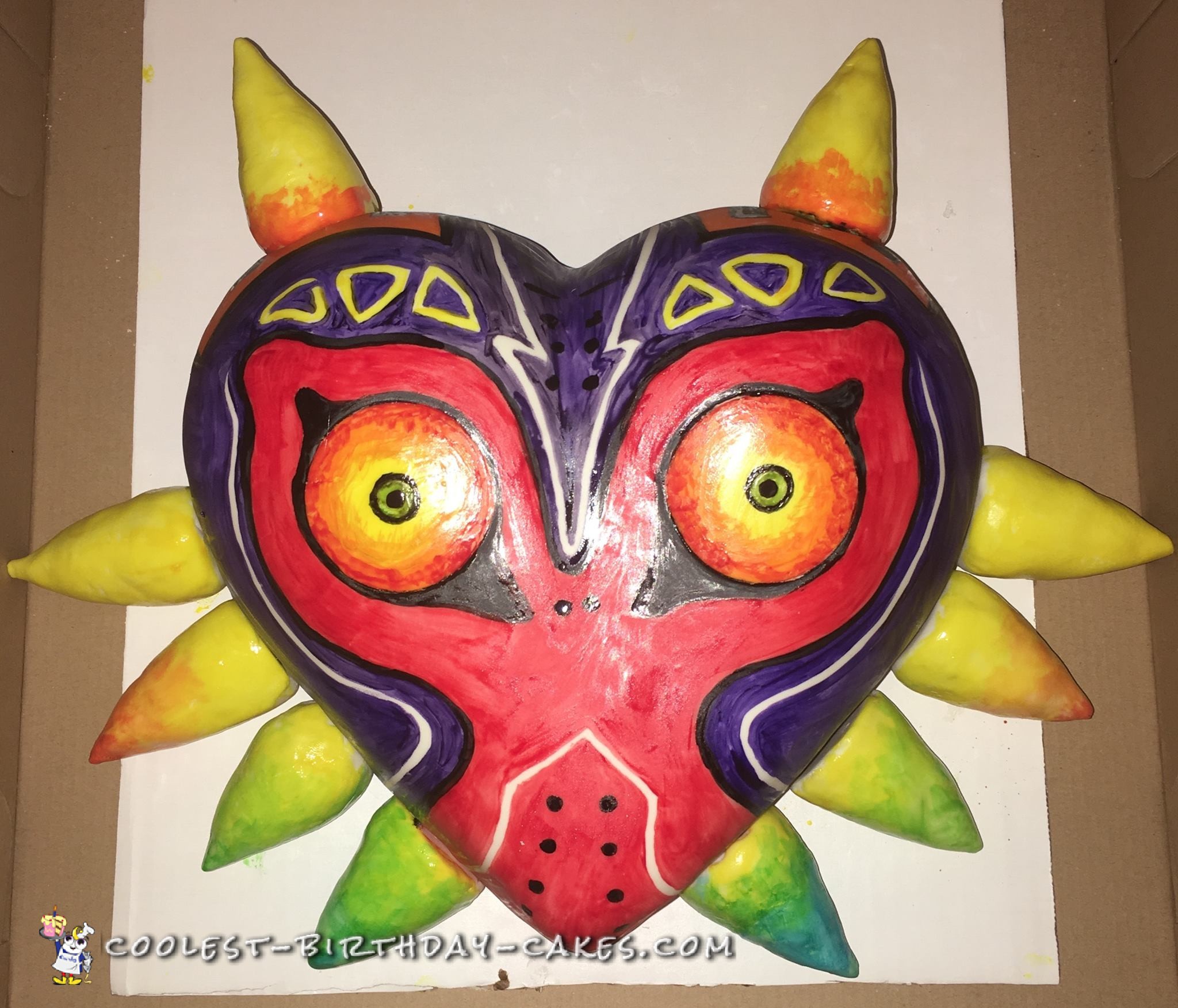 My nephew asked me to make his 21st birthday cake for him. His only request was that it be strawberry and Legends of Zelda themed. That’s two requests, but hey, the kid made it to 21, so he gets whatever he asks for! I scoured the Internet for ideas. Most were a little young for … Read more 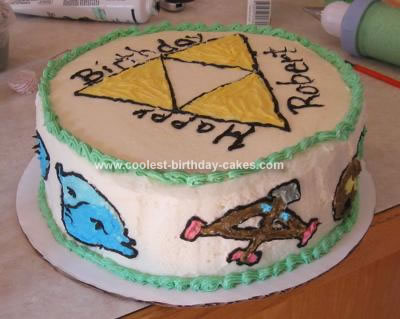 For this Legend of Zelda birthday cake, I made a 2 layer 8 1/2 inch cake and used buttercream icing on it. I started by looking online and deciding on the images that I wanted to use. I printed them out at the size I wanted them on the cake. I then traced the outline … Read more 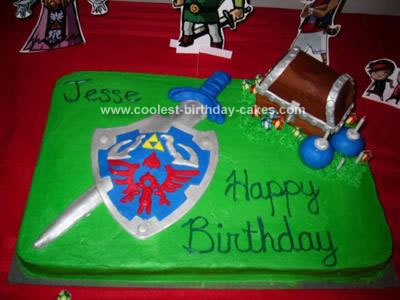 My son has been having a great time playing Zelda games and he adamantly wanted a “Little boy Zelda cake” (For some reason he always calls Link little boy Zelda). So I asked exactly what he wanted and made plans a few weeks in advance so that it would be perfect. He said he wanted … Read more 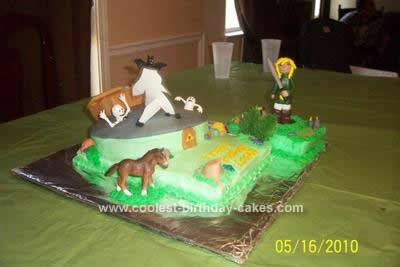 My son wanted a Homemade Legend of Zelda Birthday Cake Design for his birthday. I used a 12x8x2in oblong, and 8in round cake pan. I used a Duncan Hines Swiss chocolate cake on bottom, vanilla on top. My son wanted a scene out of the game so I tried to recreate a “bird’s eye view” … Read more 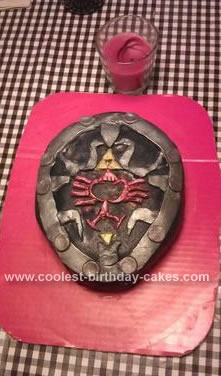 My Nintendo-mad girlfriend turned 23, and since I bought her a Zelda-statue, I wanted to make a Zelda birthday cake. I started by baking three thin layers of rich chocolate cake in a small pan (about 20 x 15 cm) and then cut the shield shape out. I then filled the cake, using one layer … Read more 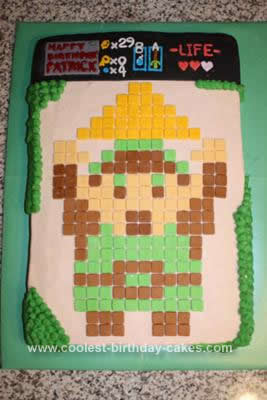 I made this 8-bit Legend of Zelda cake for my husband (a life-long Zelda fanatic) for his birthday. The cake (a half-sheet cake) is dark chocolate-bacon flavored with maple-bacon frosting, and the fondant has a touch of bacon flavoring (from a bottle of liquid bacon flavoring) as well (he likes bacon…). It turned out amazingly … Read more 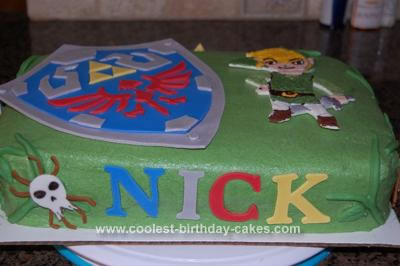 This Zelda’s Ocarina of Time cake was created using 2 13×9 devil food cake layers. I started on the decorations about 5 days prior to baking the cake. Everything is 100% edible! The shield and Link were the most time consuming and were created by printing the pictures out onto card stock. I would then … Read more