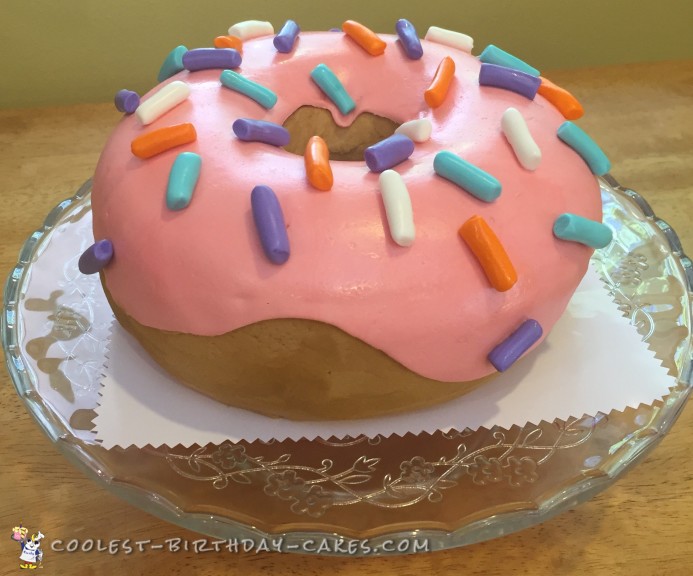 My 12 year old daughter wanted her birthday cake to be a donut cake. One could choose to sculpt two 8 or 10″ round cakes into the shape of a donut but I chose to buy a donut-shaped cake pan set instead (so much easier!). I purchased the Entenmann’s brand “Jumbo Non-stick Donut Pan” which … Read more 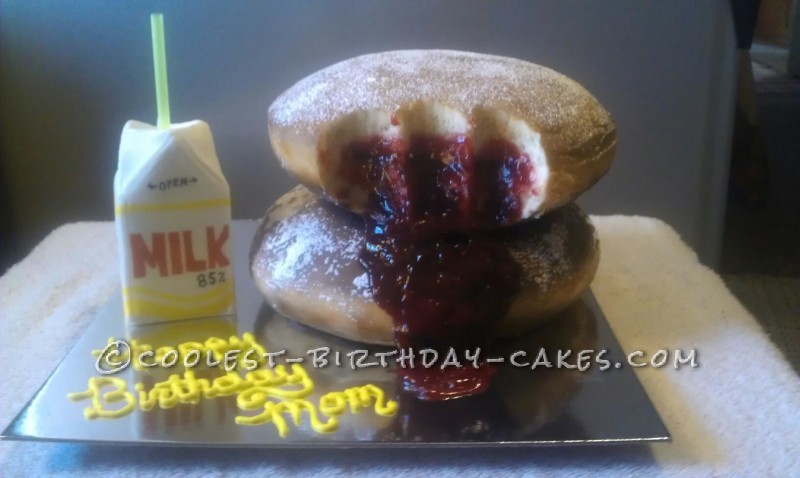 This cake was for an 84 year old grandma ordered by her grandson whom is very close to her. When I asked him what her interests were he said she loves jelly donuts, could I do a jelly donut cake for her? Well, I thought this was a little strange but sounded like it would … Read more 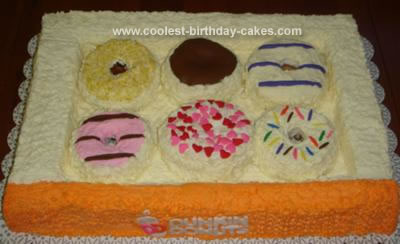 I made this Dunkin Donuts Cake for someone’s wedding shower, it’s a sheet cake carved and built out of yellow cake and I piped everything out in butter cream icing. I made the donuts in the creative mood that I was in, so if you do it have fun with it and create your own … Read more 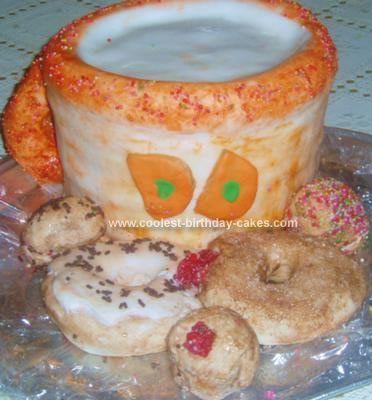 I made this Dunkin Donuts Cake for a Home and Gardens competition for the Monmouth County Fair. It was my first contest and I won second place. First would have been great but I was still proud of myself and kids were too, that made it more exciting. I made the donuts out of rice … Read more