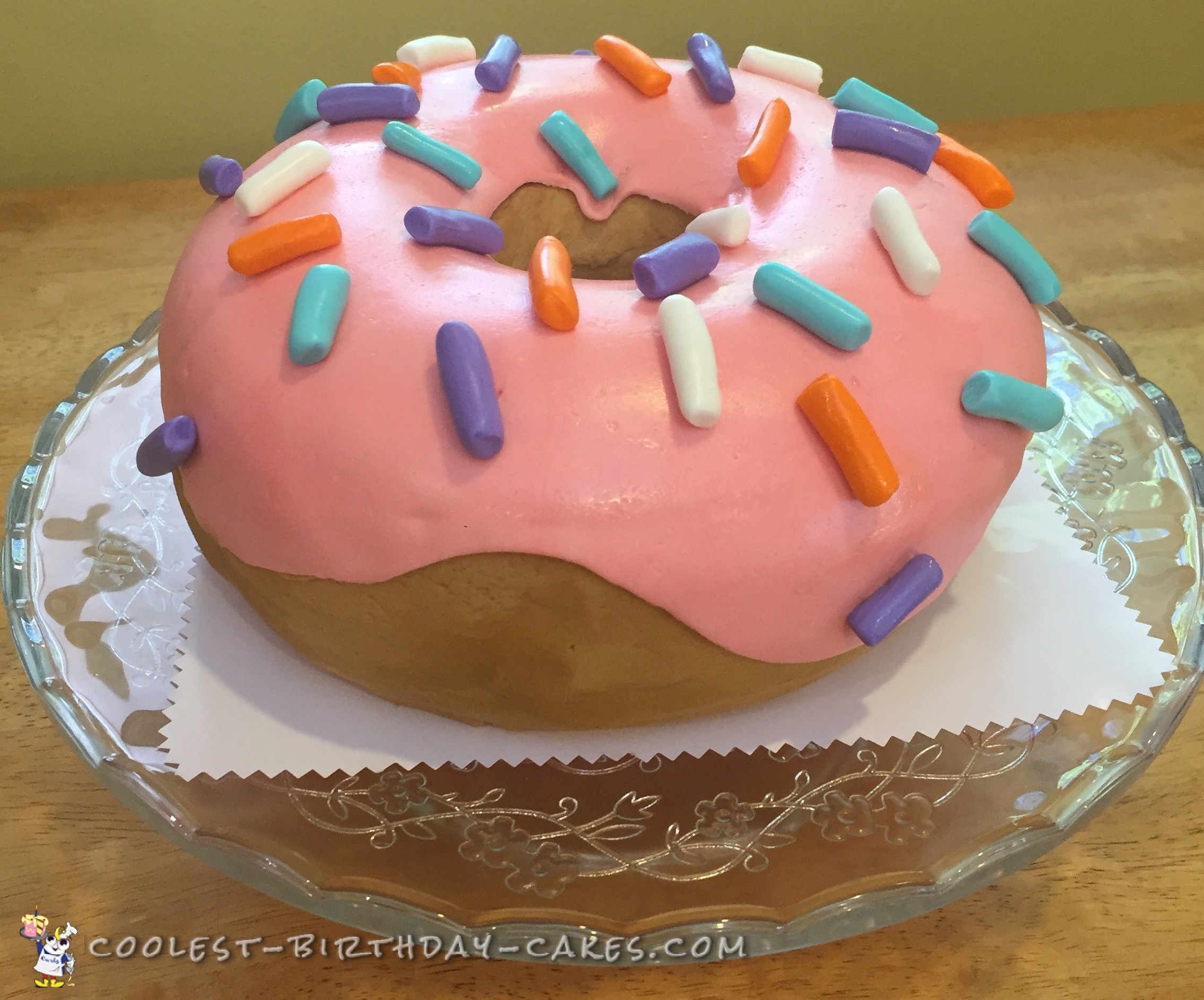 My 12 year old daughter wanted her birthday cake to be a donut cake.

One could choose to sculpt two 8 or 10″ round cakes into the shape of a donut but I chose to buy a donut-shaped cake pan set instead (so much easier!). I purchased the Entenmann’s brand “Jumbo Non-stick Donut Pan” which is a set of two 7″ diameter pans with holes in the center.

I baked the cakes (simple yellow cake) the day before the party and froze them to make carving the raised ‘tops’ off so that the two cakes will stack nicely on top of one another. That same evening I also made a batch of buttercream icing for the layer fill and crumb coat. I made a small batch of marshmallow fondant as well. Then I colored a portion of the fondant pink (for the donut ‘icing’) and I colored small amounts of fondant purple, teal, and orange. I also left a small amount of white fondant (for the jumbo sprinkles/jimmies).

The morning of the party I assembled the cake and applied a crumb coat with icing. While the crumb coat set, I prepared a ‘hard’ icing and tinted it light brown- the color of a donut. I applied the hard icing all over the cake and smoothed it as well as I could. After it crusted, I used the “Viva paper towel technique” to smooth it to  look nearly like fondant.

I rolled out the pink fondant and cut a wavy line about 8″ in diameter. I cut a 2″ hole out of the center. This is the pink icing of the donut. I rolled the rest of the colored fondant into long ropes about 1/4″ thick and then cut them into ‘sprinkles’ about 3/4″ long. It is best to refrigerate the fondant before applying to the cake. It is best to have it chilled and slightly stiff or else it becomes too soft and tears easily.

I very carefully placed the pink fondant over the cake and smoothed it down. I applied the sprinkles by brushing them with water before applying. Then, I brushed everything with a tiny amount of water at the end to make it look shiny.

Like any cake, this took time but it wasn’t very difficult, especially if you have experience with fondant.

Overall it was a big hit! My daughter and her friends loved it! 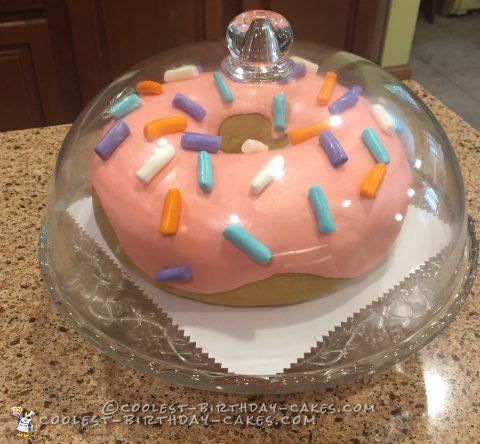 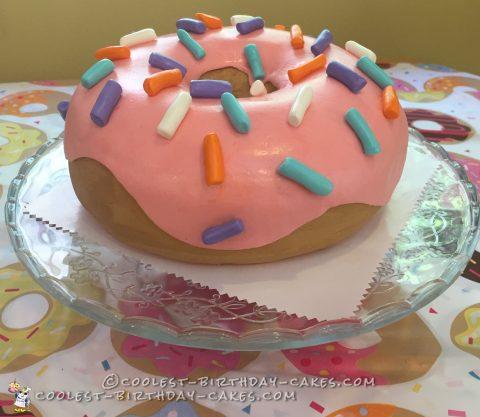