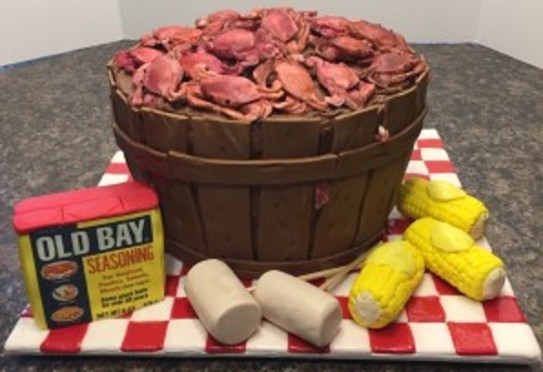 I wanted to make an old bay crab cake to take to a family cook out. The bushel basket was all cake covered with fondant. I made all the crabs out of fondant and dusted each one with red, orange and yellow petal dust.  I made the two ears of corn and the two mallets … Read more 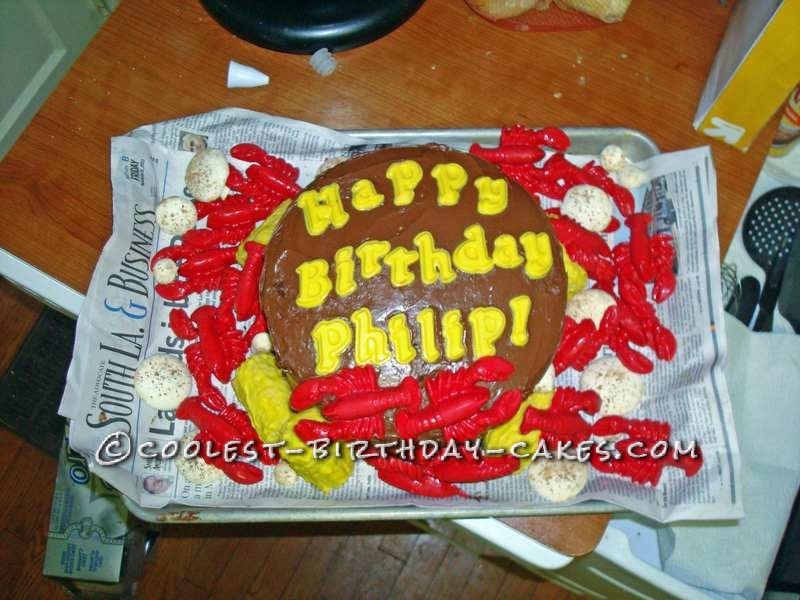 My two year old son is infatuated with craw fish  We live in New Orleans where craw fish boils are a fun way to get family and friends together. Since he was celebrating his second year, laissez les bon temps rouler !(Let the good times roll!) The cake, eh, a plain round chocolate cake. I made it double … Read more 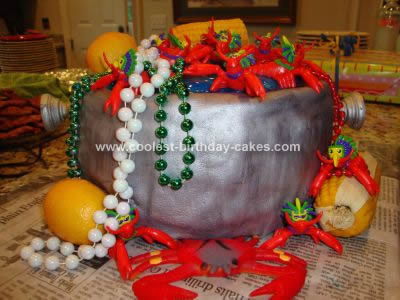 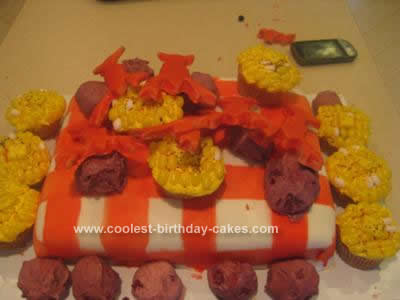 For my daughter’s 15th birthday bash she decided to have a Crawfish boil which I was totally thrilled about. Since Crawfish is only in season a few months out of the year, I am all for any opportunity to eat the poor little bugs. Since Crawfish are pretty expensive and we were estimating 100 pds, … Read more 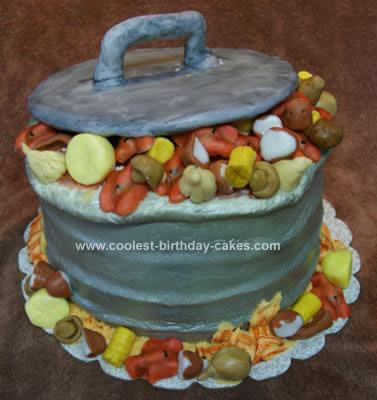 The Crawfish Boil Pot Cake is almond flavored white cake with almond buttercream icing. The lid and “fixings” are made from buttercream fondant. The crawfish are made with white choclate candy melts, topped with pourable fondant icing. This was a cake I made for our annual 4th of July camping trip. It tasted just as … Read more 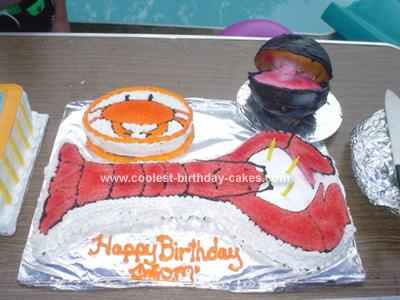 I made this Lobster Boil and Clam Bake Cake for my Mother in law’s birthday. She lives in Boston and we had a lobster boil/clam bake for her birthday. I used a half sheet for the lobster and cut it and decorated it to look like the lobster. I then used a small oval and … Read more 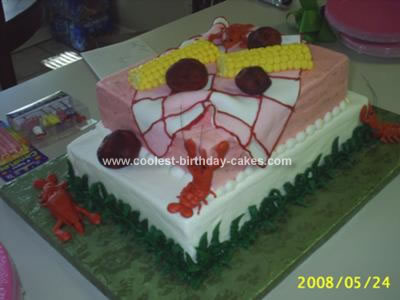 We live in Texas on the Louisiana border where everyone loves crawfish boils. We had a birthday party and had a crawfish boil so the Crawfish Boil Birthday Cake was the perfect one for a theme for a crawfish boil. My step daughter is brilliantly creative and made her own cake.