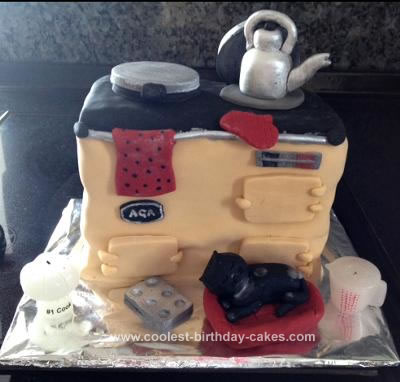 My sister Rosie is a great cook and a big fan of Aga’s, so it wasn’t too hard to come up with a cake idea! I started by baking a chocolate cake as a tray bake, and then cutting it into three oblongs and placing them on top of each other to make the basic … Read more 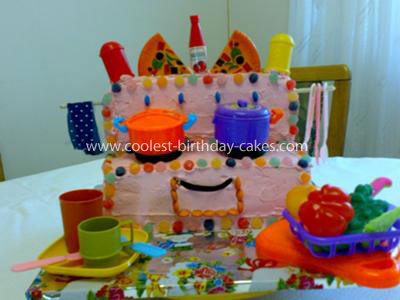 I thought this Homemade Stove Cake would be simple to make using a square cake pan and then just halving it and setting the one half upright as the backdrop of the stove. Boy was I mistaken. The cake was too soft to stay upright and I had to “prop” it up with a packet … Read more 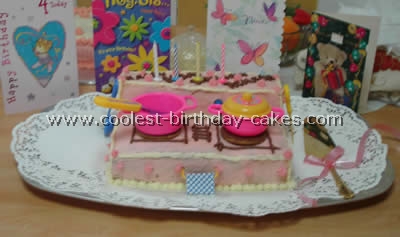 The cake is made of two rectangle ribbon cakes, one cake as the base or for the cooker and I cut a strip from the other cake to get the upper part of the cooker where the controlling knobs are. This strip I fixed to the base cake with some butter icing. I iced the … Read more