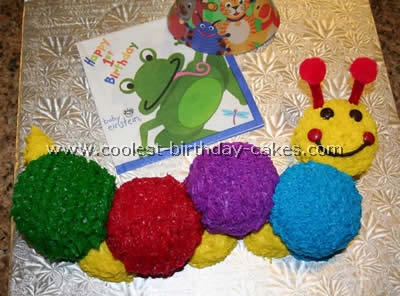 For my sons 1st birthday, we decided to go with the Baby Einstein Theme. Instead of making a rectangle cake and buying an edible Baby Einstein cake image/topper, I decided to do something a little more creative and make the actual Baby Einstein caterpillar cake. I simply used a boxed cake mix and baked five … Read more 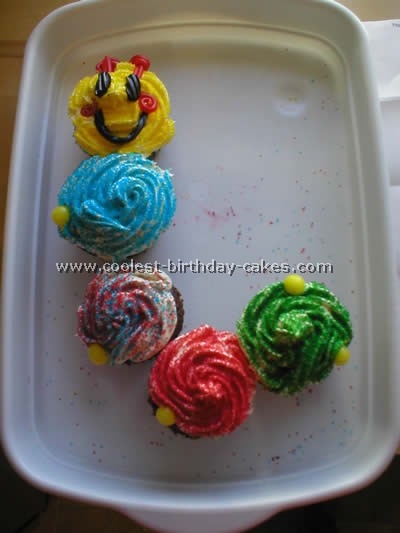 I was looking for a fast and easy way to recreate the Baby Einstein cake for my nieces second birthday party. I like to fold whipped topping into my frosting (the richness of the pure frosting is neutralized but the mixture is still somewhat stiff for piping). To make the caterpillar I used vanilla frosting. … Read more 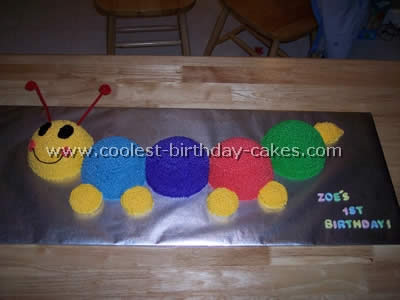 I used Wilton sports ball pans for the body segments and cupcakes for the feet and tail for the baby Einstein caterpillar cakes. I made the 1234 cake batter and Wilton meringue frosting. These recipes were given to me from my Grandmother but I believe they can be found on the Wilton site. I used … Read more

I came across so many wonderful caterpillar cake ideas on this site – I just had to make one for my daughter’s first birthday party. I am SO thrilled with the results. It came out so adorable – I didn’t want to cut it up. I used the Wilton sport ball pan with boxed mixes … Read more 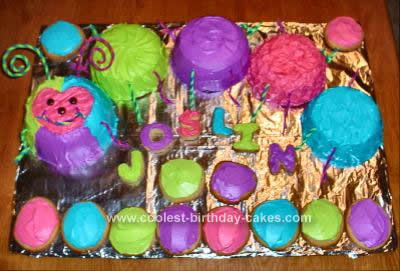 I had so much fun making this Caterpillar Birthday Cake for my daughter’s first birthday. All it took was two boxes of cake mix, three containers of icing (buttercream), food coloring, 1 qt Pyrex (glass oven safe) bowl, cookie cutters, cookie dough, and multi colored pipe cleaners. The most time consuming part of making this … Read more 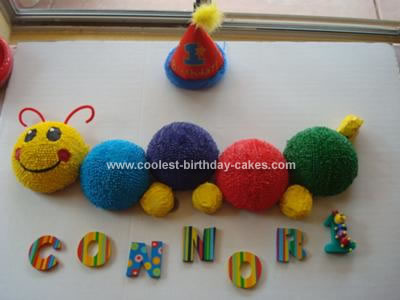 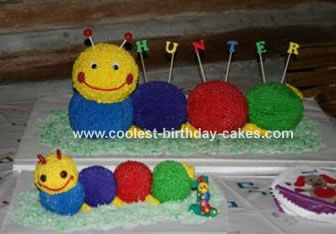 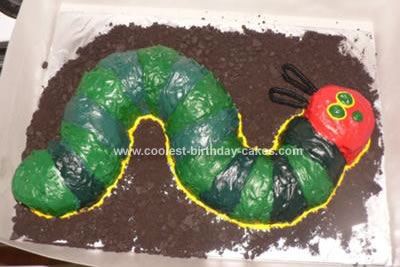 For my son’s first birthday I decided on the “Very Hungry Caterpillar” theme. I actually used this site to get an idea of how to make this cake. I purchased everything I used from Hobby Lobby. They have a great cake making department. I made two bundt cakes. Not the smooth bundt pan but the … Read more 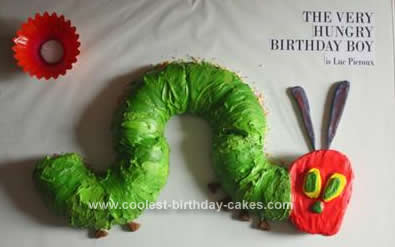 I used a recipe for a chocolate-marble-cake and scaled it up as I needed to bake 3 cakes for the Hungry Caterpillar 1st Birthday Cake. 2 x 25cm bundt cake rings 1 x 15cm round cake tin (you could use a 10cm one, I just had a 15cm one so had to cut a bit … Read more 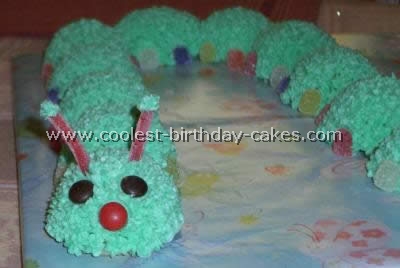 We did a girly bug party for my daughters 2nd birthday party. She was always talking about caterpillars so I made this cake. I used the Wilton mini egg pan. I made a homemade basic butter cake recipe. When the egg cakes were done I lined them up on a cake board, and pushed them … Read more 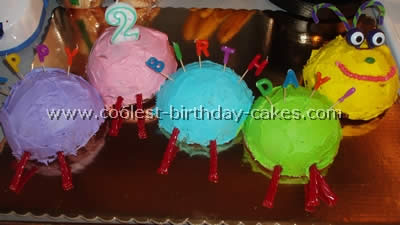 I used the Wilton sports ball shaped mold preparing each caterpillar cake a different flavor (and without eggs for my friends children who have egg allergies). I then bought buttercream frosting at the cake store that has such an awesome array of colors. I frosted them in the same order we made her invitations. For … Read more 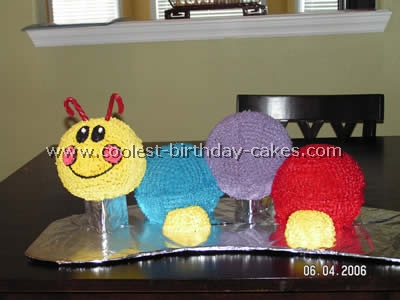 On my sons 1st birthday, my wife really wanted a special birthday cake. She came up with the idea of a Baby Einstein theme and wanted the Baby Einstein caterpillar cake. I insisted on making the cake and used the caterpillar from the video as a guide. I wanted it 3 dimensional so I used … Read more