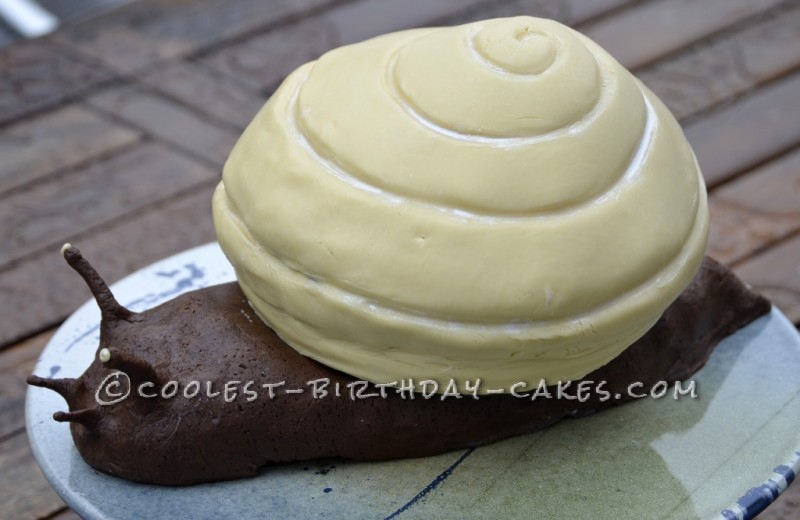 This snail cake was for a friend’s daughter, who is crazy about snails! The base was made from rocky road, as I wanted something stable enough to carry the shell. I covered the rocky road in a layer of dark chocolate plastique. The shell was made from 2 cakes. One was a half sphere, baked … Read more 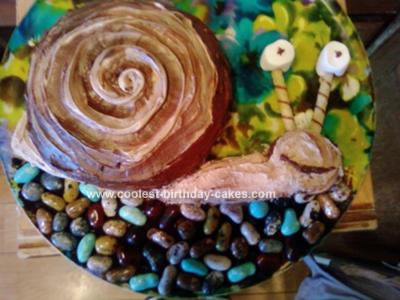 My daughter is turning 6 and is in love with snails. She has water snails for pets and spends countless hours searching for and playing with garden snails around the property. I wanted to surprise her with a snail cake, but didn’t want a huge commitment with baking and sculpting all day. I baked two … Read more 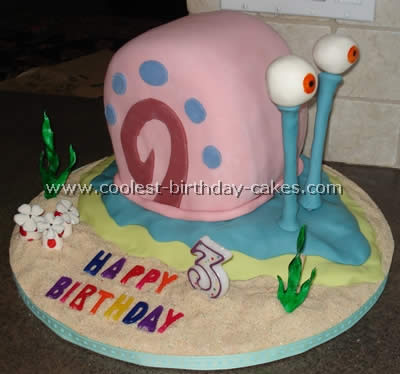 This cake was at the request of my youngest daughter who was turning three and is a big fan of Gary the Snail from Sponge bob. I copied a Spongebob photo. I made four 8X8 cakes, filled them with basic butter cream then stacked them to make a big block of cake. I then carved … Read more 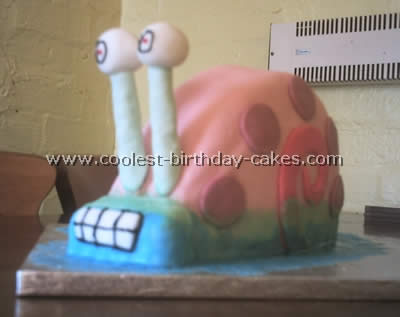 A few days before my daughters 5th birthday she informed me that she wanted a Gary the snail cake from sponge bob. I used a spongebob photo trying everything possible to get it right. I baked 2 round sponge cakes. Once cooled I placed them on top of each other and sliced a quarter of … Read more 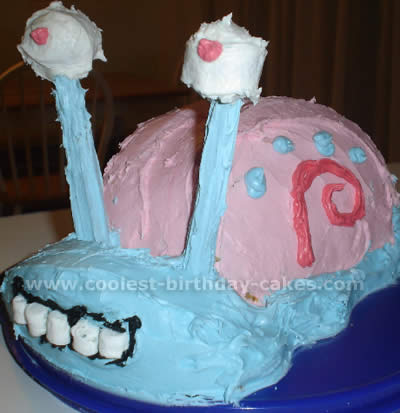 My daughter wanted a Spongebob theme for her 3rd birthday party. I bought all the Spongebob party supplies but I wanted something different for the cake. I stumbled across this site and loved the idea Spongebob photo of Gary the Snail cake. My daughter loves the new episode where Spongebob loses Gary so this was … Read more 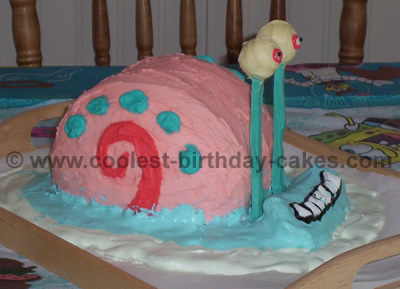 My daughters favorite character from Sponge Bob is Gary the snail so I was charged with rendering him in 3-D for her Birthday – I could have made it a flat cake but prefer to do things more “realistically”. Gary ‘s mouth is one of the trimmed ends from the round cake. The two layers … Read more 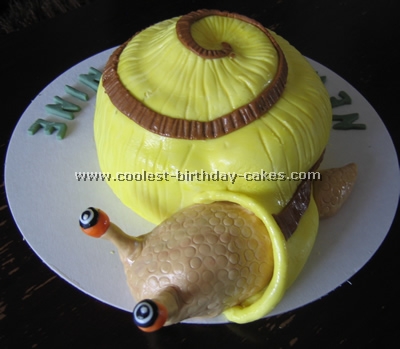 I used a round baking tin to make this snail cake. I made a coil of icing on top of the cake. I then covered it in yellow icing. I made the body. I pressed lots of tiny circles in it and varnished the body with edible varnish for slime effect. 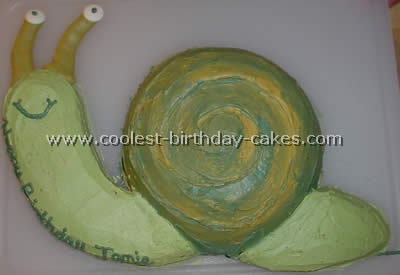 I was asked at the last minute to do create a cake in the shape of a snail for my best friends birthday. I used a round cake pan and a horse shoe that later I cut and carved for the head and tail. To color the snail I made two colors and blobbed them … Read more