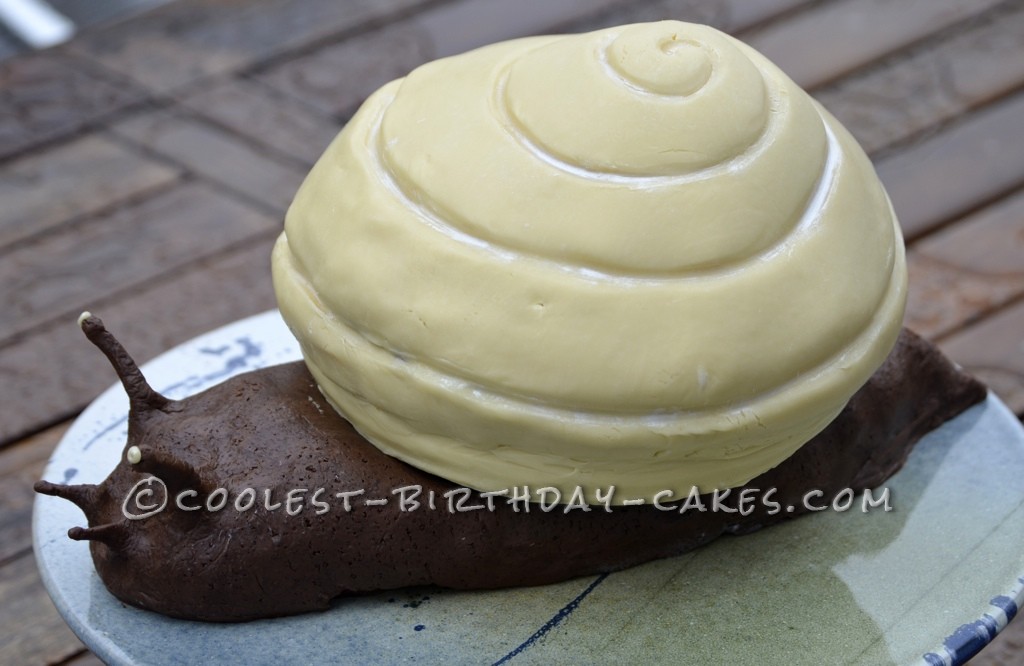 This snail cake was for a friend’s daughter, who is crazy about snails! The base was made from rocky road, as I wanted something stable enough to carry the shell. I covered the rocky road in a layer of dark chocolate plastique.

The shell was made from 2 cakes. One was a half sphere, baked in a round bottomed pan. The other a regular round cake. The 2 were sandwiched together with chocolate buttercream, sculpted a bit, and then covered in white chocolate plastique (I love this stuff – it tastes SO good! It’s made from melted chocolate, glucose syrup, cocoa butter. A tasty alternative to fondant).

The birthday girl was delighted, which was a great relief. She has a great eye for detail and I really wanted it to look realistic. She loved the eye stalks, and the kids fought over who would eat the snail’s bottom!!

There was a horrible moment during the making of the cake when it really wasn’t going right at all. It looked more like a dog poo than a snail’s body! Luckily, I managed to improve it’s looks!

Coolest Ladybug Cake in the Garden