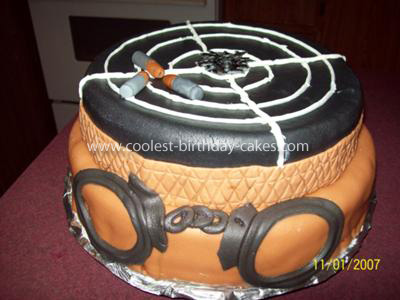 This Homemade Target Cake was a simple cake to prepare. I made the cake of two boxes of chocolate cake mix and one box of pound cake. I modified the ingredients a bit, I used five eggs between the three boxes and I used ¼ less oil and water than each box of chocolate cake … Read more 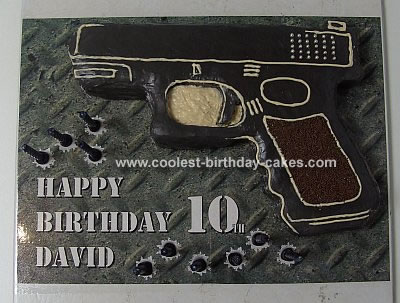 A somewhat bizarre theme for a cake perhaps, but fitting to the party venue; my young son wanted a “Laser Skirmish” party – the current fad in his social world. One of my son’s best friends is blessed with a mum who is also a New South Wales (Australia) Policewoman; my son has always had … Read more 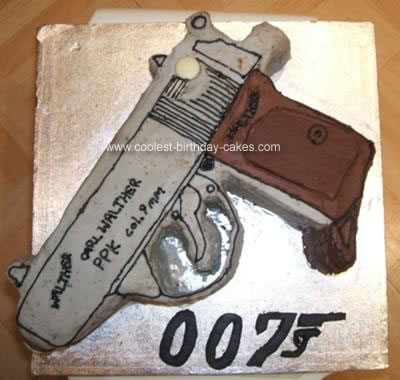 My Stepdad is a James Bond fan so for his birthday I made this Walther PPK cake, Bond’s weapon of choice! I made two cakes in loaf tins, and filled them with buttercream and jam then chilled them. I printed a picture of a PPK and then just enlarged it by hand very simply to … Read more 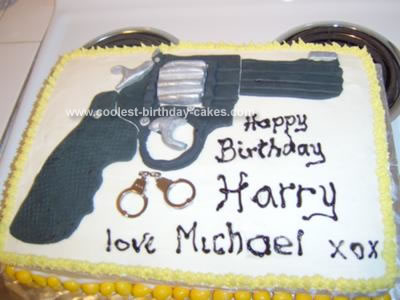 My father in law loves pistols so I came up with this pistol cake. I used 4 butter cake mixes in a 14inch tin. I iced it with buttercream icing. Cut out a pistol. I got the picture from the net. I used royal icing and used gumtrag to harden it. I added some M&M’s … Read more

I have three children who’s birthdays are all in September 10th, 12th, and 16th. Three years ago I decided to try and make their cakes to try and save money. So I tried and they didn’t turn out too bad. So I started searching the internet to learn more about cakes and fondant etc. You … Read more 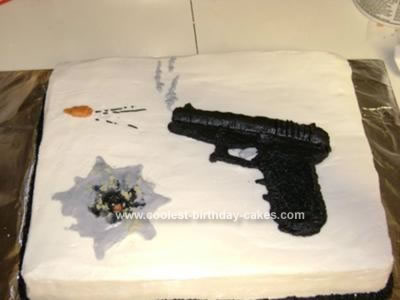 I baked this Smoking Gun Cake at the request of a friend who’s spouse teaches firearms classes. They wanted to serve it at the end of the year picnic. The cake is a vanilla batter and the frosting is butter cream. I printed out pictures of the gun online and used one to outline it … Read more 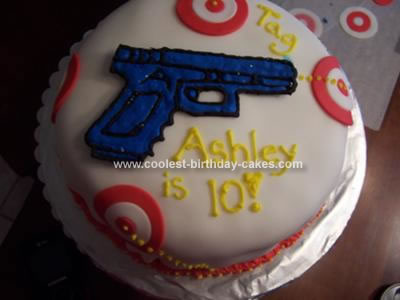 My daughter was having a laser tag party and wanted to have a Laser Tag Cake to match. The attached is what I came up with. I made two 8″ round cakes using 1 cake box. I iced it in butter cream icing and then covered it in fondant. The fondant I used was store … Read more