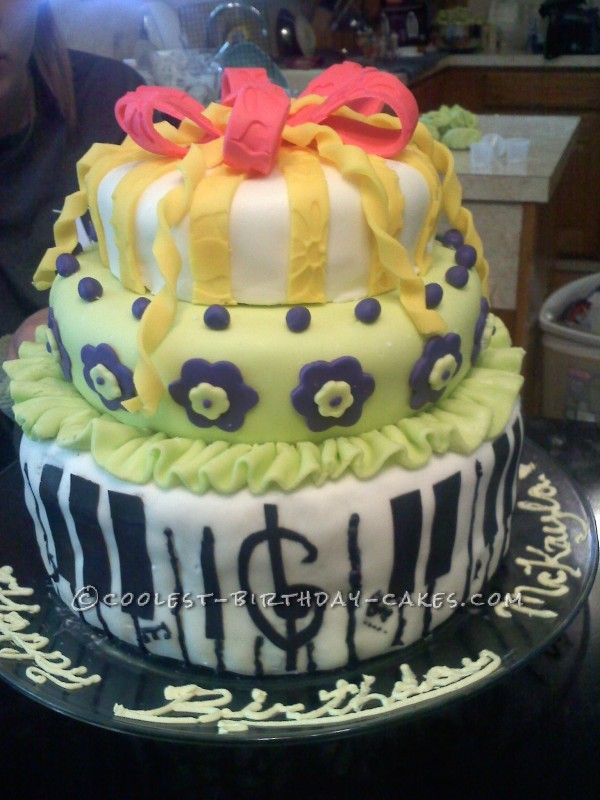 I wanted to make a cake that told about my 16 year old daughter.  Starting with the bottom layer. She lives and dies for the piano. She currently is starting to write her own music. I would guess she plays 2-3 hours a day.  She doesn’t like chocolate, so everything was either white or a … Read more 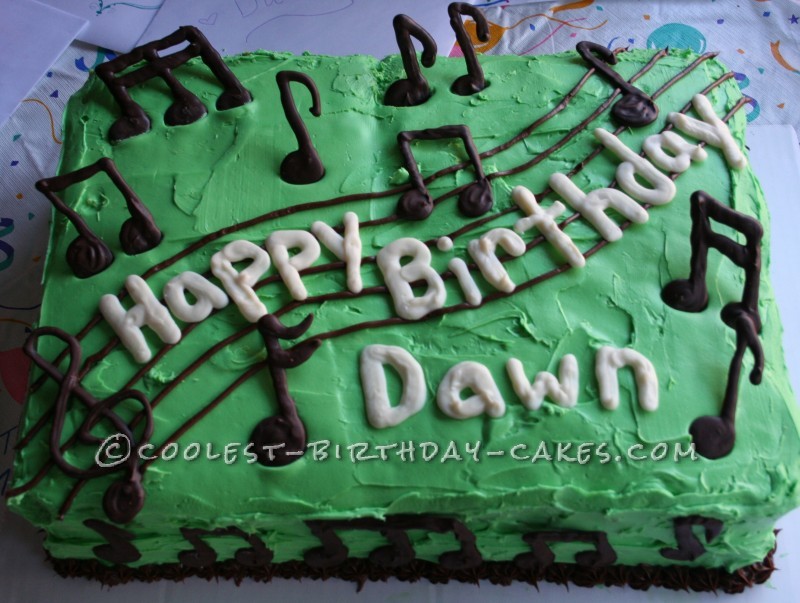 This was a cake that I made for my little sister’s 14th birthday. She really loved music and playing the violin, but she is also a big fan of cake. So I decided to make her the coolest cake ever. I bought two boxes of cake mix and vanilla icing. Bake the cakes according to … Read more 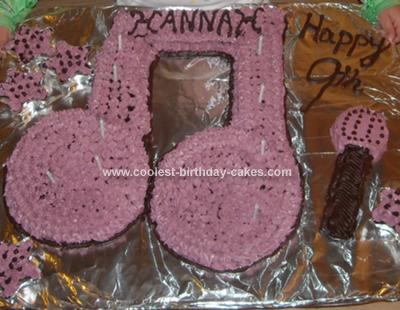 My daughter wanted a Hannah Montana cake but luckily I talked her into a giant Music Note Birthday Cake since she loves music. This was a first attempt for me, but it was a lot of fun experimenting. I used two 9″ round cake pans for the base of the cake and a simple 9 … Read more 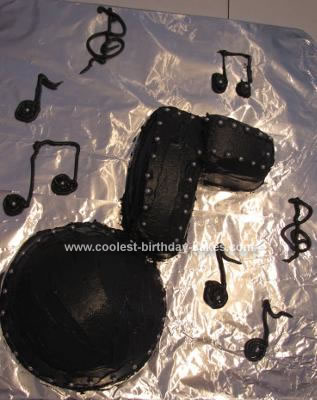 I created this Music Note Cake using the Wilton sports ball pan (half of it!) and cut portions of a square cake to make the rest of the note. I tinted my buttercream icing with Wilton black tint and used edible silver candies to add a little pizazz! I used more of the icing to … Read more 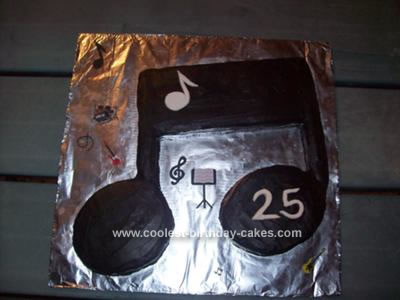 I made this for my cousin’s 25th birthday party! He is a worship leader and just loves music. I first started by baking 2 cakes. One of them was just in a regular 9×13 pan and the other was in two 9-in pans. After they cooled I inverted them onto a cardboard mat. Next, I … Read more 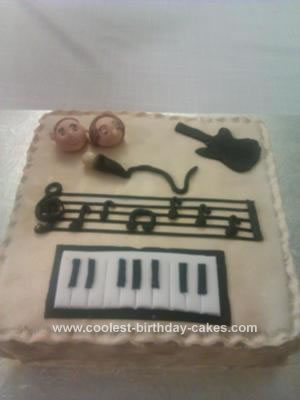 This Music cake is a really easy cake to make. I used a 10″ square chocolate cake and covered it with chocolate butter cream and white fondant which I sprayed gold using edible paint. The character heads were made using fondant as were the musical notes, guitar and microphone. 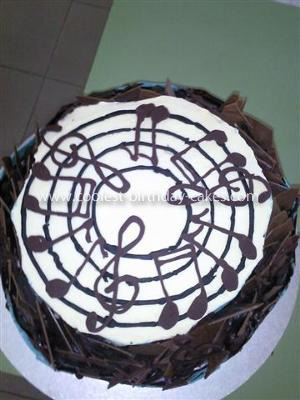 A friend asked me to make her son’s 16th birthday cake. She said he was into beatboxing so it needed music notes over it. Her other request was that it be a mudcake loaded with chocolate. To get the height I needed three cakes. The bottom layer was larger then the top layer which had … Read more 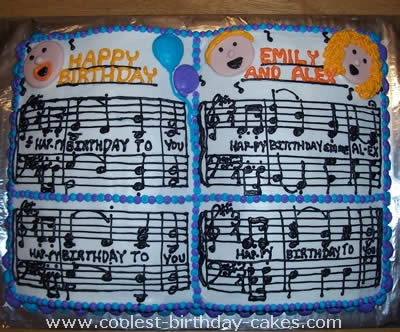 I iced it with white icing and then copied the sheet music (with some slight note variations to avoid copy write infringements) with chocolate icing with black coloring added. It is a lot easier to make black if you start with chocolate otherwise you just get grey! The faces are fondant and the hair is … Read more 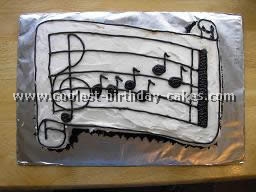 I made a 9 x 13 sheet cake and used a stencil that I had drawn to cut out the outline of the scroll. I used buttercream icing for the main color and a tube of black icing for the rest. Before I started the music notes I “drew” everything with a toothpick in the … Read more 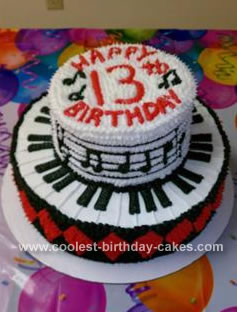 I made this music cake for my pastor’s wife. Yes, she was “13” because she is a leap year baby so our church threw her a 13th birthday party! She is also our music director and plays the piano, which is why I went with the music theme. The top tier was made of 2 … Read more