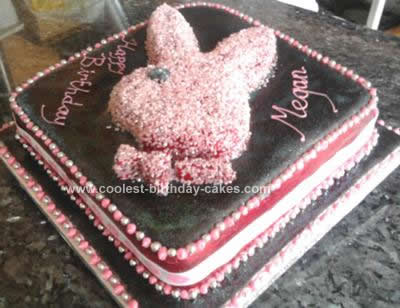 I had made a Pink Playboy Cake Design some months earlier than this one for a friends daughter’s sweet sixteen party but that was done in a very hot pink heart with a black playboy bunny on top. I was then asked if I could do one for another friends 10 year old. I decided … Read more 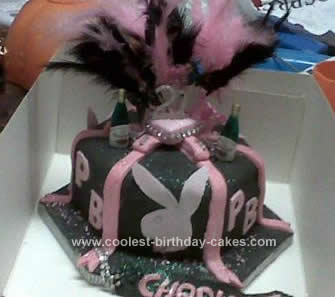 This Homemade Playboy Box Cake was made for a 21st birthday. It’s a very simple cake but effective, everyone was thrilled at the cake. It’s a very girlie cake full of dimonties sparkles and glitter. I used the popular play boy colours, black and pink. It took me 3hrs to make this from scratch. That’s … Read more

I made this Playboy Bunny Birthday Cake as a surprise birthday cake for my brother-in-law on June 7th, 2009. He’s former US ARMY, and thought this would be prefect for him and his personality. I did use the Wilton Playboy bunny cake pan, however my first attempt at the P-bunny broke up at the ears, … Read more 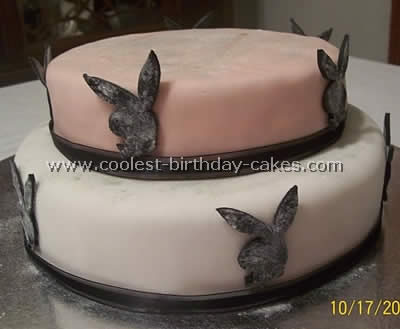 I made this Playboy cake for my best friend. I wanted to surprise her with something special. Working with fondant is very easy if you have the patience. The cake is a basic pound cake recipe and I covered both cakes with decorators icing then covered that with fondant. I made all the playboy bunnies … Read more 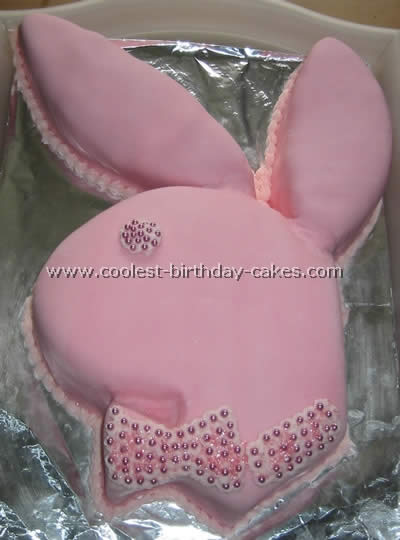 I was asked to make a Playboy cake for our 14 year old friend. I did this by baking four round cakes. One pair went on to create the head whilst the others were cut to produce the ears and the tie. It was then covered in baby pink sugar paste and details were butter … Read more