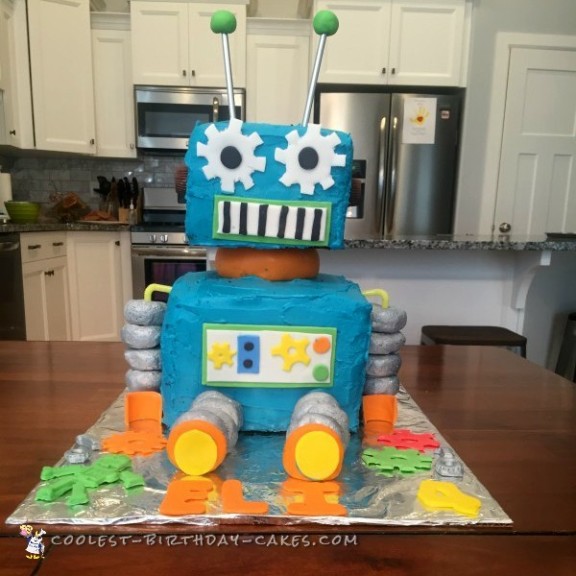 I made this robot birthday cake for my sons fourth birthday, per his request.  It was so much fun to make, and it wasn’t too difficult either!  I chose not to cover the cake in fondant (except the neck) because I don’t love the way any fondant tastes. I opted to just cover the cake … Read more 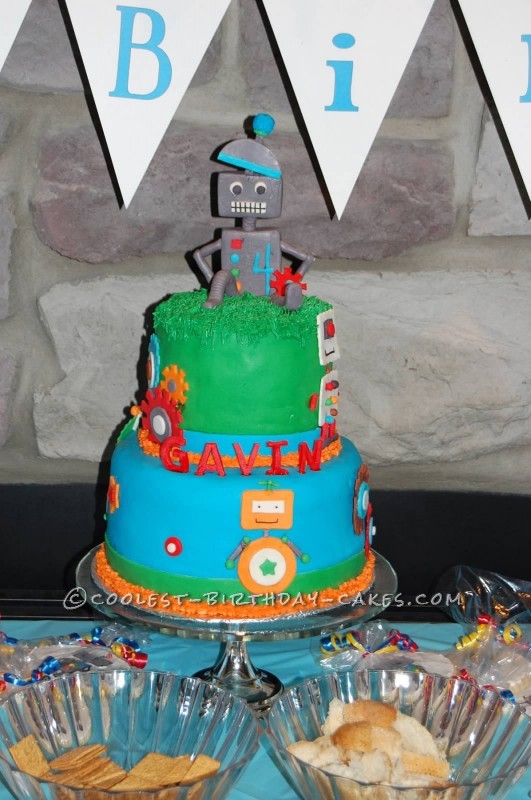 When my son’s fourth birthday came around he was obsessed with robots. He wanted all the movies, action figures, etc. So we knew that his party would be robots. I knew exactly what I wanted to do. I made a robot cake topper that matched his invitation out of fondant and gum paste and let … Read more 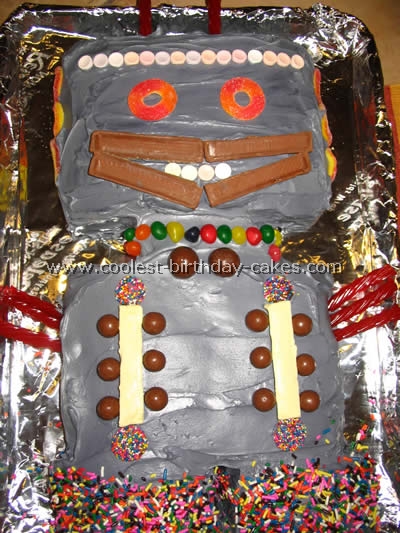 My son was really into robots so I made this robot cake for his third birthday! I made two square cakes, one for the body and the other I cut up for the feet, etc. The candy all over the robot was a hit also, I bought store butter cream and added black coloring till … Read more 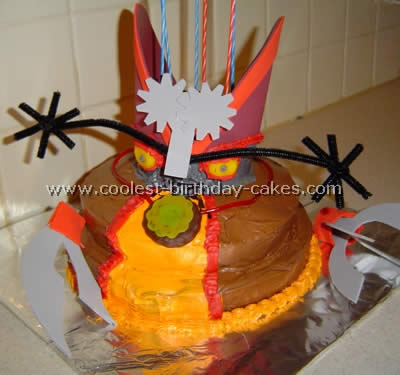 This cake took a lot of thought! Our son loves the movie “Robots” and especially the character Madame Gasket’. I copied a free cake design from a book. I baked a 9″ double layer cake and frosted it with chocolate icing. I also baked a 6″ round cake (used a large ramekin) which became Madame … Read more 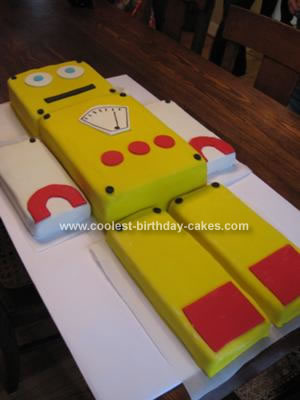 I made this robot cake for my son’s 4th birthday. I made 6 13×9 cakes. I added pudding and sour cream to the mix as well as the eggs and water (cake doctor recipe). The head and body were both two layers (one yellow and once chocolate), the arms and legs were one layer. The … Read more 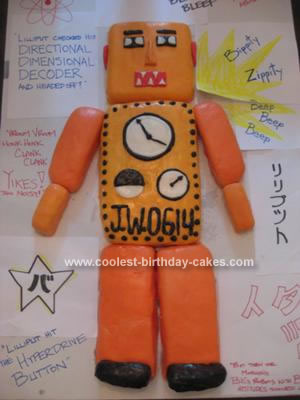 My now 4 year old son’s interest in robots began earlier this year when he discovered a really fun book called Lilliput 5357 about the 1940’s vintage robot (Lilliput 5357: Stephan Czernecki). We even found a reproduction of this unique toy from Back to Basics and gave it to him for Christmas. So when it … Read more 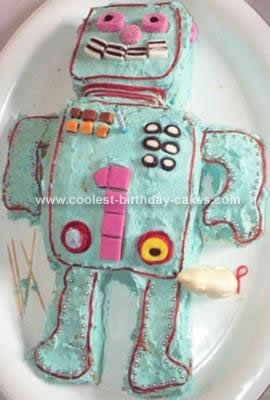 This Robot Birthday Cake Design is the cake that I made for my son’s 1st birthday. I wanted to make something fun, but didn’t have a lot of time. I simply made a huge sponge cake in a roasting tin. I used one and a half times Delia Smiths basic Victoria Sponge recipe, which was … Read more 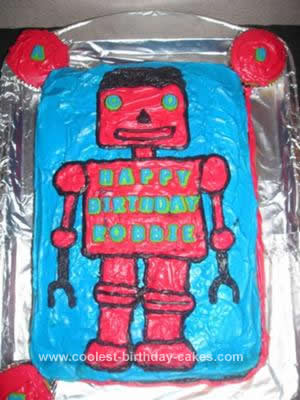 At the time of my son’s 4th birthday, robot themed party supplies were hard to find. I searched online for robot images, found one I liked, photoshoped it a bit to fit my needs and printed it out so that I could refer to it while decorating the Robot Birthday Cake. Thankfully icing is quite … Read more 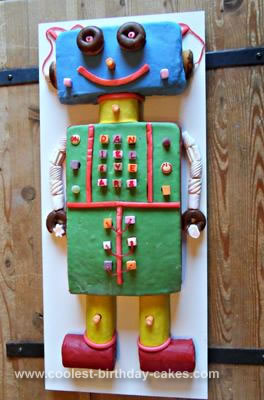 My son wanted to have a robot cake and so he did. Easier than you would imagine, I baked 2 cakes on rectangle and square shapes then cut them to shape.The filling was a nice mix of chocolate, cream and fresh raspberries. The eyes, ears and hands are mini doughnuts, the arms are marshmallows, legs … Read more 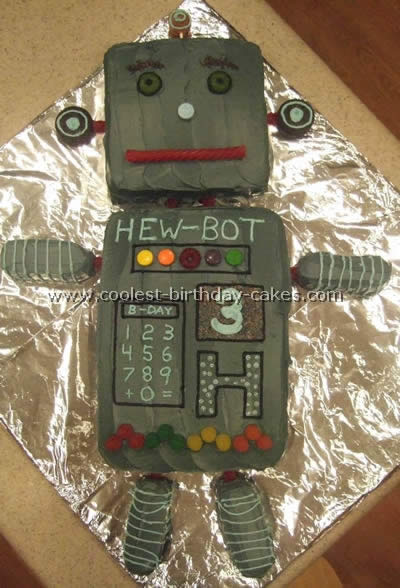 I copied this Robot cake from a gallery of cake designs on this wonderful site. I used an 8×8 for the head, 9×13 for the body and Twinkies for the arms and legs. I connected everything with Red vines, decorated with gray frosting (looked like metal) and decorated with candy. We named the robot after … Read more 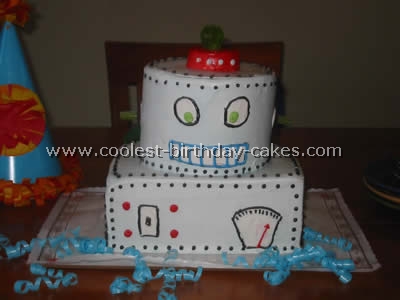