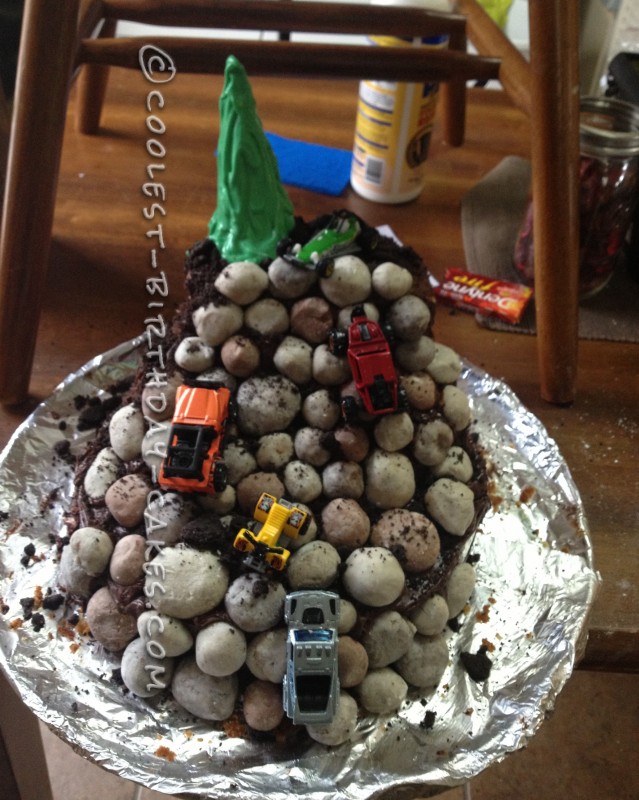 This rock crawling cake is a 3 tier cake I made for my husband’s birthday who loves all things car. His favorite cake is butter recipe, golden and chocolate frosting so I went with that. I stacked the three layers off center and cut the top two at an angle to simulate a hill.  The … Read more 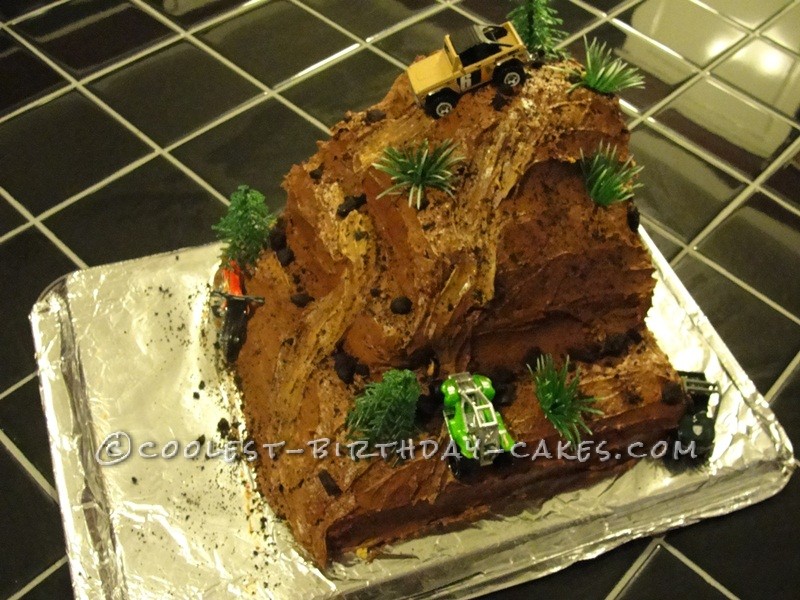 I made this Off-Road ATV layered cake for my husband’s birthday last year. It is made out of orange cake with chocolate fudge frosting. It was pretty simple initially but the more I stacked the layers up the harder it was to control. First I took a couple of sheet cakes and then cut them into … Read more 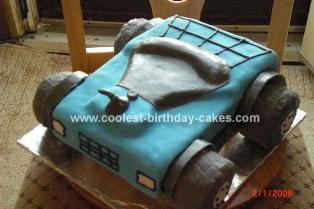 I was asked to make a four wheeler cake for a grooms cake and I did this one just to try it out and see how well it would work. I see some errors that need to be fixed next time but for a first time I didn’t think it was that bad. 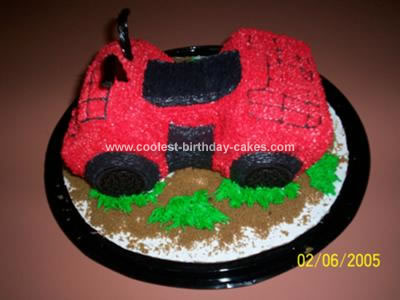 This Four Wheeler Cake is an easy cake to make. I took two round cakes and carved out the four wheeler. I then pasted (with icing) Oreo cookie (first separate the cookies) onto the four wheeler as the tires. I then piped the color with a small star tip all over the cake and outlined … Read more 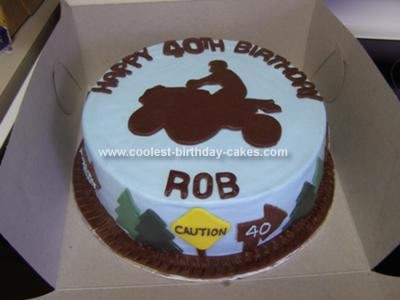 This homemade ATV birthday cake was for a friend’s husband who loves four-wheeling. It’s a 10” round cake iced in blue buttercream. I found a silhouette of a man on a four-wheeler via the internet. I printed it, traced it onto chocolate fondant and cut it out with my small fondant cutting wheel. The letters … Read more 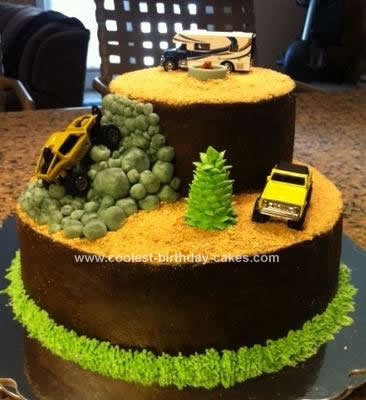 My dad is into rock crawling and four wheeling and builds all kinds of off road vehicles. So I made this Rock Crawling Cake for his birthday. I did the rocks out of fondant and the dirt was a mixture of graham cracker crumbs, raw sugar and brown sugar. The tree was done with royal … Read more 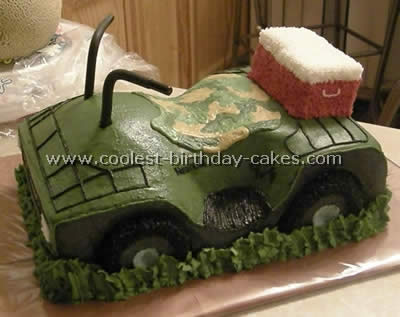 This ATV cake was done for a 30th birthday for a guy who loves 4 wheeler riding in the mud. His wife asked if I could do a 4 wheeler so I experimented! The cake is made from a triple layered 9 x 13. I baked and layered the cakes and went to carving! I … Read more 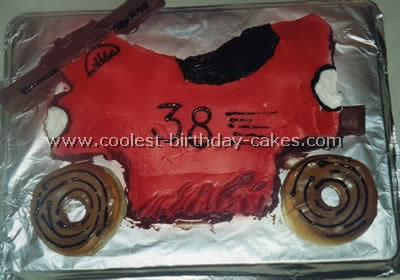 I baked a 9 x 13 cake. I always make a day ahead and freeze the cake (after I take it out of pan). It makes it much easier to cut into shapes. Then I hurry and frost it while still frozen. For this cake I cut a spot out for each wheel and a … Read more 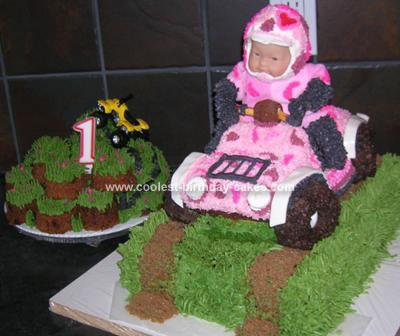 My one-year old granddaughter is already enjoying the outdoors with jaunts (very slow) on her Dad’s ATV. With pink camo pretty visible in her wardrobe, making a pink camo quad birthday cake seemed appropriate. I used the 3D Cruiser shaped pan and then did a lot of sculpting to make it into a quad. The … Read more 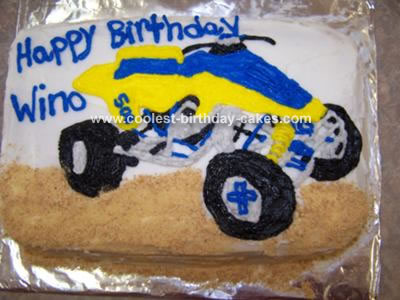 I made this ATV cake for a friend who absolutely Loves Atv’s! I looked online for his Atv and printed it out. I baked a small vanilla cake and iced it with Butter Cream Icing. After I bake and Ice a cake I like to put it in the fridge for awhile so when I … Read more