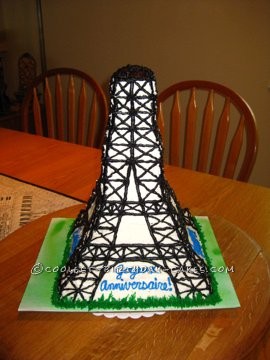 This Eiffel Tower Cake was for my friend’s 40th birthday–she loves Paris, but couldn’t get there, so my daughter and I told her we would bring Paris to her! I honestly can’t remember exactly how many cakes we stacked, but I think it was 4 8×8’s, plus 2 cupcakes at the top. I froze the cakes … Read more 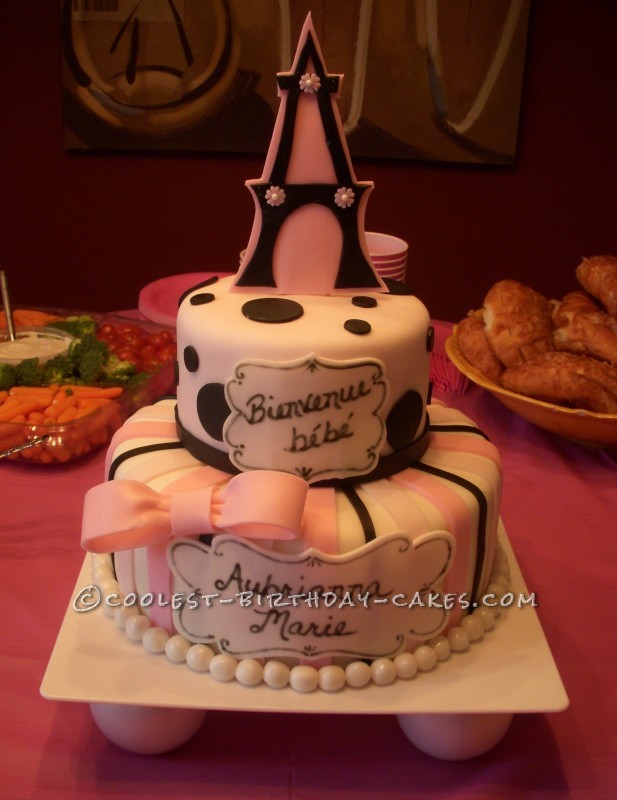 My friend, Sue asked me to make a cake for her daughter-in-law Deanna’s baby shower.  Deanna wanted a Paris-themed cake. I searched the internet and found several cakes.   I sent several pictures to Sue and she, of course, picked the one I didn’t like. But I wasn’t  going to say anything.  Instead, I combined ideas from several other … Read more 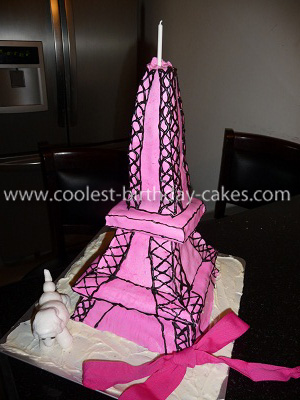 I made this Homemade Eiffel Tower Cake for my daughter’s 7th birthday. She has a “thing” for Paris and the Eiffel Tower (not sure why or where it came from), so this was a great idea. I decided to challenge myself with a 3D tower instead of a 2D. The last birthday in the family … Read more