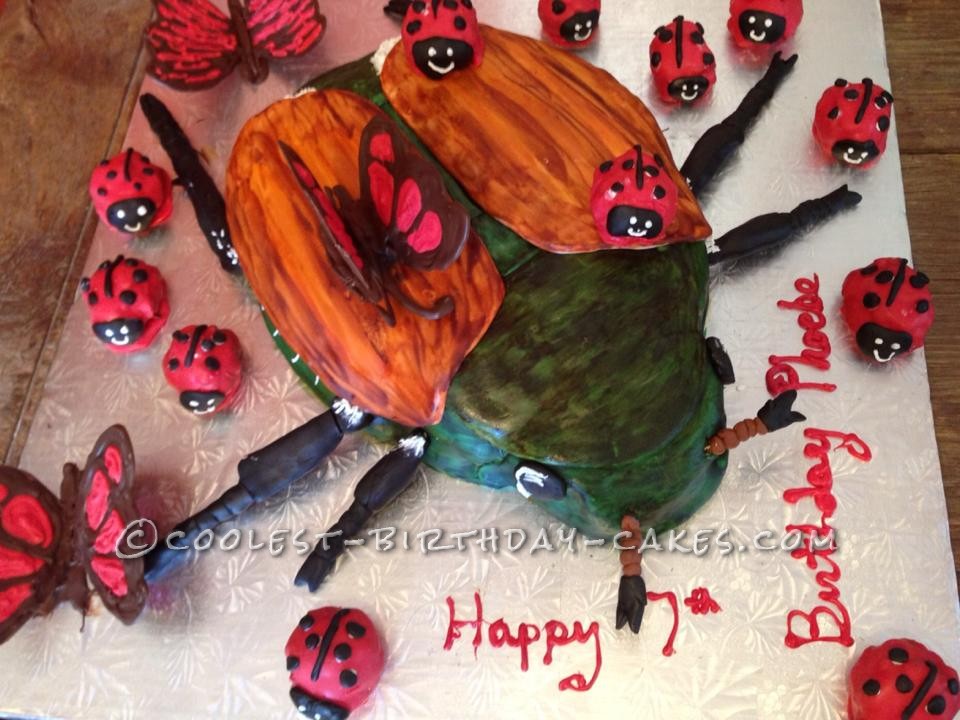 So, in December of 2013, my nephew wanted a Beatles cake.  He had come to love their music and so had the Beatles themed party, cake and all.  His younger sister, who loves him very much, wanted a similar cake.  So since she is a warrior princess, we changed the Beatles to beetles and threw in some ladybugs and butterflies as well.

This cake was a blast to make.  It was my first real scultped cake. The sculpt of the body wasn’t too difficult.  I used a 9×13 cake and a smaller 6 inch round for the head- both chocolate.  I cut out a large shape of a beetle on paper, laid it on the cakes and then cut out the shape from the cake.  Then I covered the cakes with a delicious chocolate ganache.   The hard part was decorating the beetle with fondant and getting his features right.  I covered the beetle with fondant and then painted it with food coloring.

The first issue I had was with his eyes.  They were way too far forward on his head, so he looked like some kind of weird turtle, since I hadn’t put his wings on yet.  The rest of him was all green.

Then came the wings… oh my the wings.  I wish I had taken a picture of the first ones I had done.  They honestly looked like two chicken breasts sitting on the back of a bug.  It was so odd.  Color and everything- cooked chicken breasts.  The morning before I was to take the cake up to my niece, I decided to rip the wings off the beetle and start over with them.  I’m so glad I did.  I reshaped the wings and recolored them and got them looking much better!

Afterwards I included some chocolate butterflies and some cake pop ladybugs to decorate around the beetle.  When my niece saw it she said, “Aunt Christy! That’s so cool… and so disgusting!! I love it!”  Thankfully the cake was a hit with children and adults a like.  My brother, who is not much of a fan of sweets, loved the chocolate cake and the ganache and said it was the best of chocolatey-ness.  I think it turned out well for my first sculpted cake. 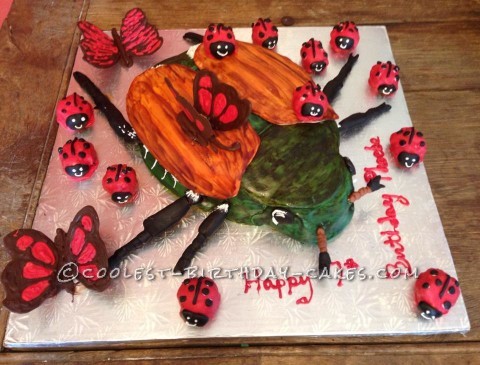 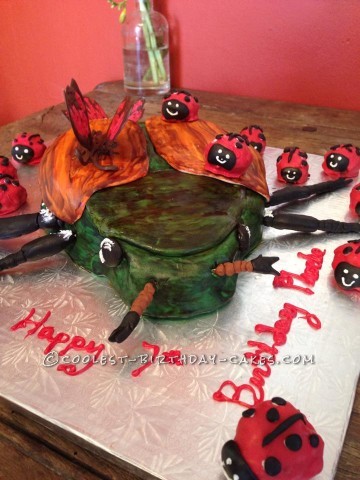 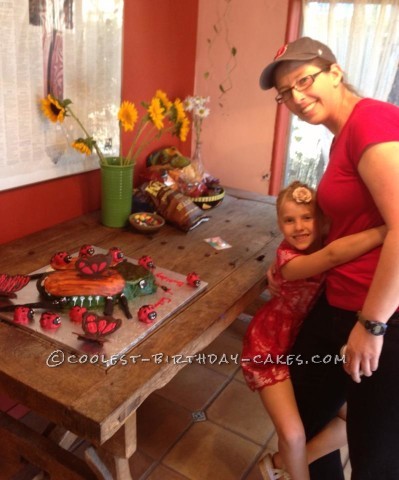 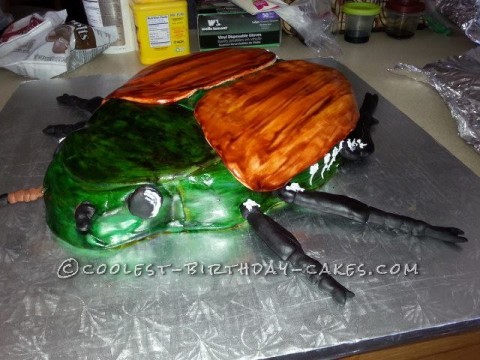 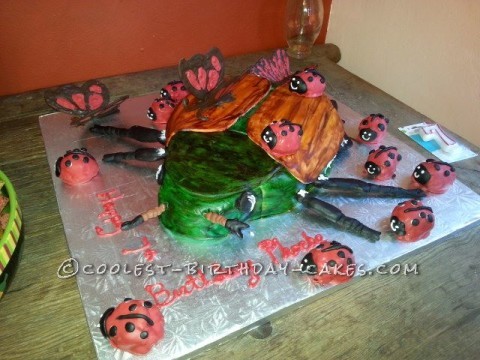 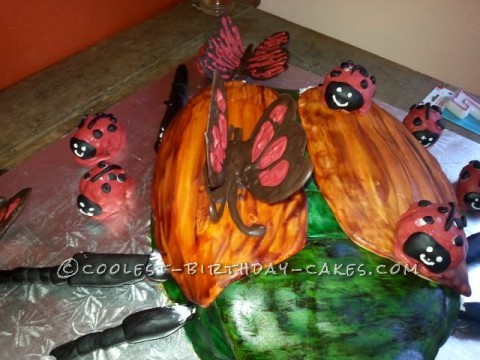