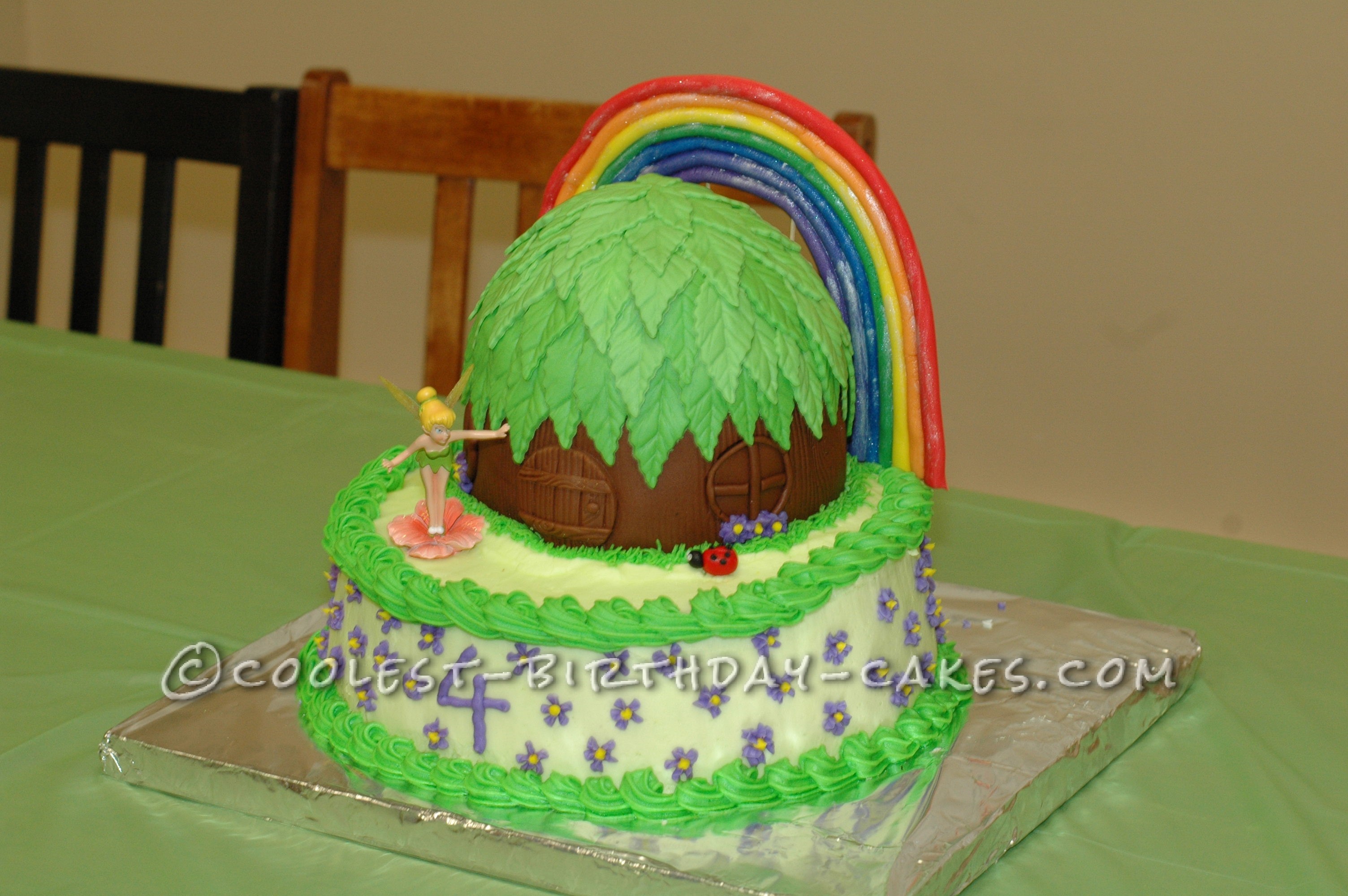 My daughter wanted a Tinkerbell cake for her birthday, with specific instructions that it also had to have her house and a rainbow.

I made a 10″ x 3″ round cake for the base.  The base layer was a dark rich chocolate cake, and the top layers were a vanilla cake with pink sprinkles.  For the bottom layer, I smooth iced it with lime green butter cream, and added purple drop flowers.  The top and bottom borders were using a new tip that I had just bought that almost looked like a castle.  I quite liked the effect that it made.  For the house I used a 6″x3″ round pan, and the small ball pan.  I covered the house with brown fondant with a wood grain for the main part, and added a door and windows (I loved how the door turned out).  I then cut out a multitude of leaves, imprinted veins on them and added them to the roof.  I used the grass tip to put a border around the bottom of the house.  I had debated putting more flowers around the base of the house, but I thought that would get too busy.  For the rainbow I rolled out the 7 different colours of fondant, formed it into the U shape and let it dry overnight with a fan.  I should have made it a day earlier, but I ran out of time.  I put a bit of sparkle dust on the rainbow to give it a bit of a glitter.  I wasn’t really thrilled with the results of that.  One tip that I had gotten online was to use the fondant smoother to roll out the “worms” for the rainbow, it allowed for a very even tube.  I also found that having the fondant well warmed with my hands made it a lot easier to roll out.  I didn’t work the orange enough before I rolled it out, and it cracked in a few places.  I added the fondant ladybug because it looked like something was missing.  We put the candles on the cake in front of the door between Tinkerbell and the ladybug.

Everyone at her party love the cake, and kept asking us where we had gotten it made.  My husband just responded “from our kitchen”. One of the kids later said that the cake was the best part of the party – considering the party was at one of the most popular kids places in town that is very high praise from a 5 year old. (Apparently it also tasted better than it looked, and they all thought it looked amazing.) 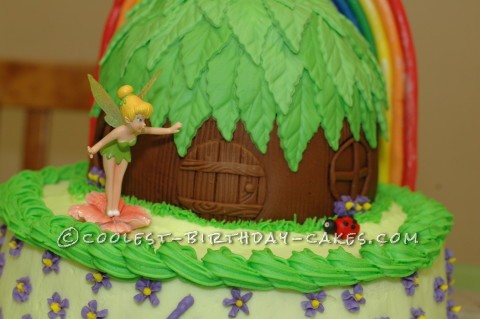 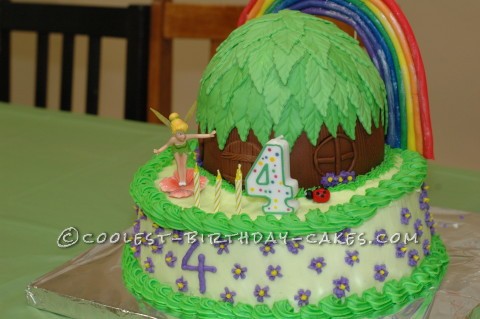