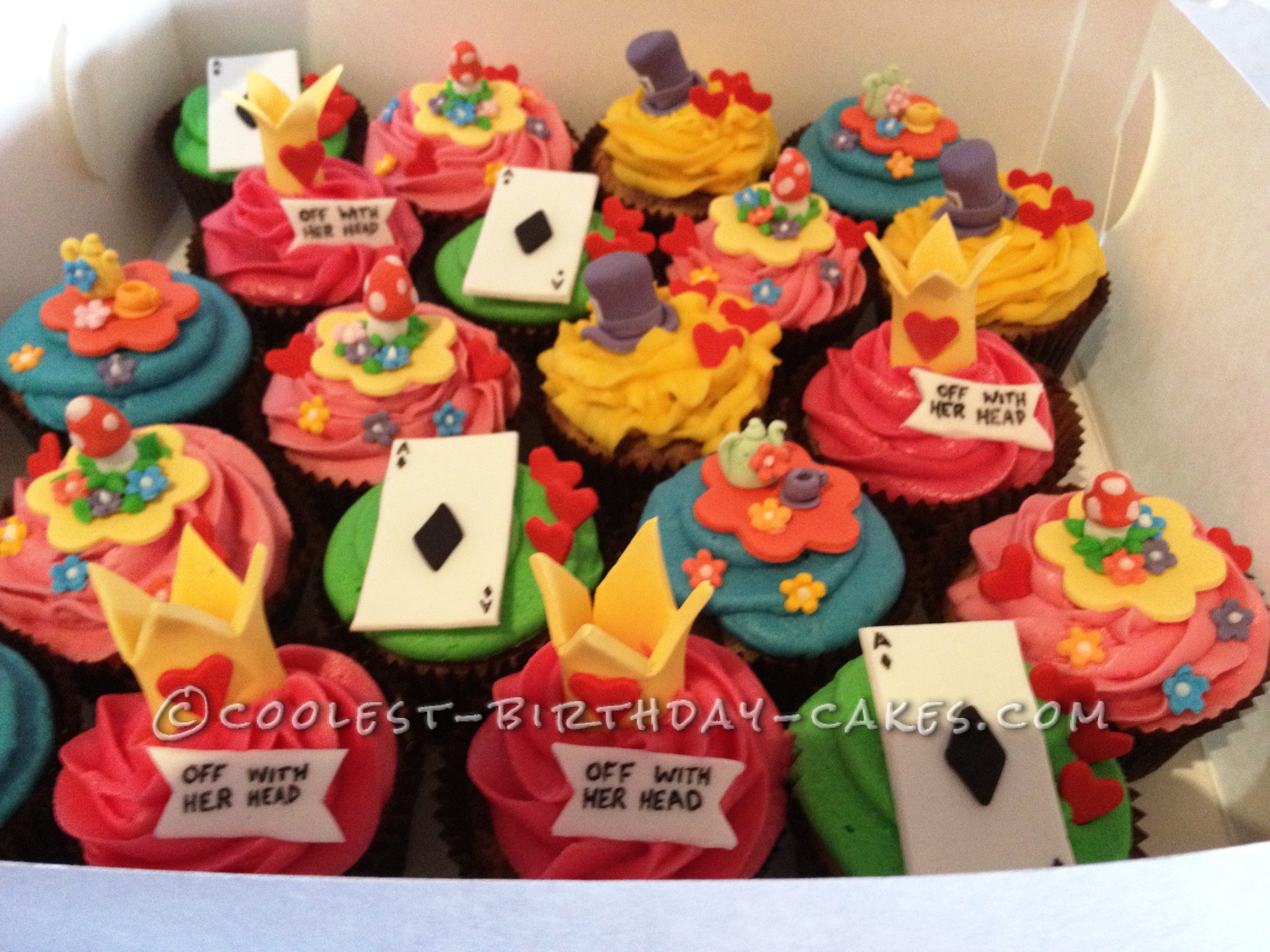 A friend of mine asked if I could make her some cupcakes for her twin girls’ 4th birthday party. The theme was Alice in Wonderland and she wanted lots of color and “something simple”.  Now if anyone knows my cakes they know I’m far from simple and love to lose myself in my project. Her twins were born on the same day as my son, who was also turning 4 and I was already making him a Toy Story cake, so I was pressed for time organizing his birthday. But I couldn’t say no to her as she’s has a difficult turn of events.

Her twin were born premature (they’re perfectly fine now), but after only a couple of weeks her husband dropped her off at the hospital to breastfeed and drove himself to work, where he got out of his car and died of a heart attack, coincidentally on a work site that was in front of my husband’s office window. It was a tragic story, hence why I couldn’t say no.

So I started molding Alice in Wonderland themed toppers for her cupcakes, and again staying up until the wee hours of the morning to finish both her cakes as well as my son’s cake.  It was a challenge as there were so many different colors  but she was so appreciative that her “simple” description turned into something she and her girls absolutely adored! 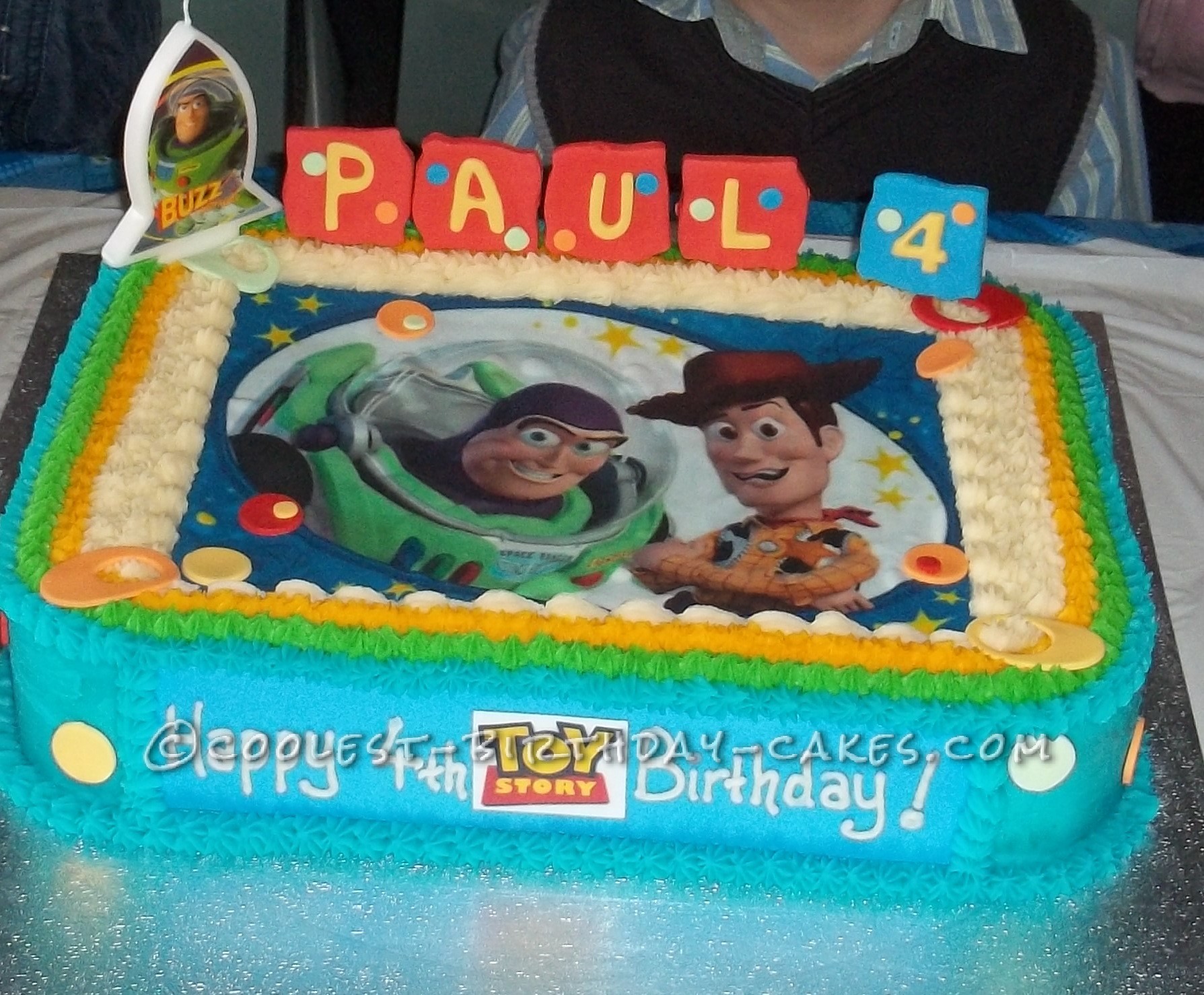 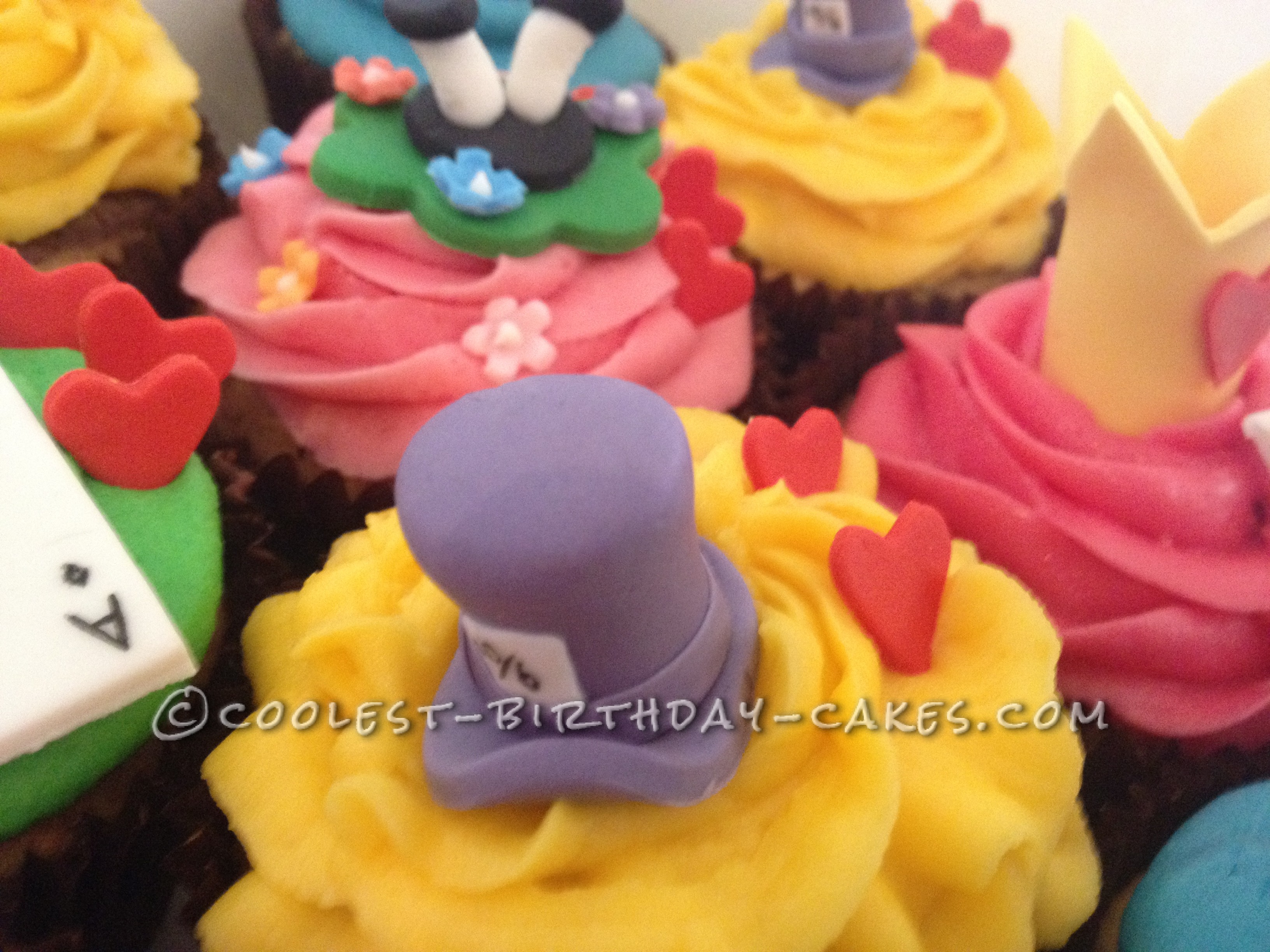 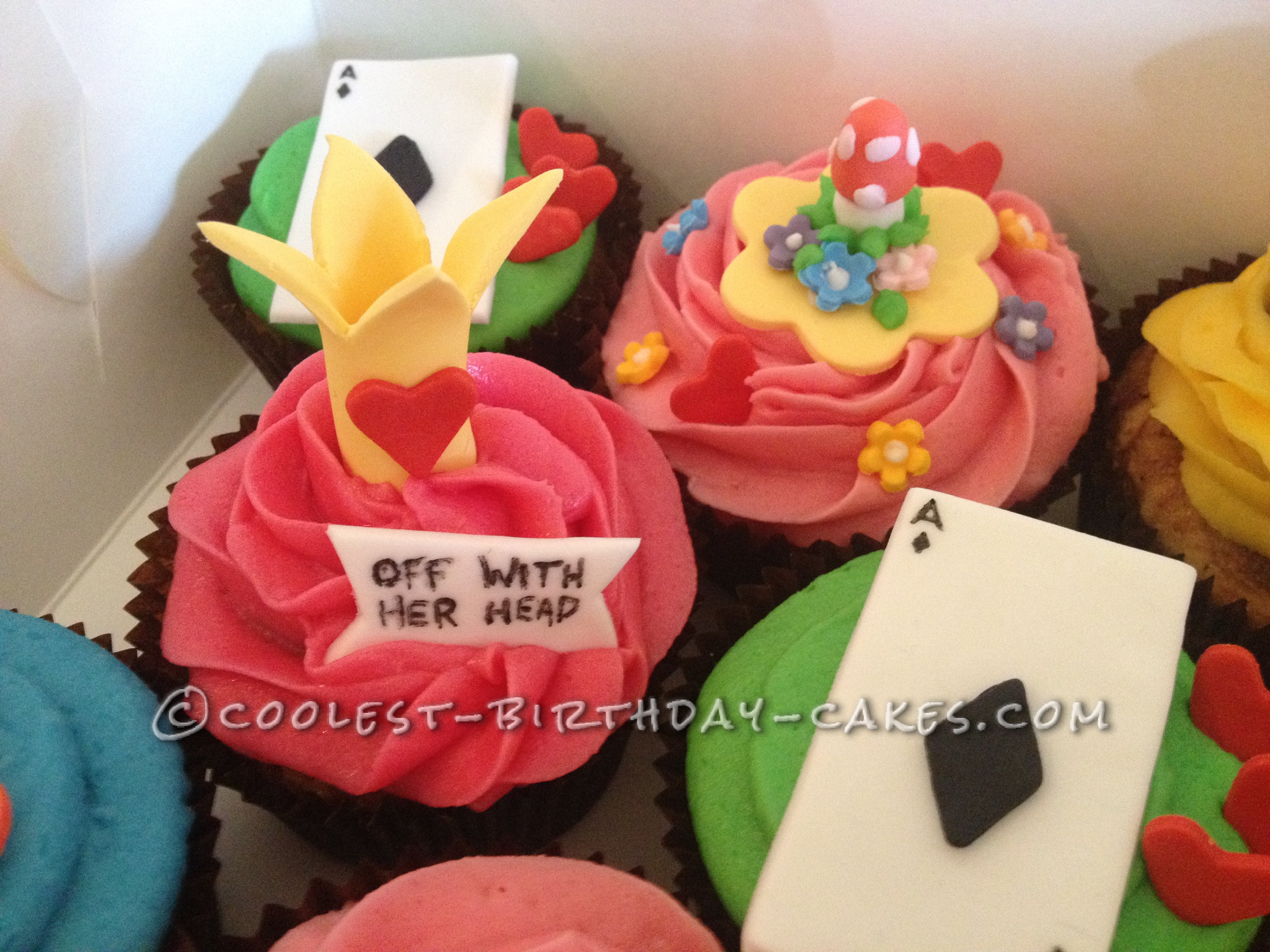 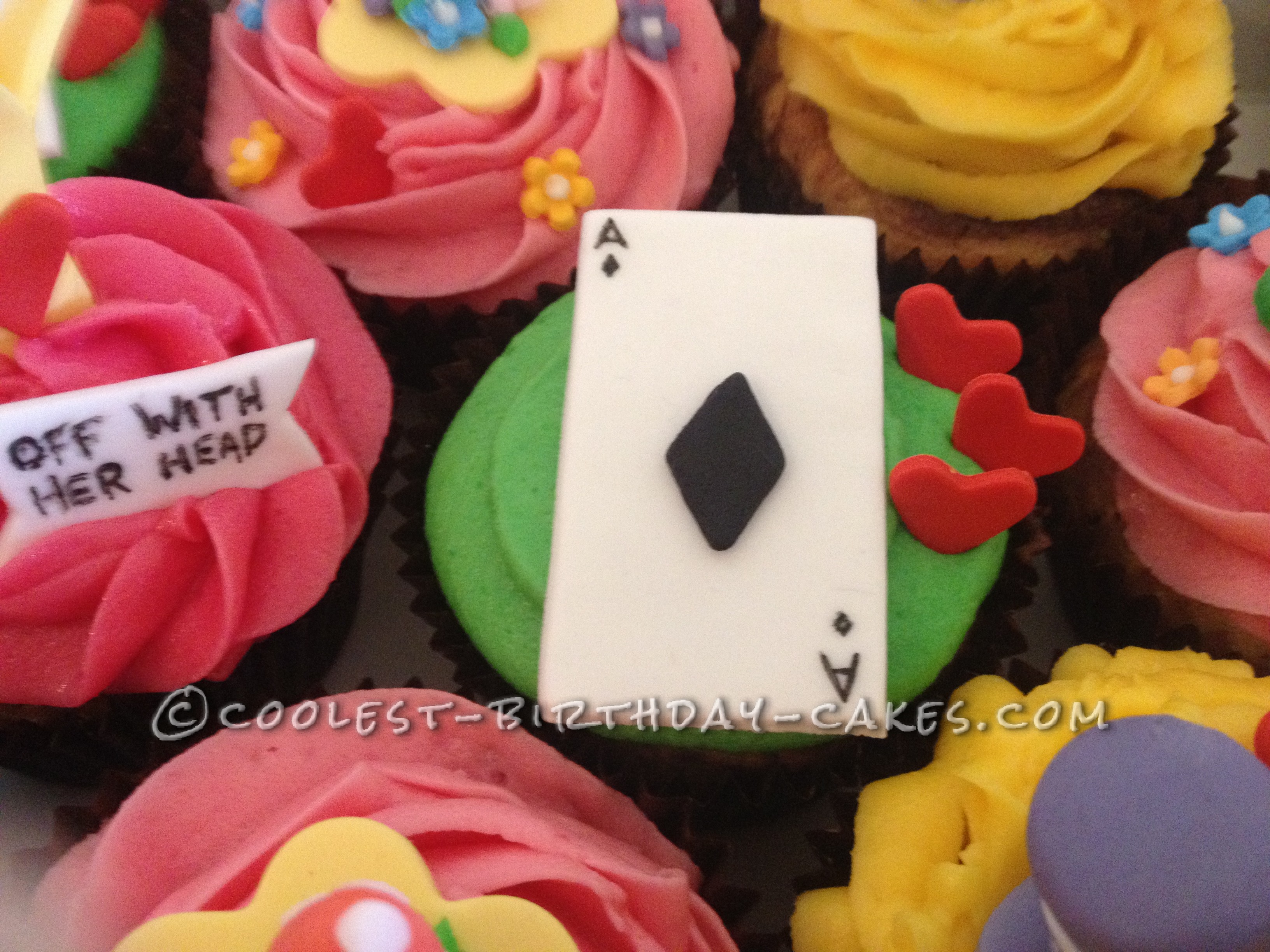