I used a variety of pans including one bowl and 2- 10″ rounds as well as the half sheet.  The mug was filled with a mixture of 3 envelopes of Knox gelatin mixed in a can of beer so it would “smell” like beer and have the correct coloring.  The foam was white butter cream.   I suspended the beer can with a dowel wrapped in a holographic yellow paper made from a gift bag and hot glued on the dowel, then hot glued the beer can to the dowel.   When I was done making the glove I showed it to my husband who immediately said why is there 6 fingers?   OK, now I had to figure how to get rid of a finger without disassembling my entire masterpiece.  I ended up pushing one finger back into the glove far enough that it wasn’t noticeable to anyone other than me.

I’m not a professional so I was just using a real glove to kind of design the cake from and while turning the glove over and over I somehow ended up with that 6th finger. Everyone was amazed at the cake and could not believe that the glove was also cake and that I had done it myself.  I only make a few birthday cakes a year and really was just kind of hoping it would work.  I researched cakes that had suspended beer cans and I drew it out on paper etc and just kind of crossed my fingers. A week later I got a call from someone at the party and they wanted to know if I was available to make a birthday cake for their daughter! 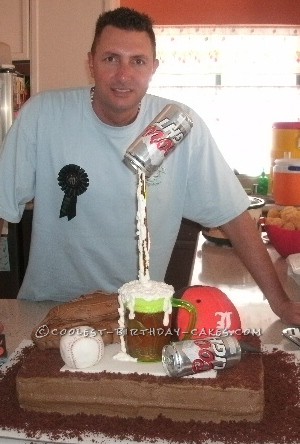 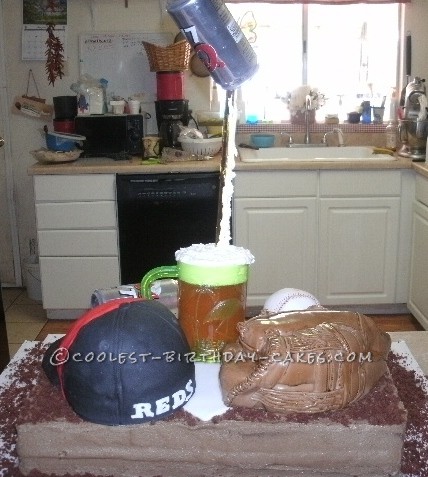 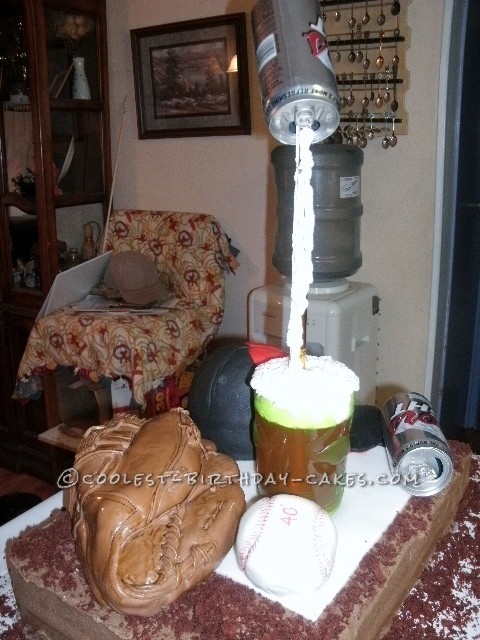 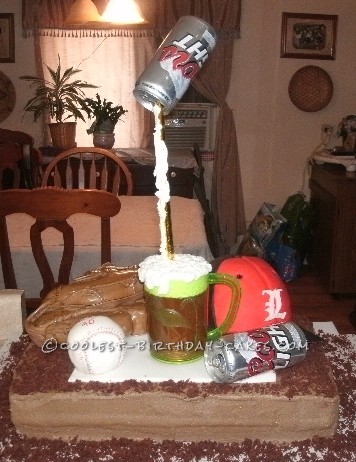 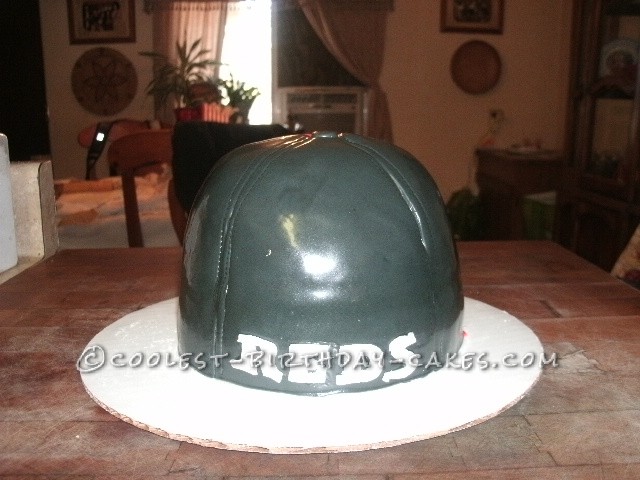 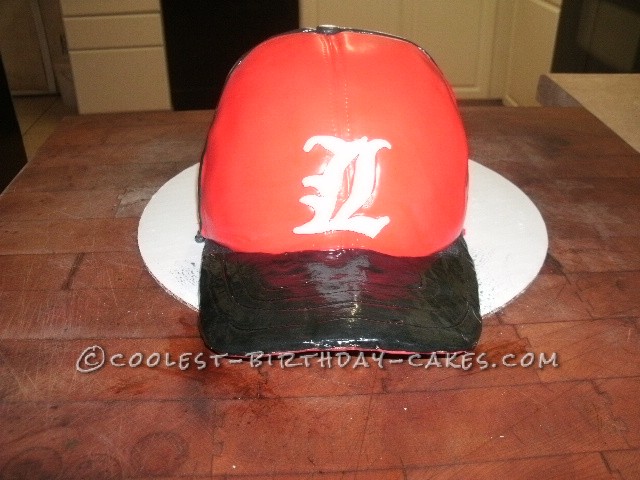 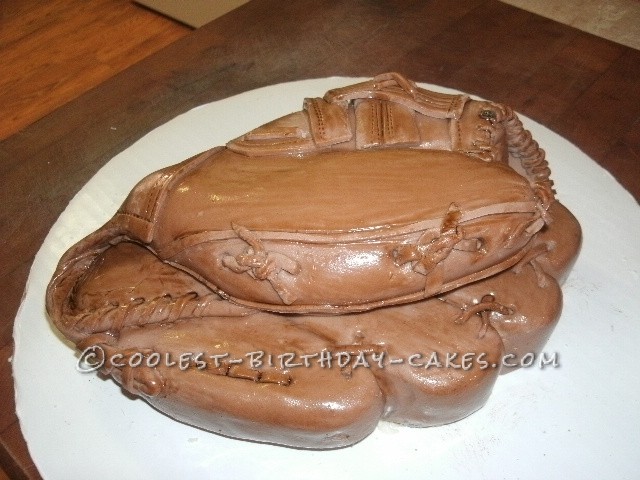 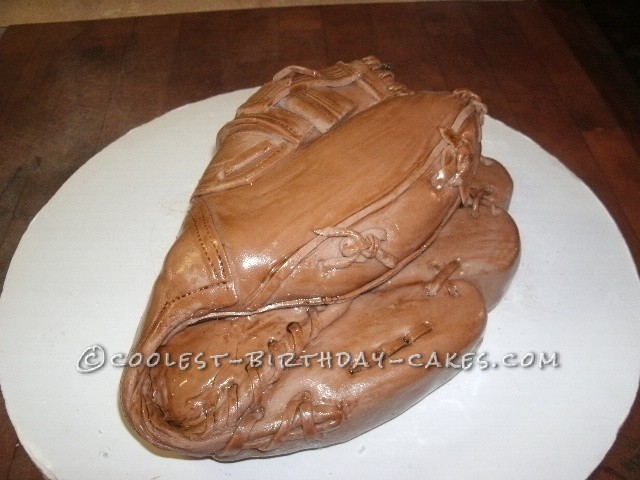 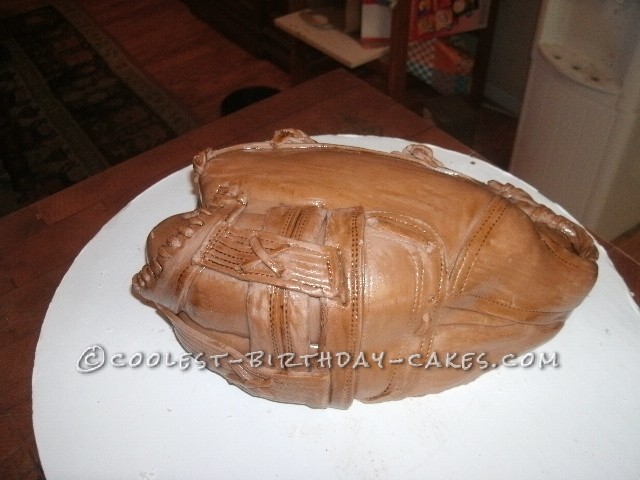