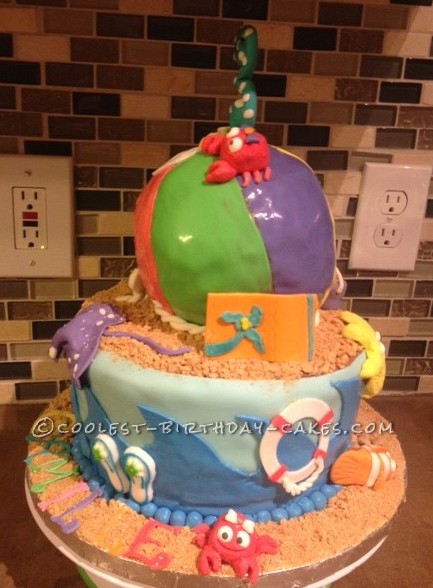 This beach party birthday cake was created for a special 3 year old’s pool/beach party. I made a chocolate cake and filled between the layers with a homemade raspberry butter cream filling. The cake was then “crumb coated” with chocolate butter cream.

I baked the beach ball in the Wilton ball pans and also filled with raspberry butter cream and “crumb coated” with chocolate butter cream.

The creatures were made using fondant and set out to dry prior to placing on the cake. The creatures eyes were candy eyes that Wilton makes and I found at Walmart and Michaels.  The sand is crushed Graham crackers. The creatures were placed on the cake using edible glue and toothpicks. The beach ball was a bit tricky to cover in fondant but I decided where the white circle part was going to end up and used the circle stencil to place a mark on the crumb coated cake. From here I rolled out each color and started with the curved side cut then placed on the cake and cut the other side to the desired width. I continued to repeat this until all the colors were placed on the cake. Finally topping it off with the white circle.

This cake was far from professional but it was a huge hit. 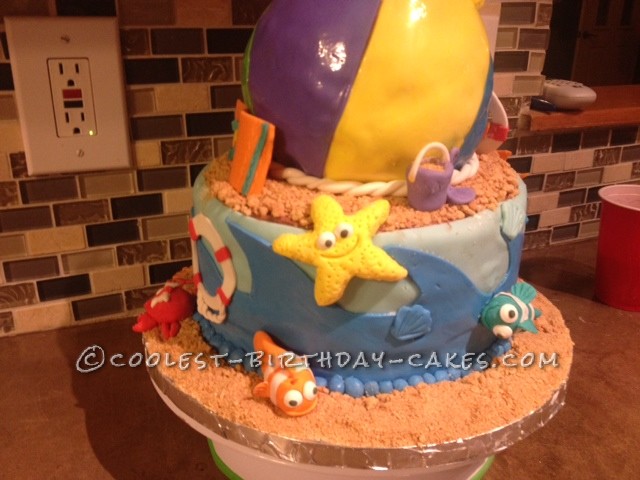 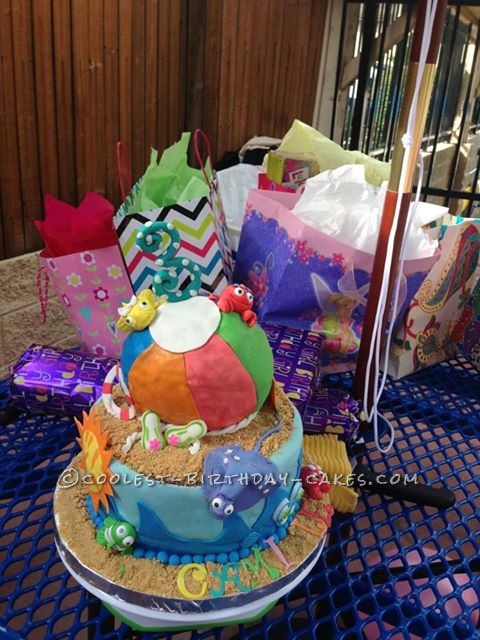