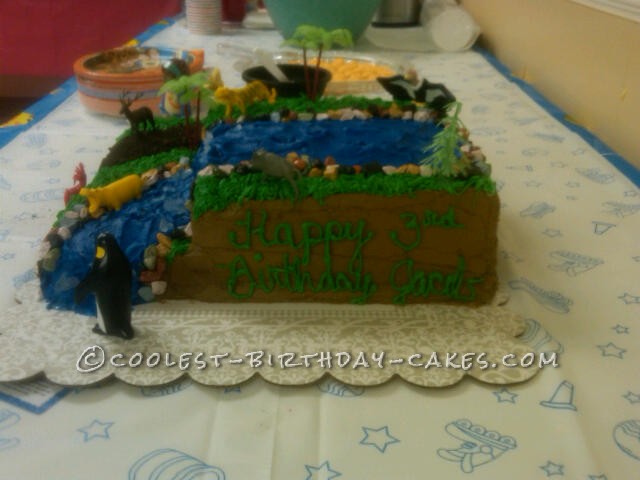 My sister looked at several Diego cakes and finally settled on this one for my nephew’s 3rd birthday. I started out by baking a chocolate 12” square cake and a white 8” square cake. I used 1 and a half mixes for the chocolate and when I took it out of the pan I was afraid it wasn’t thick enough. After conferring with my daughter, we decided it would be OK.   After the cakes cooled I put a crumb coat of icing on the 12” then set the 8” on top in one of the corners and crumb coated it also.

I used a toothpick and marked where I would put blue and where I would put green, knowing the rest of the cake would be brown. I used an icing knife to put blue icing on part of the top of the 8” cake, down the side and over the side of the 12” cake to look like a waterfall.  I used an icing knife to spread brown icing around the sides of the cakes. I bought Oreo type sandwich cookies and separated the cookies, leaving the halves with cream for my family to eat.  The halves without cream, I crushed in a blender and my daughter spread the cookie crumbs on part of the 12” cake for the road.

I used a grass tip to make green grass.  I used a 3” tip to make green vines on the side of the cake. I also wrote, “Happy 3rd Birthday Jacob” on one side in green. The rocks along each side of the water are edible. My sister bought the plastic trees, plastic animals and Diego’s  She had 2 Diego’s to decide between but the birthday boy wanted both of them so there’s one at each corner of the cake board.  The instructions I had said to use rock candy in the water. I knew it wouldn’t take very much and I found a recipe online so I decided to make it instead of buying it.

Well, that was interesting. The recipe said to boil sugar & water then pour it in a jar with a string or stick hanging down in the jar. After a few hours the sugar water was supposed to start crystallizing on the string/stick.  Mine didn’t.  The instructions said if it didn’t work then to boil the mixture again, add more sugar then pour back in the jar. I did that and the solution hardened in the bottom of the jar. I was able to chip enough out of the jar to put in the water. I won’t try to make rock candy again though. I got compliments on this cake but the comment that stands out is, “Why didn’t you put some detail into this cake?”  Of course, my nephew’s uncle was being sarcastic. 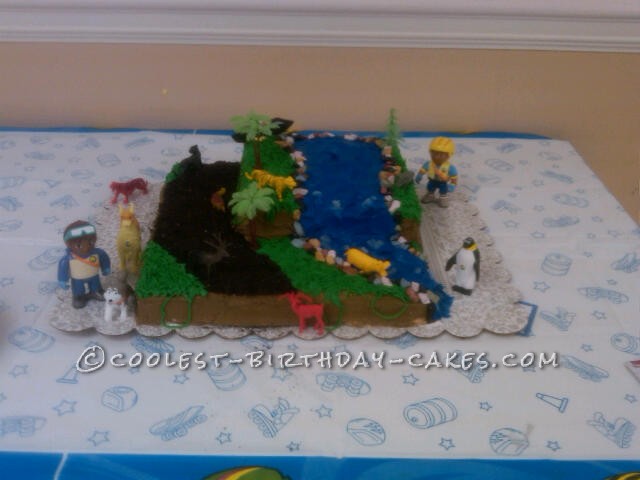 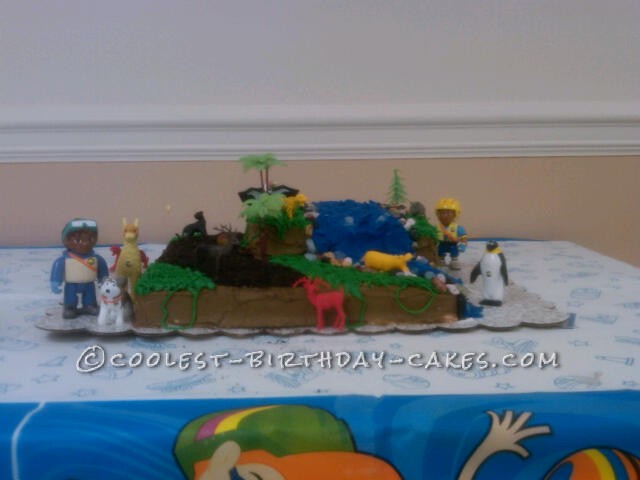 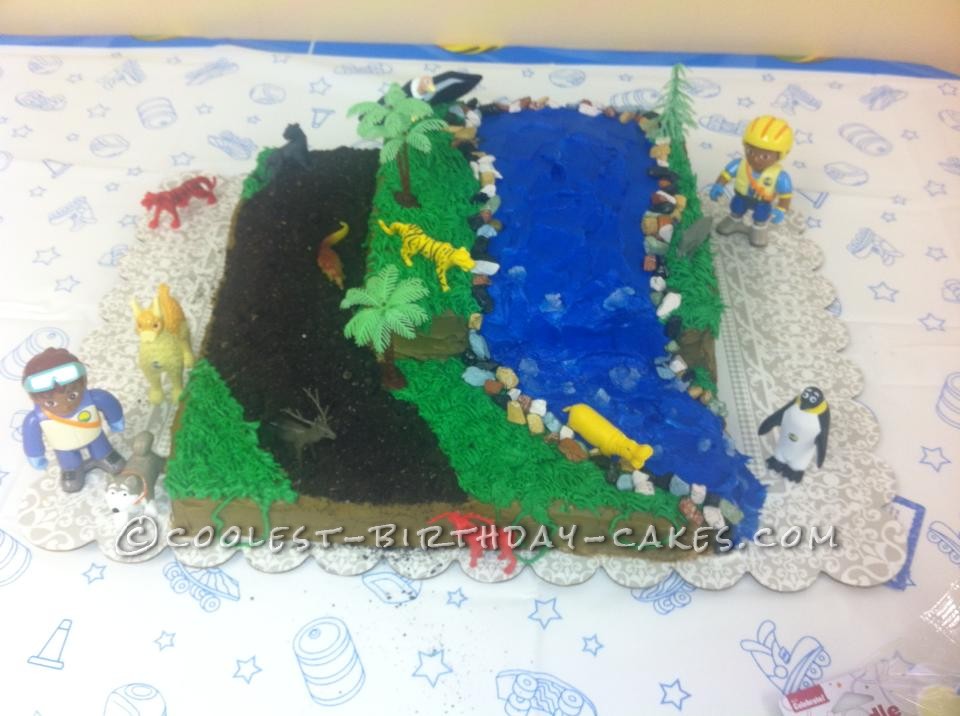 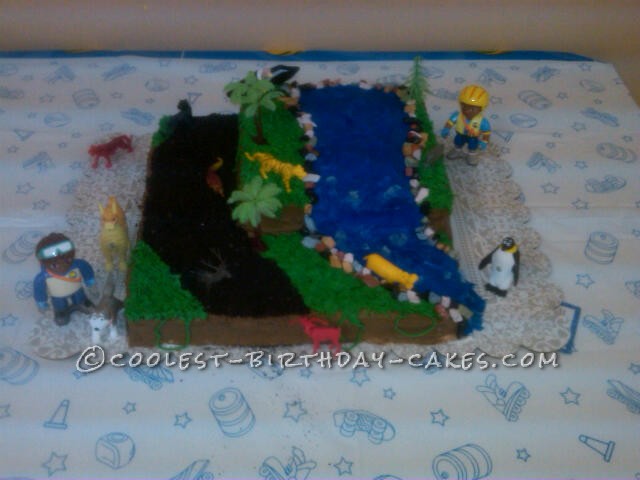