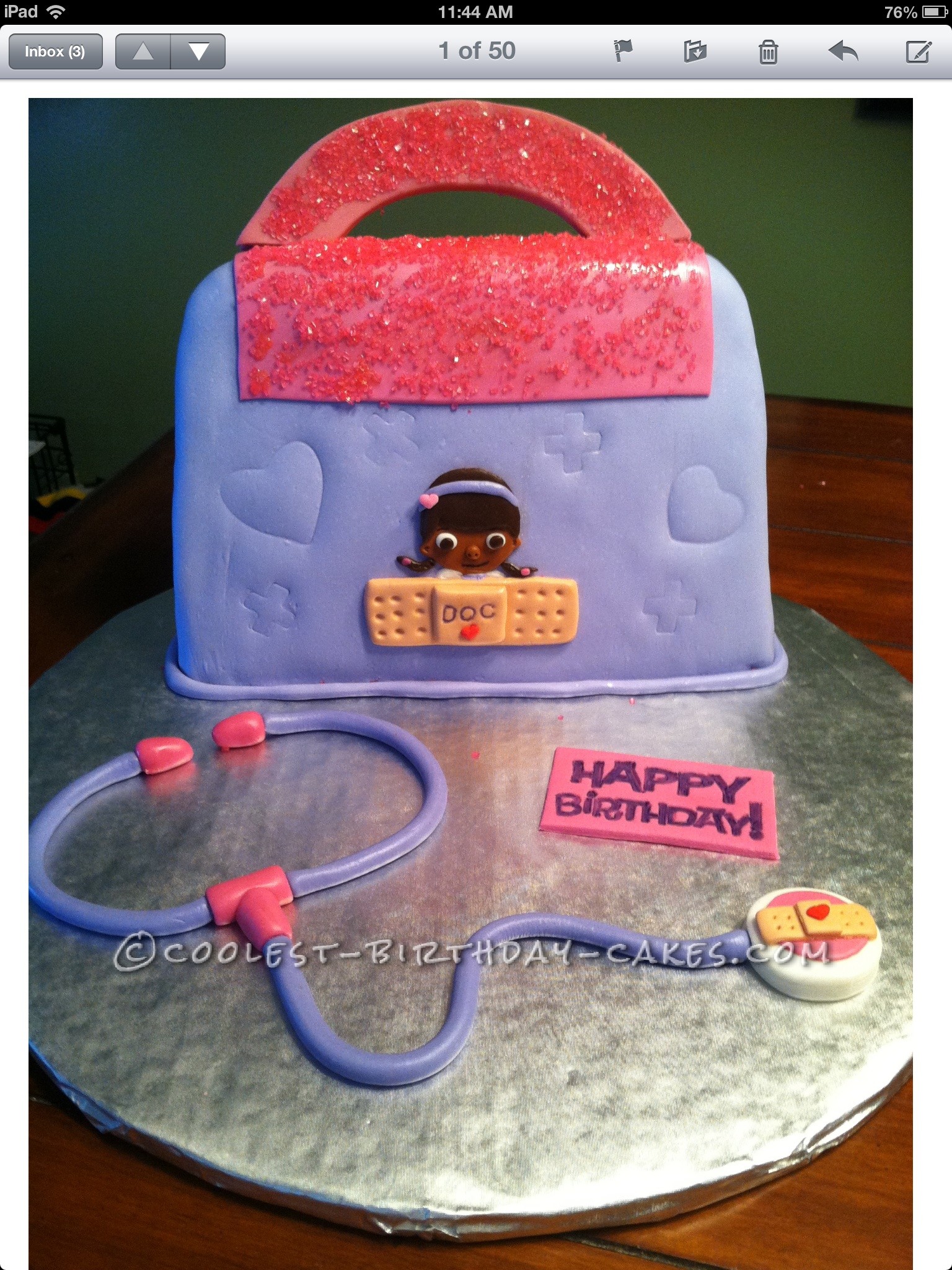 This cake was a labor of love for my granddaughters 5 birthday. I started by making a 8″ round cake and carved it to resemble a handbag. i made the handle about 3 days before so that it would firm up enough to stand up on its own. The day of her party I covered te cake with frosting and fondant. The hardest part was making Doc Mcstuffins face. I had such a hard time with the nose that I had to redo it multiple times and at one point it looked like a alien! Finally everything started to come together and before a realized it all I had left was the stethoscope.

i was so relieved when I stood back and looked at the finish product.

At the party the kids and the parents thought it was a decoration and not vanilla cake. Everyone took pictures as they couldn’t believe what I had done. When I turned it sideways to cut several parents just starred and stated it was too pretty to cut.

i decorated cupcakes also so that anyone who wanted chocolate cake.

The look on my granddaughters face when she saw it made all the work a special moment for me. 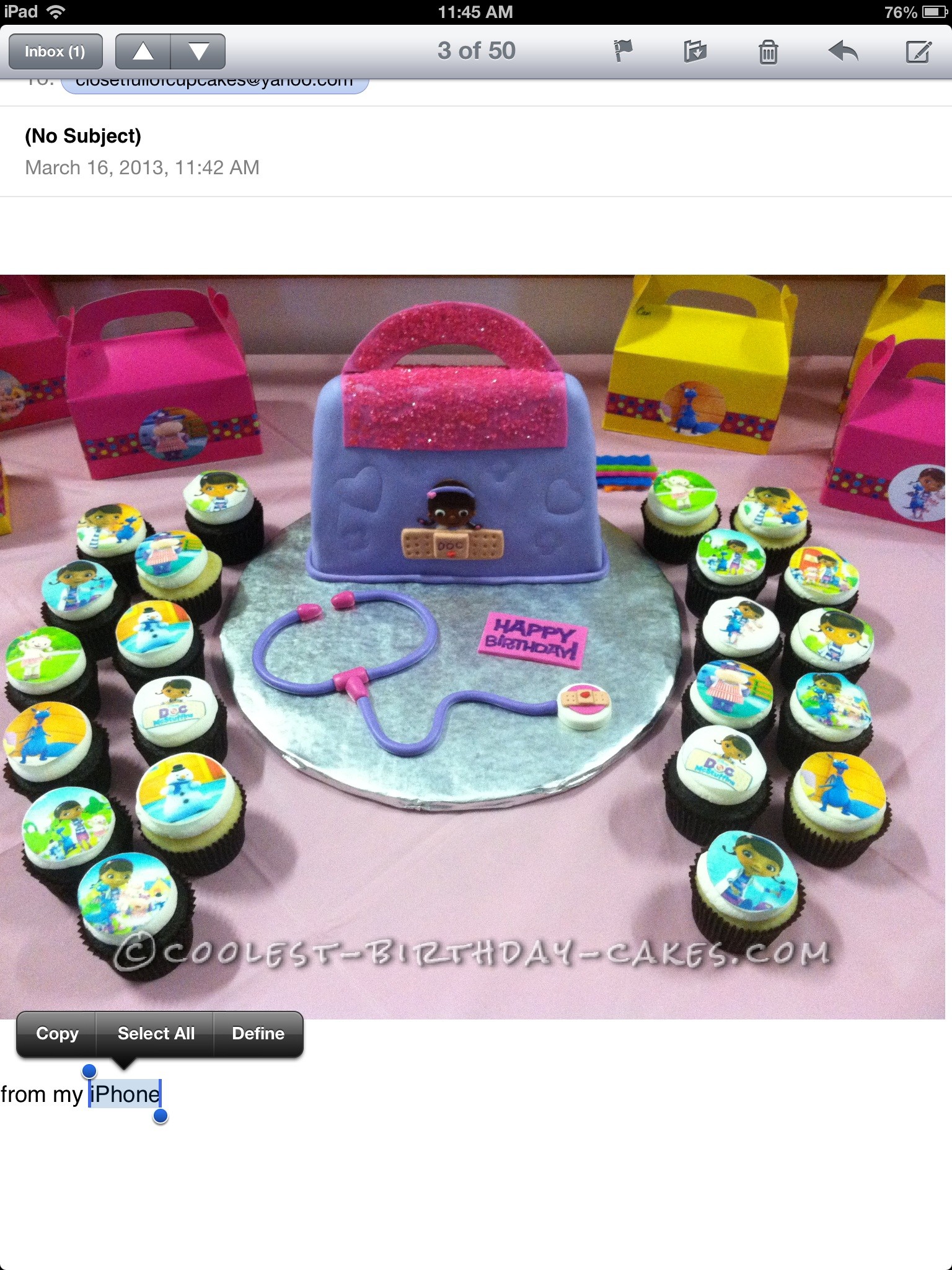