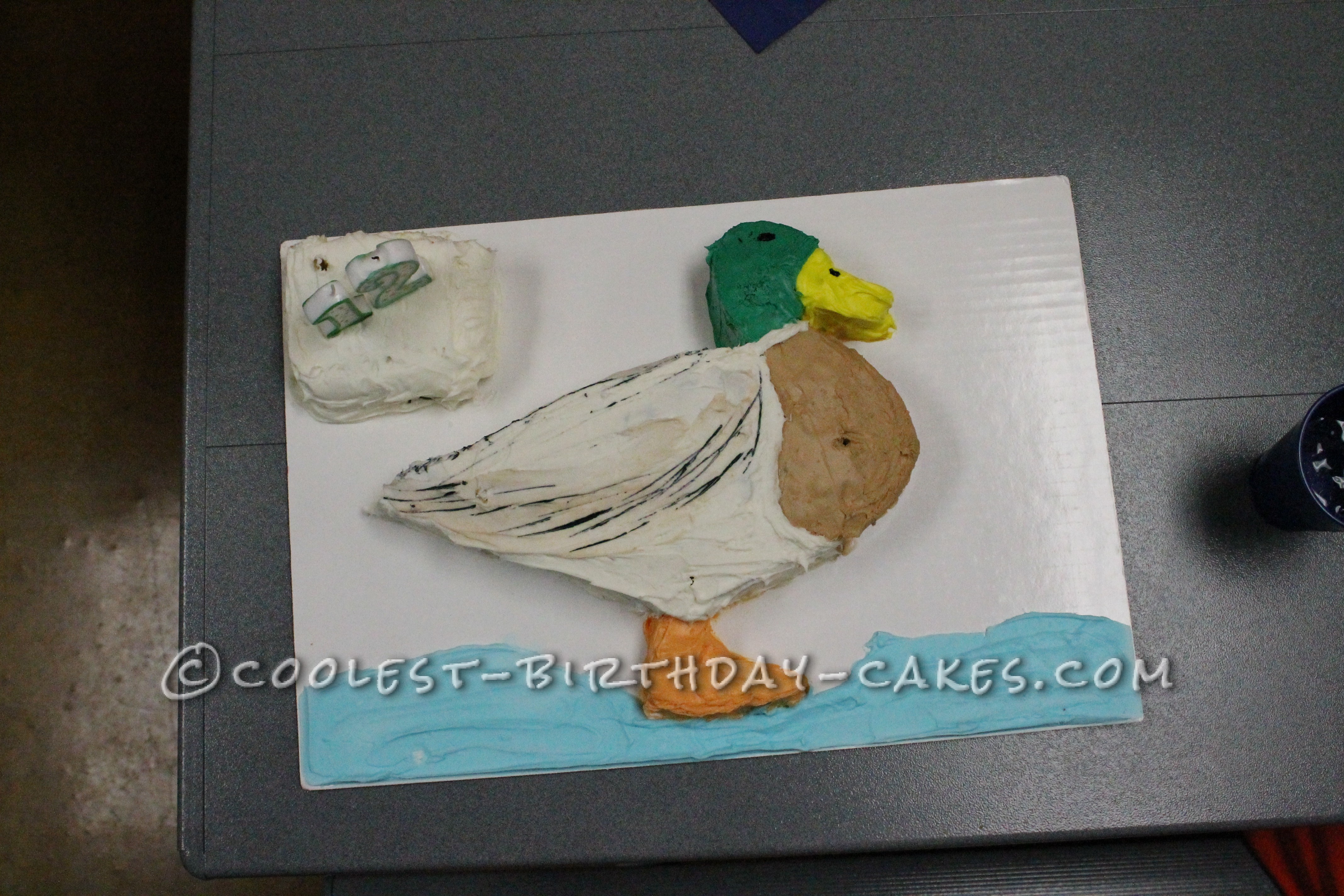 Our son was turning 12 so we asked him about two weeks beforehand, what kind of cake do you want for your birthday?  Like any 12 year old he had other stuff to do and he forgot about the cake.  He couldn’t think of anything and was really leaning towards one from the local supermarket.  Of course, I’m thinking yes, that sounds great since the trampoline party is in two days and I’ve got other stuff to do today.

Then later on that afternoon, of all the shows on TV he’s watching Duck Dynasty reruns.  The rest is history!  I had never done a duck cake before and this was short notice so I figured I could just make a sheet cake and cut it out.  Over the last few years I have tried a few different cakes; an ice rink, a zamboni (the red and black icing was awful!), a tank, and an M&M just to name a few.  They have all had their own issues, trying out fondant for the first time (that’s a pain to work with!), bad icing, building something in 3-D and mixing colors and any number of other things that have come up.

This one seemed pretty straightforward though and for the most part it was, except for the ducks feet and his bill.  There just wasn’t enough cake to hold up to the icing.  After several failed attempts at making realistic feet I ended up with only a few pieces of usable cake left.  The feet and the bill are probably about half icing.  The birthday boy was very impressed throughout the process and I got my kudos when he bought a friend into the kitchen to check out how cool the duck was.

Unfortunately for the duck though, come party time, the very same birthday boy who was so impressed the day before could not wait to be the one to cut off the ducks head! 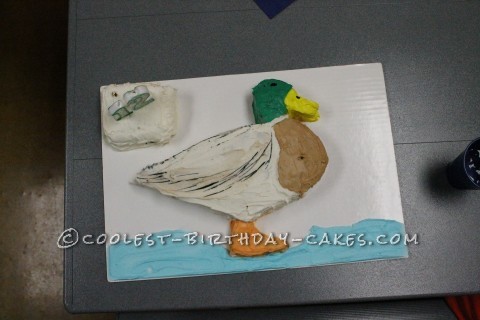