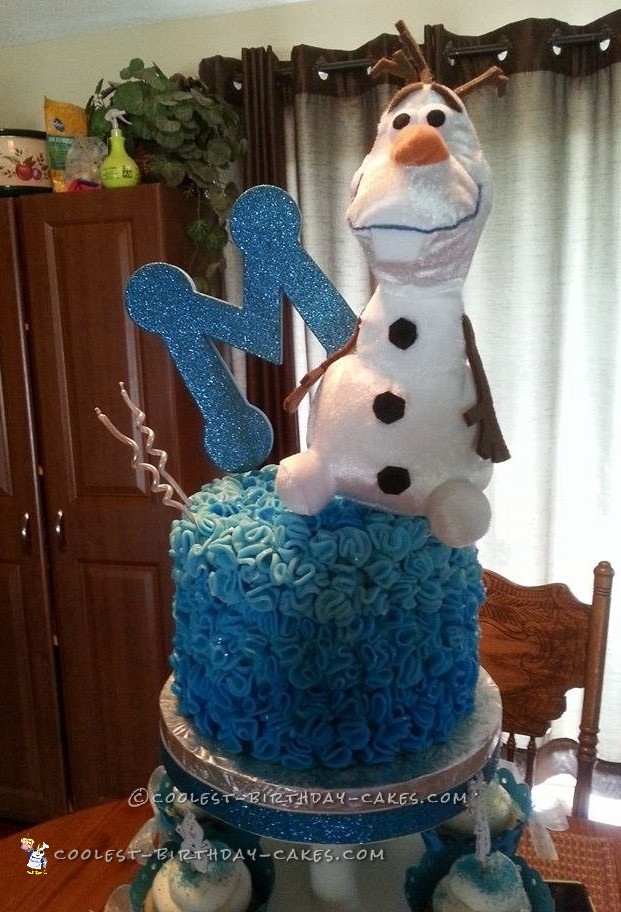 This is a Frozen Olaf Cake and Cupcake tower I made for my granddaughters 7th birthday.

The cake and cupcakes were made with a recipe I found online that was a boxed cake mix enhanced with additional ingredients. The buttercream recipe was off the Wilton website. The vanilla sugar cookies were also made with a Wilton recipe. The marshmallow fondant was homemade. The cake was three 6″ layers covered in buttercream, then decorated with ruffles that were made by cutting fondant circles approximately 1 1/2″ diameter out of fondant rolled 1/8″ thick. The circles were then pushed in the center and pinched to form a ruffle. They were left to dry overnight then I cut the pinched end off a bit and pushed them into the buttercream as close together as possible.

The fondant was tinted in several colors to try and create an hombre effect, darker on the bottom to lighter on the top. I then steamed the cake and sprinkled it with sparkling sugar. The topper was just a purchased stuffed Olaf and a foam letter from the craft store. The cupcake picks were purchased off Etsy and I hand cut the cupcake wrappers from scrapbooking cardstock.

The cookies were decorated with fondant over a thin layer of buttercream and also steamed then sprinkled with sparkling sugar. Hope you like it! 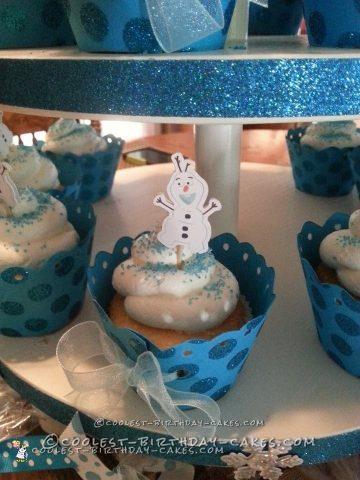 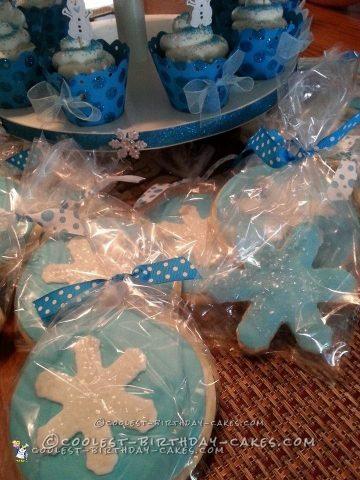 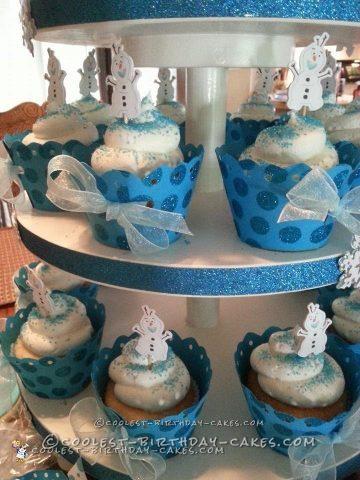