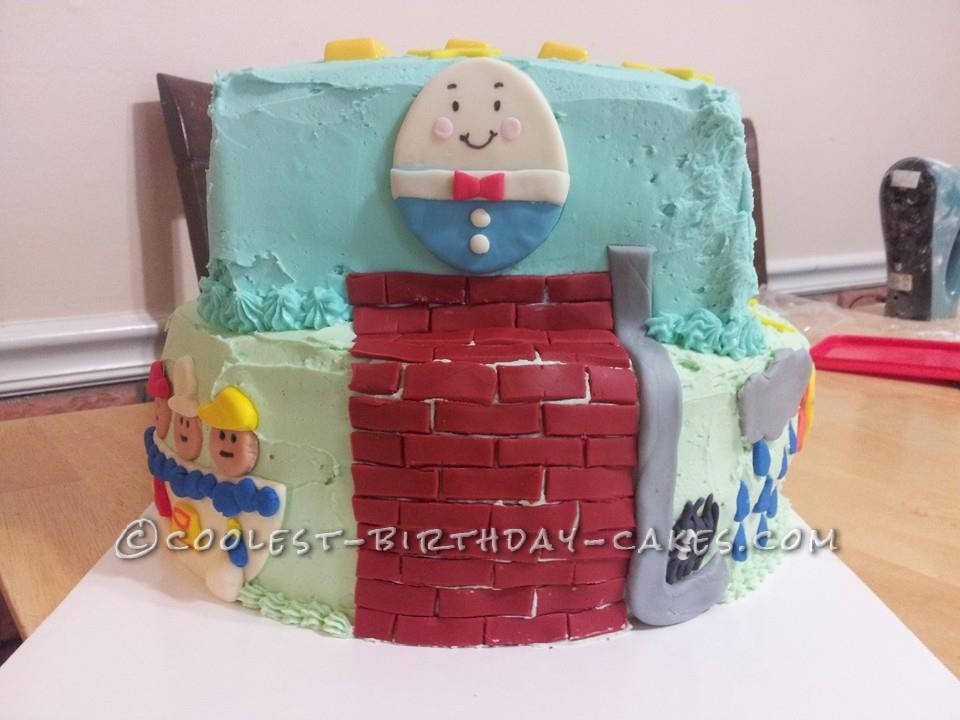 When my friend asked me to make a cake for her sister’s baby shower, I was excited to hear that the theme was nursery rhymes.  I spent a few days researching nursery rhyme cakes and then I got to work.  I decided to do a two tier cake mostly because I wanted the Humpty Dumpty theme to be on two levels.  Since I have four children and my youngest was 11 weeks at the time, it took me about a week to find the time to make all the fondant figures.  By keeping them in zip lock bags and putting them in a dark place, they stayed perfectly soft enough to apply to the finished cake a week later.

I was nervous about making the cow look like it was jumping over the moon, but it ended up being one of my favorite figures.  I think the three blind mice were adorable with their little walking sticks.  I love the technique I found online for Little Bo Peep’s sheep, which was to roll tiny pieces of fondant to make the sheep’s body.  By making the side view of Little Bo Peep, I didn’t have to worry about making her face look realistic.  One of my favorite scenes is Humpty Dumpty since he is sitting on a wall that covered both layers and the Itsy Bitsy Spider is crawling up the water spout attached to Humpty’s wall.  I thought it was a cute way to incorporate both rhymes.

I also made the Dish Running Away with the Spoon, Twinkle Twinkle Little Star, and the Three Men in a Tub from the Rub a Dub Dub nursery rhyme, which I later realized not that many people know, but it was easy to make so it made the cut.  The cake was a vanilla cake with whipped cream, strawberries, and banana filling and buttercream frosting.  The shower was early in the day so I had to wake up at 6am to fill, frost, and decorate the cakes I made the day before.  I really felt the time crunch, but I finished it by 9am.

I held my breath as my friend and her mother picked up the cake and drove it to the shower.  I was thrilled to see the photos of it beautifully displayed (in one piece!) at the shower. 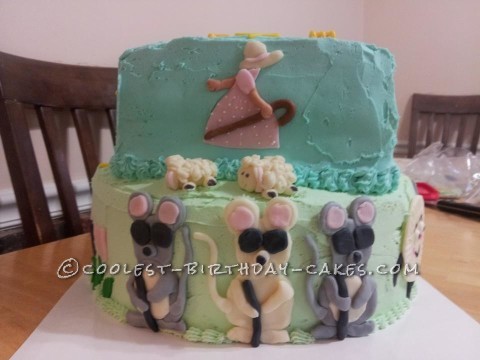 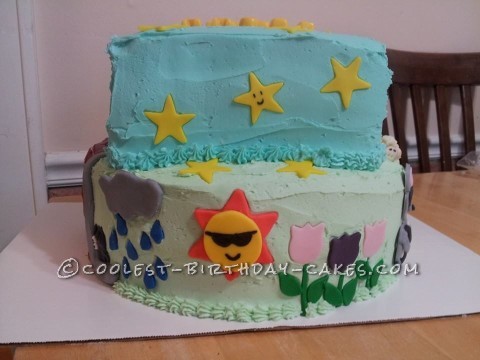 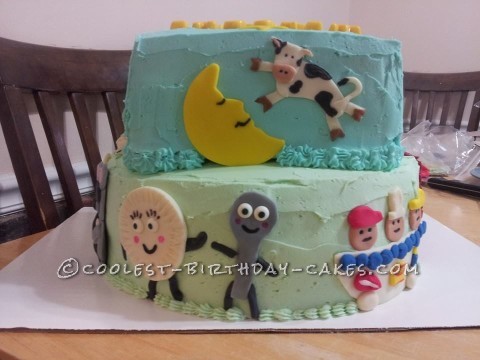