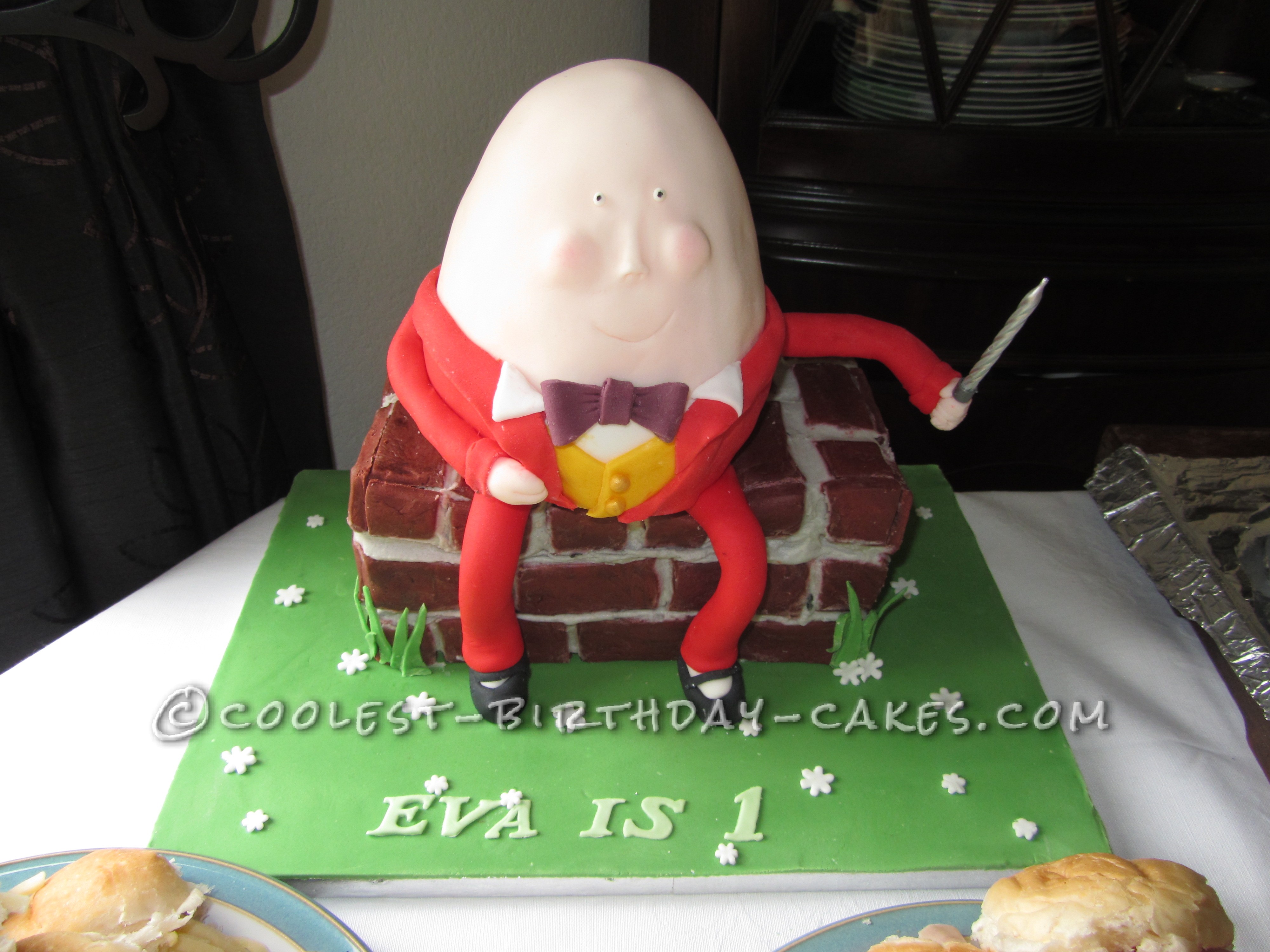 The cake came in two parts, a Humpty Dumpty made out of rice krispies treats and a bright red vanilla Madeira sponge brick wall.

I made Humpty first to allow plenty of time for the sugar paste to set nice and firm to minimize the risk of limbs breaking off when assembling the cake. I wanted Humpty’s arm to stick out and hold a candle for which you need addition. I rolled the arm out and then inserted a length of thick florists wire, leaving a good inch to go into the cake to anchor it. A good dab of sugar glue in the arm pit stuck the arm in place. While the icing was setting it I held it in place by resting on a little box. Similarly for the legs, I added a bit of gum tragacanth to the icing, shaped and then rested in a sitting position against an upturned margarine box.

For the wall, I used a double portion of the Madeira cake and a good amount of red food color (to make it look like brick on the inside too!) and baked in two bread tins. This meant I only had to trim a small amount off to straighten out the edges. The layers were sandwiched and covered with butter cream  and then covered in rectangles of terracotta colored icing, textured and colored,  and then grouted in between with the leftover butter cream. It’s easier to grout with royal icing really but I didn’t have any eggs left.

Then I assembled the cake on an iced board, added Humpty’s legs with a little sugar glue, then added his body, a few flowers and blades of grass, and voila! Fancy Humpty cake!