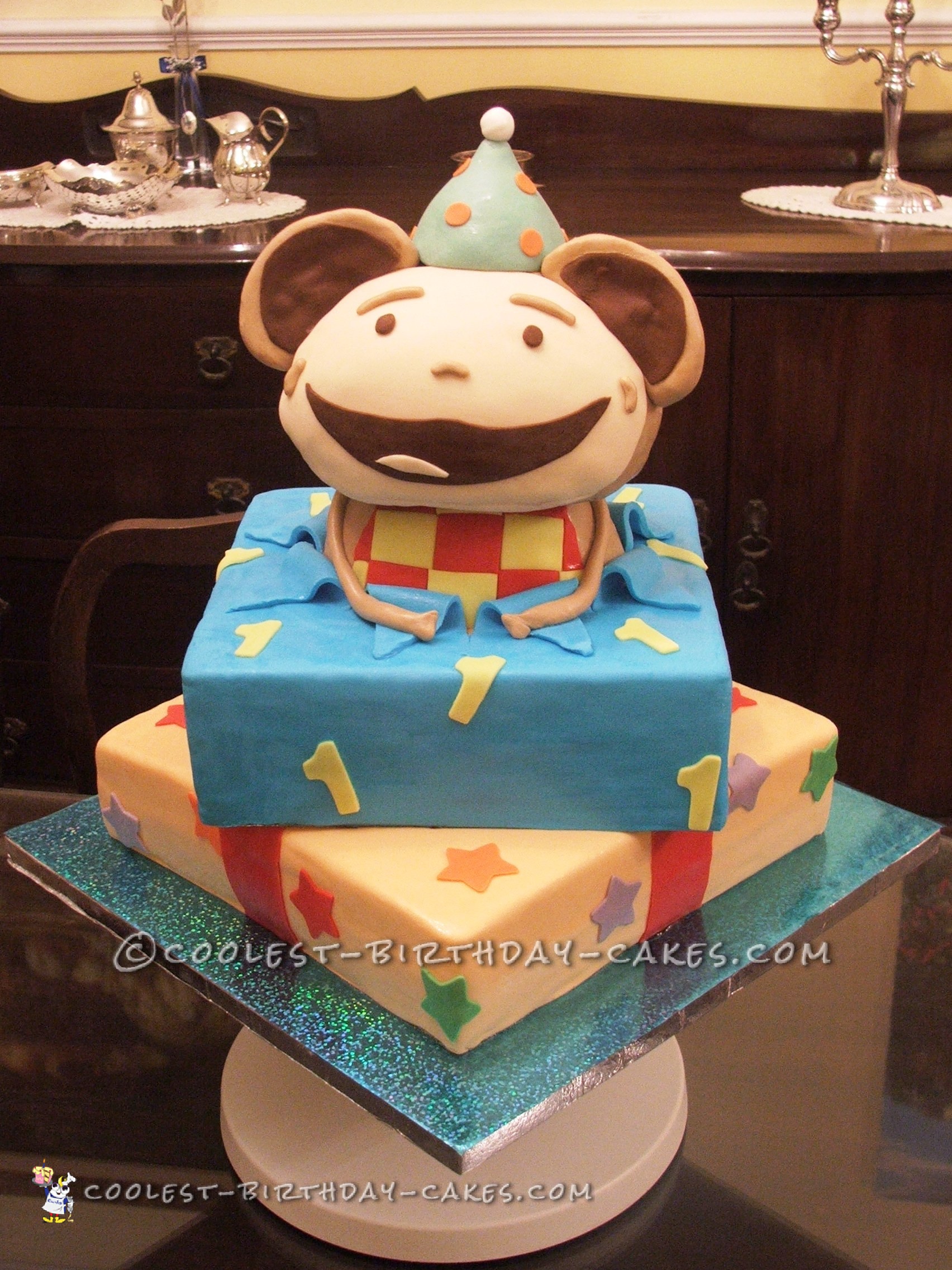 Baby TV channel is very popular here in Malta and the very young ones love all the characters and their different stories. Sometimes somebody tells me to make a Baby TV themed cake with a mixture of different characters but my friend Joanna asked me if i could make a cake featuring just one of the characters. It was Oliver the monkey!. She said that her son Isaac who was turning 1, loved Oliver so much. She used to let the TV on while Isaac was busy playing and when he heard Oliver’s song, he used to clap his hands vigorously and to laugh a lot.

Since it was going to be his first birthday party and there were going to be a lot of guests, I wanted to make a big cake and I thought that there will be surely a lot of gifts for Isaac so I thought of making 2 parcels on top of each other with Oliver coming out of them like a Jack in the box or in this case ‘Oliver in the box”.

I started by baking 2 square shaped cakes for the parcels and a ball shaped cake for Oliver’s head and another bowl shaped cake for the body. I covered the squared cakes with fondant and positioned them one on top of the other. Then I did all the decorations to make them look like wrapped in wrapping paper. With a knife, I teared some fondant from the surface of the top parcel so that it will look as if Oliver had tiered the box when he popped out from it.

Since Oliver’s head is a bit oval shaped like a rugby ball, I had to trim the cake till it came the right shape. Then I covered it with fondant and did all the facial features. Once the head was ready, I covered the body part with brown fondant and placed some yellow and red squares on it’s chest. With the aid of dowels, I positioned the body on the top parcel and then the head overall. The hat on Oliver’s head was the finishing touch which helped Oliver to get more into the party mood!.

When Isaac saw the cake he wanted to grab Oliver’s face and hug it. It was a huge success and everybody loved it.