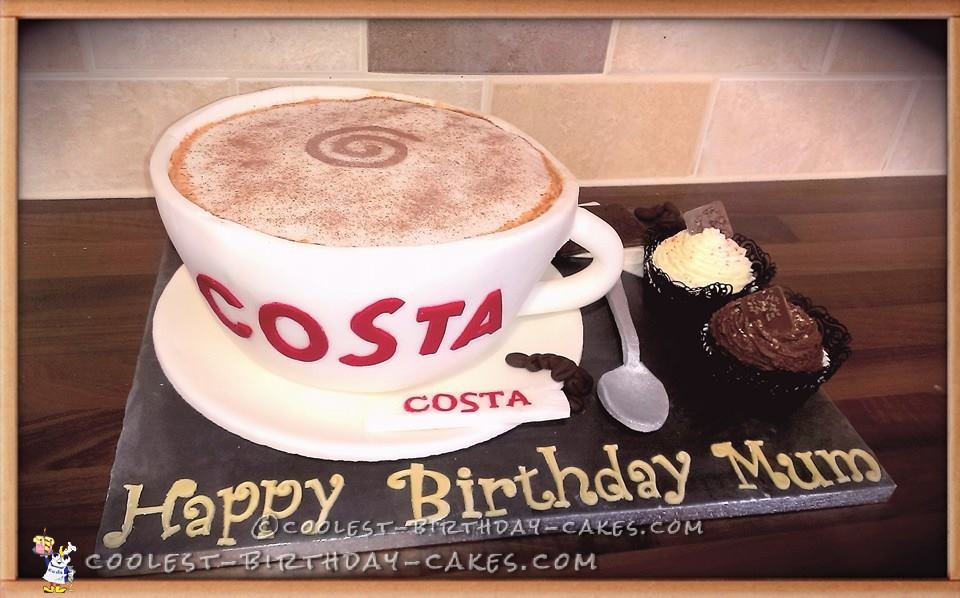 I was asked to make this coffee cup cake by a friend for her mother-in-law’s birthday.

I took the rest of the cupcakes to work for the ladies I work with at the  Infant School.

The spoon did break, but I luckily I made a spare. (I had a feeling I was going to need it… lol.)