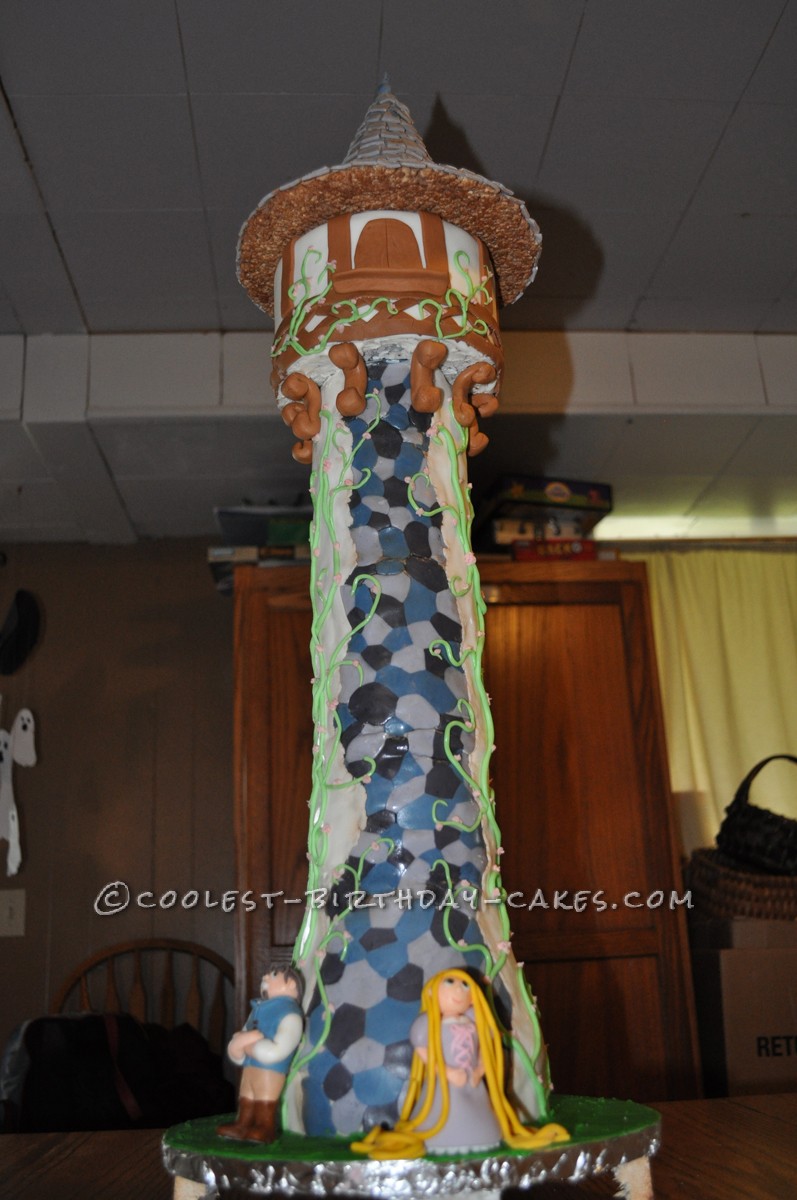 This Rapunzel tower cake was my first time working with fondant so I’m not sure why I decided to attempt such a tall and detailed cake! I knew I wanted everything to be edible because I like the idea that you could eat every part of the cake. I remember I had hardly any tools to work with and I had stayed up late trying to figure it all out because my husband was gone a lot that week and I had to wait for the kids to be in bed.

My Dad came to the rescue when I expressed I needed a support bar in the cake and he went out and made me the stand. I used washed out chicken cans for the size cake rounds I needed and a couple of 6 inch rounds for the base. I had cardboard rounds in between every couple of layers that I ended up supporting with spaghetti noodles of all things (which I would not recommend) because I didn’t have any dowels and it was too late to go to the store.

The roof top is made of rice krispy treats and covered in fondant shingles. When I finally started to cover it I rolled out little balls of the different colors of stone I wanted and then rolled/smashed them together then very carefully had to lift it up and stick it to the side of the cake. Then of course covered the rest with the white and brushed on some cocoa for the right color.

The vines are fondant and the flowers and grass are frosting. The figurines I had made a few days before and they were also my first figures I have ever done. Thank you youtube! I learned a lot from doing that cake.  I could and would do things different but I still liked it. I really thought it turned out awesome and my daughter was thrilled. Everyone at the party thought it was way cool that the whole thing was edible! 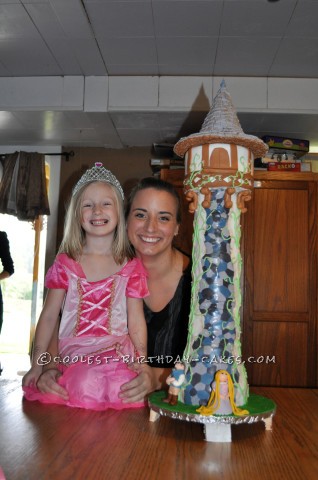 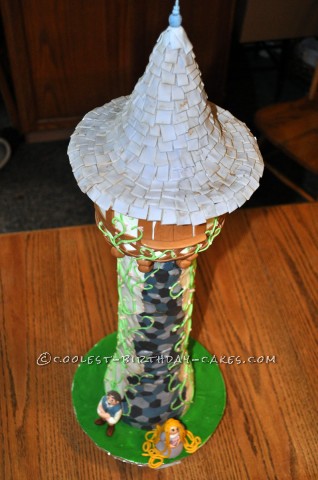 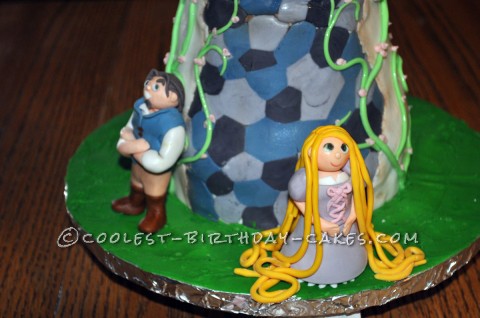 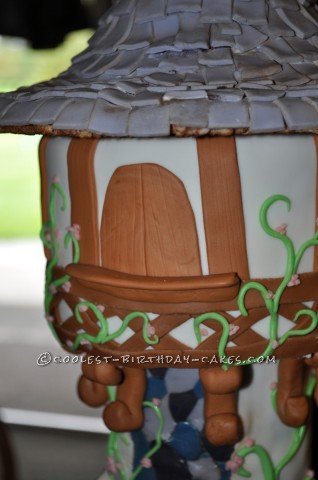 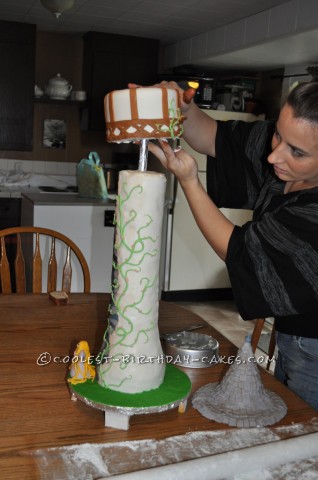 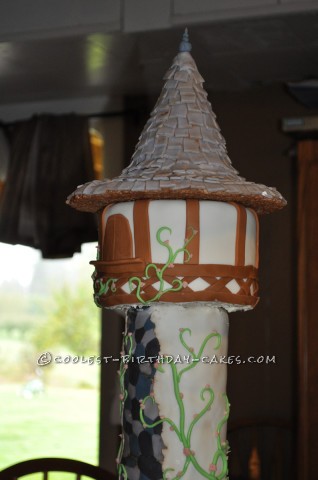 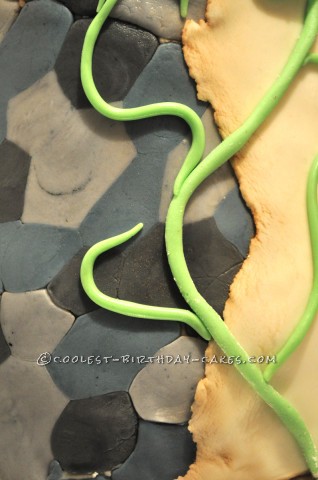 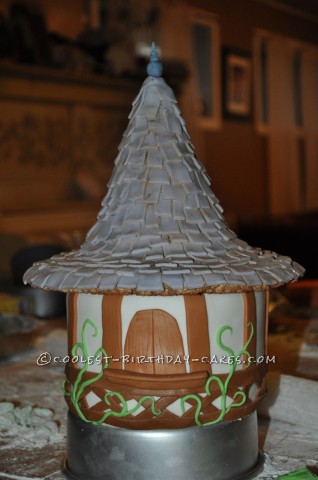