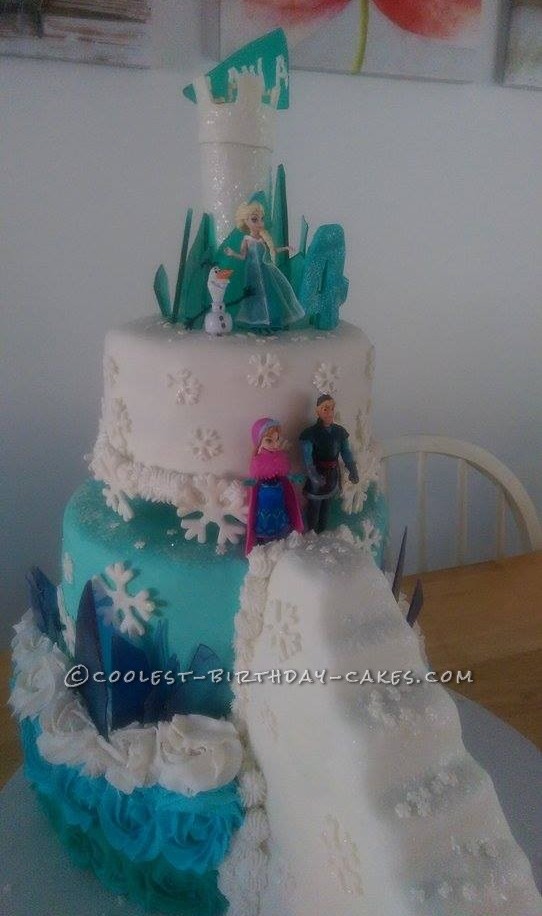 My granddaughter Layla was turning 4 and had decided she wanted a Frozen cake as I’m sure just about every little girl her age wants.  I told her whatever she wanted I would make it for her.  Layla’s only requirement was that it most definitely had to have castle stairs.  As luck would have it, her mom (my daughter Bethany) didn’t want a castle cake so I set out to make the most amazing Frozen cake I possibly could.  This cake received so many oohs and ahhs that I was amazed.  From start to finish I had the best time making this cake.  I used hidden pillars on the top tier and I made ice shards from candy flavored with watermelon and cinnamon.  This cake was a dream come true for Layla.

I baked eight vanilla cakes for Layla’s dream cake and embellished the final product with gum paste snowflakes, edible glitter and candy mini snowflakes.  The cake was finished with the Frozen characters purchased by my daughter.  Aside from those characters, everything on the cake was edible and was the talk of the party.

The stairs were a bit difficult as they were made from cake and covered with fondant but I believe the end result was stunning.

I’m sure I could replicate this cake.  It was my original design and I don’t think I’ve had as much fun making any other cake.  This cake was made with all the love in my heart for my little Layla. 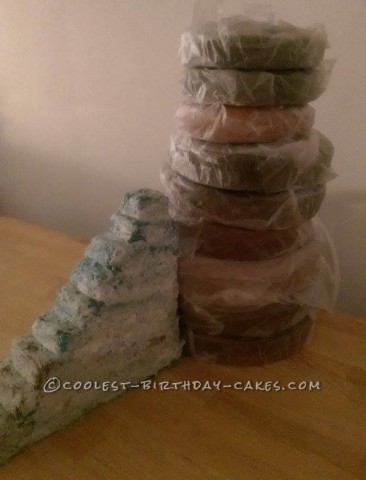 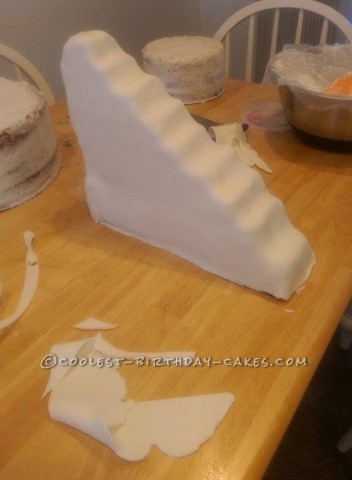 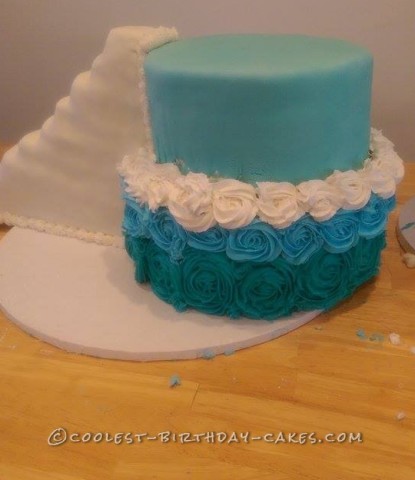 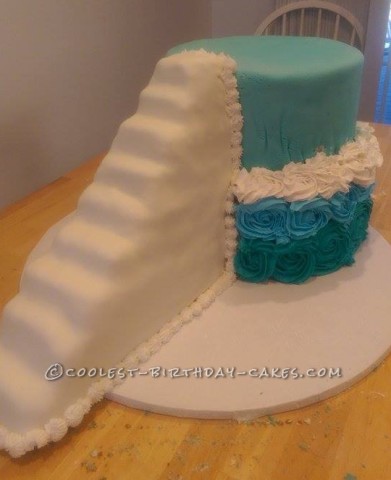 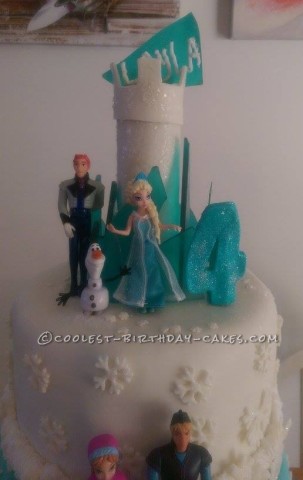 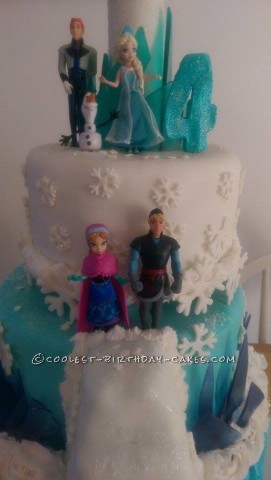 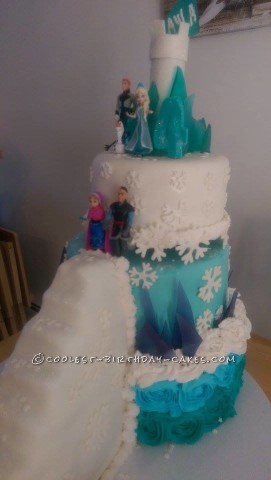 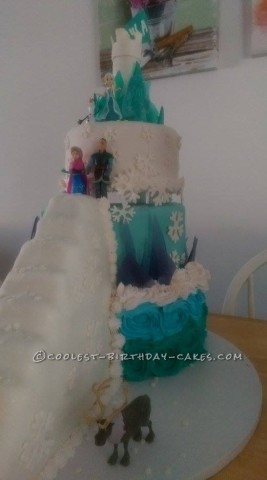 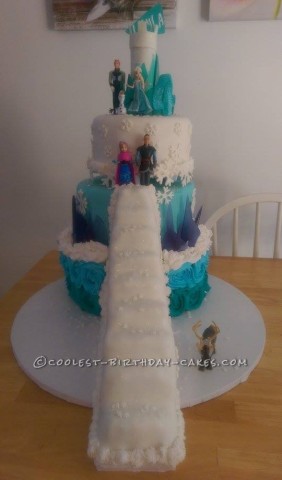