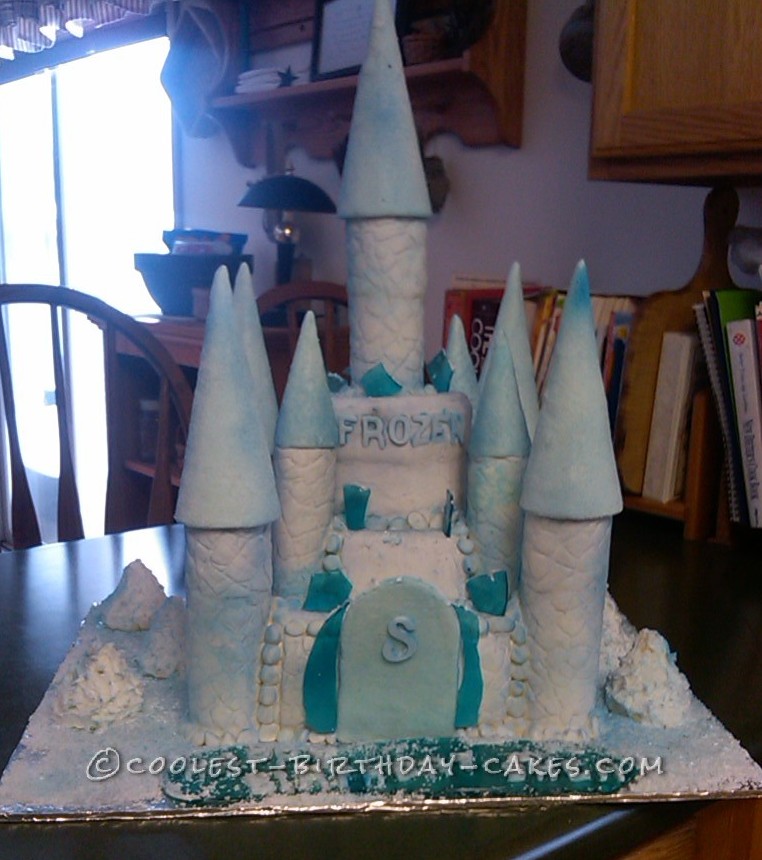 A special little girl named Shea loves the movie “Frozen” and she especially loves Elsa The Snow Queen, so she asked if I could make her a castle cake using the ice blues and teal colors from Elsa’s dress.

The bottom layer and second layer were square cakes. I cut each corner so the towers would fit snug against the cake. The top layer is round cake. I used wooden dowel rods to hold the cake layers in place. 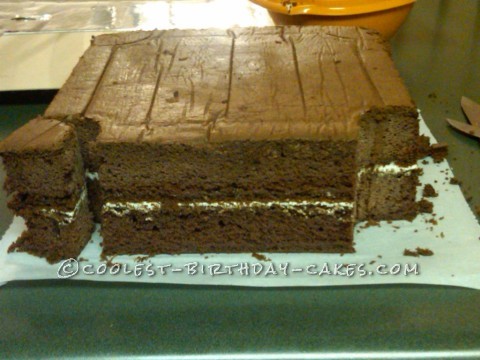 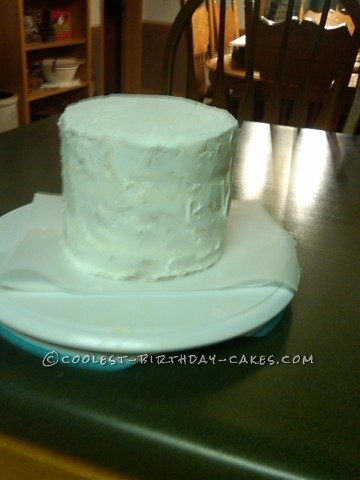 Next I used PVC plastic pipe for the large four towers. I covered it with white fondant that had been pressed with stone pattern impression mats. The four smaller towers I used the inner core within the paper towel; same procedure as above.

The cardboard cones were purchased at Craft 2000 store. I simply made my marshmallow fondant and colored to match Elsa’s dress color. Once the fondant was placed on the cones, I rolled them in sugar.

To make “edible snow” I used a bag of coconut and spread evenly on a cookie sheet. Baked in the oven at 150 degrees for 10 minutes. Once cooled, I used food processor to chop coconut into very fine pieces. The fine coconut was used for snow to cover the small trees on the side of the castle. 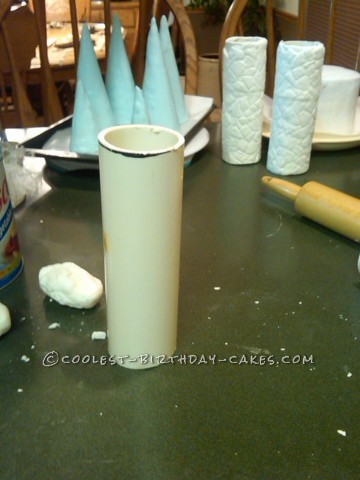 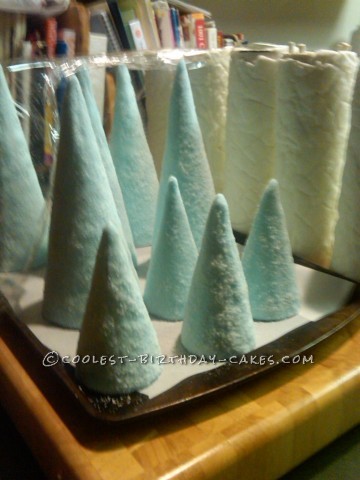 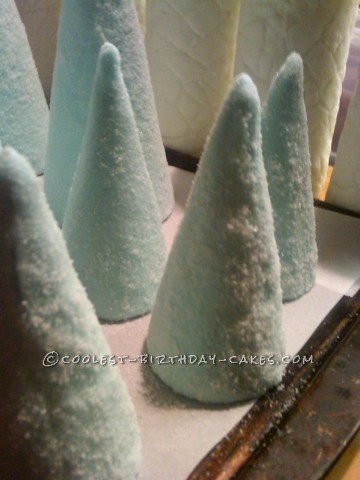 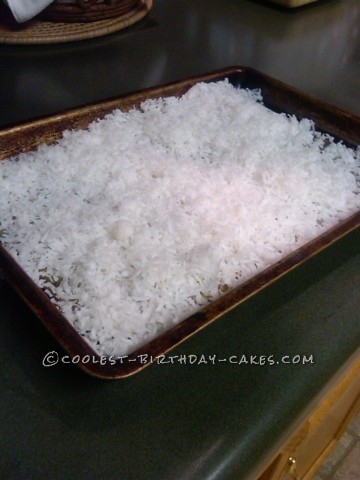 Now I put the pieces together – stacking the cakes on top of each other. I used wooden dowel rods to hold the layers together. I also used royal icing to hold the towers into place against the cakes. Small pieces of white fondant were shaped into stones. These were placed around the cakes for fillers.

Hard candy was made to match the colors of the cake theme and placed throughout the cake for an icy look. Ice peaks are also being added. The castle door is cardboard, covered in fondant. Later you’ll see the letter “S” made from fondant placed on the door. This represents Shea’s last name.

Using my air sprayer, I lightly covered the cake with the ice blue colors. 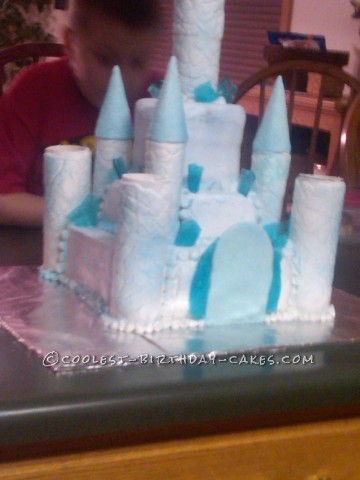 At this point all the peaks are in place, the letter “S” has been added to the door, and I have added the word “FROZEN” to the upper level of the cake. I also made a large shape of hard candy in front of the castle. I cut out of fondant the saying “Happy Birthday Shea” and placed on this shape while it was still warm but firm. 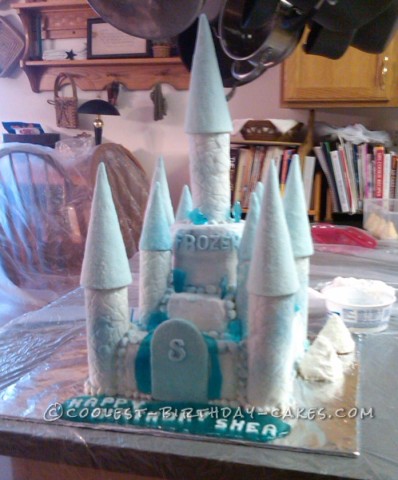 This cake was so much fun to create and one little girl named Shea was very happy with her “Frozen” castle! 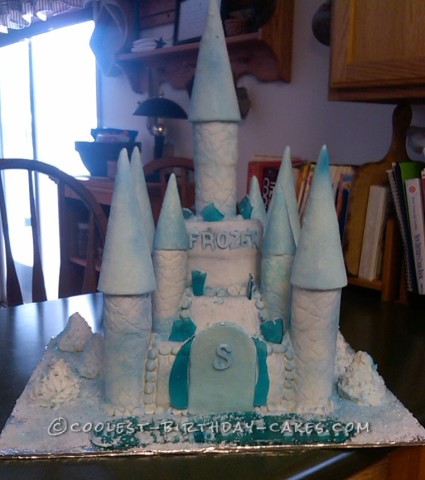