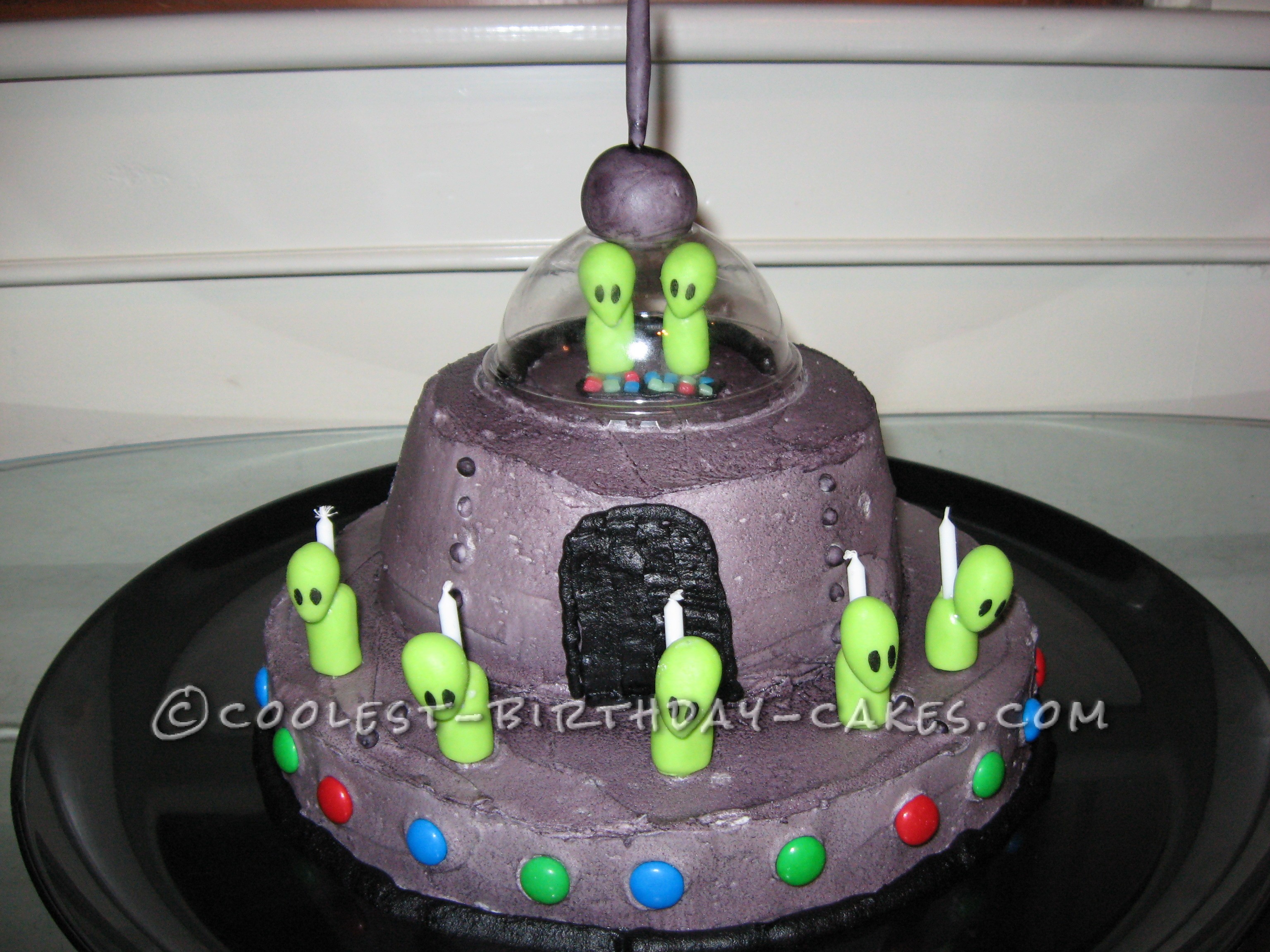 I made this UFO cake for my nephew’s fourth birthday. He wanted a spaceship cake and my sister knew that I was the one to make it.  After searching the net for ideas I came up with this one.  The cake was made from scratch and baked in a large bowl. I hollowed out the center and filled it with green tinted pudding so that it would ooze out when the cake was cut. The icing was all made from scratch also and then coated with a light layer of silver luster.

The aliens are made from fondant and the clear cover of the UFO is the plastic top from an ice.  I was thrilled with how the cake turned out and was sure my nephew would love it. The look on his face was not what I expected.  He didn’t look very happy and he just kept quiet, no excitement, pretty much nothing. We sang happy birthday, cut into the cake, the pudding oozed out as planned, and he wouldn’t eat the cake.

It was years later when my own son asked for a spaceship cake that I realized that my nephew meant a rocket ship, not a UFO.