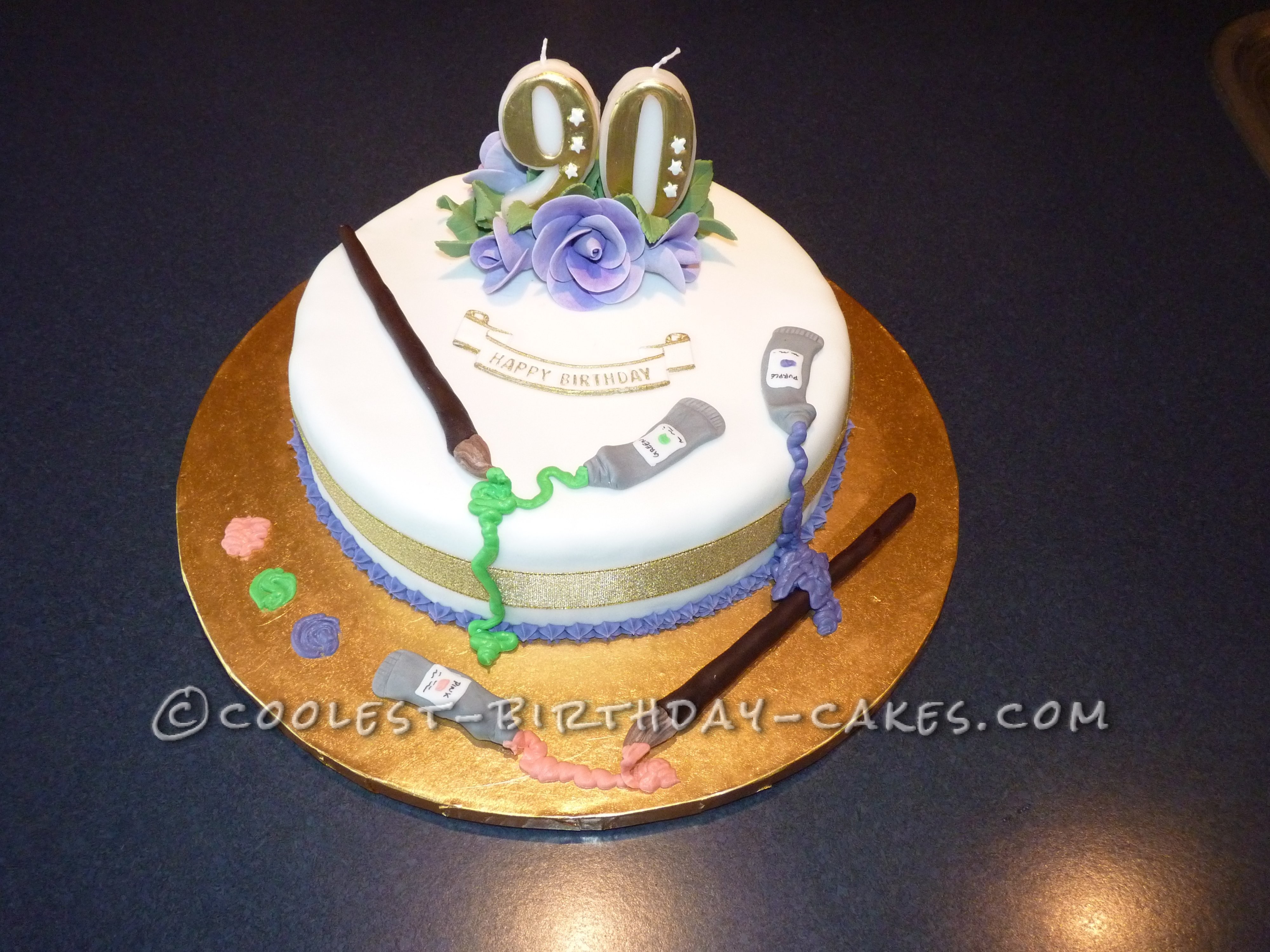 I was determined to make this Palette birthday cake for my 90 year old grandmother’s birthday so I could give her something a little more creative than your typical nice old ladies birthday cake!   She is a very good artist and has a great sense of humor which is where my inspiration came from. I did the nice cake with icing roses and a ribbon then made it look like someone had fun squeezing paint all over it. At the time I had a new born baby so had made some decorations in advance:

– The roses and leaves were all pre-made using colored modelling paste icing.

– The tubes of paint were just a little bit of black fondant (ready to roll icing) mixed with some white to make a grey looking tube, I modeled them then left them on a plate in the fridge to harden.  The white label is also fondant which I stuck on with royal icing and again left it to harden. Once hard I wrote on it with a black pen and added the smear of color.

-The paint brushes were a chocolate fondant rolled around a wooden kebab stick then the grey fondant used for the brush part.  These were also left in the fridge to harden.

I pre made the cake (rich chocolate) a few weeks in advance so when it came to the night before the party I just had to assembly it all. It’s covered with a white fondant and everything was stuck in place with  royal icing – roses, leaves, candles, paint brushes and the tubes of paint.

The fun part was adding the paint – I mixed up three different colors of royal icing and put them in piping bags. I then just squeezed it everywhere to look like it was paint.

My 4 year old son asked who had put paint all over the cake and my grandmother loved it!!  She took home the roses, paint and brushes so she could have a better look at how they had been made.  Despite having a 4 week old baby it was definitely worth the effort!! 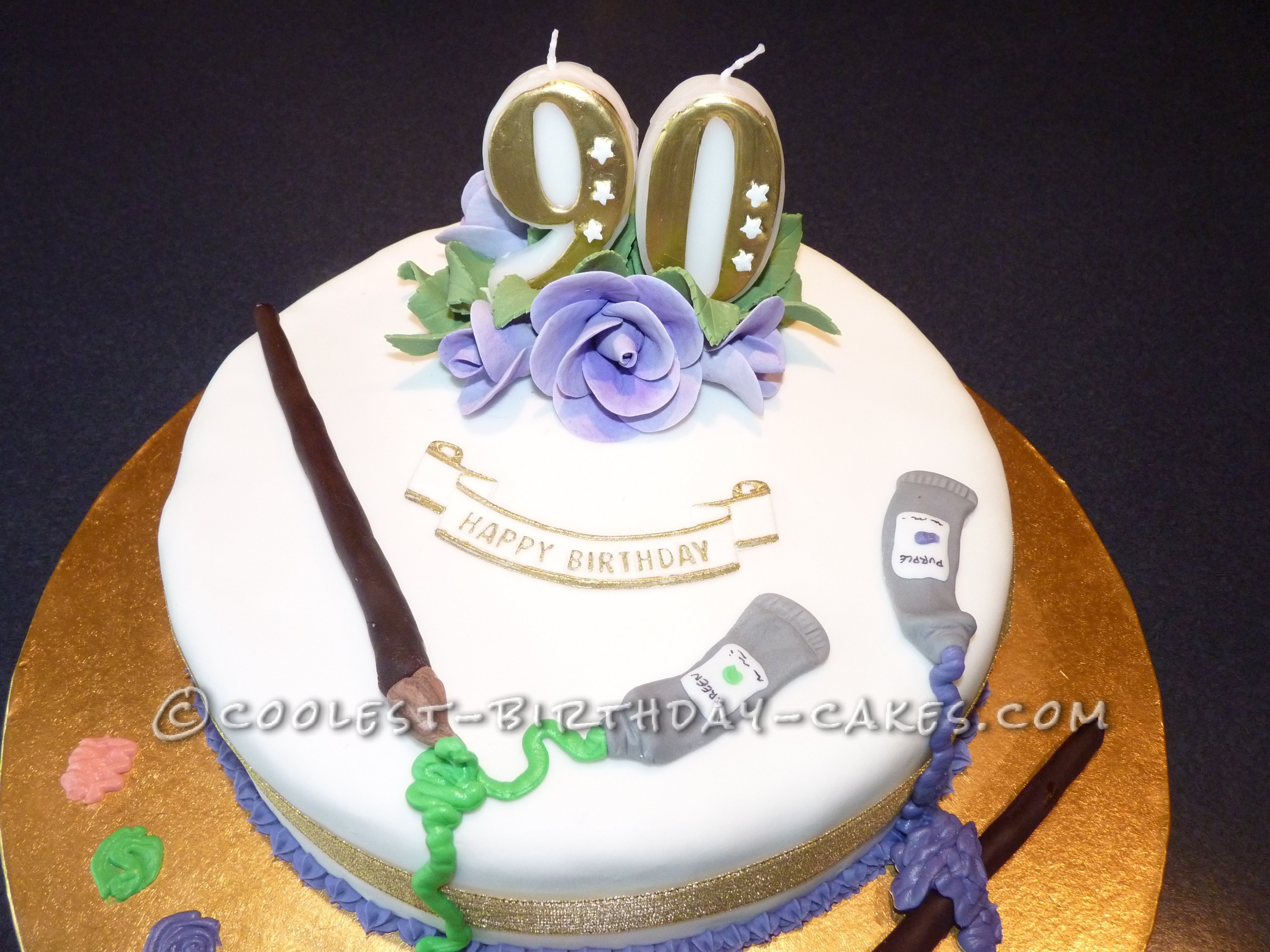 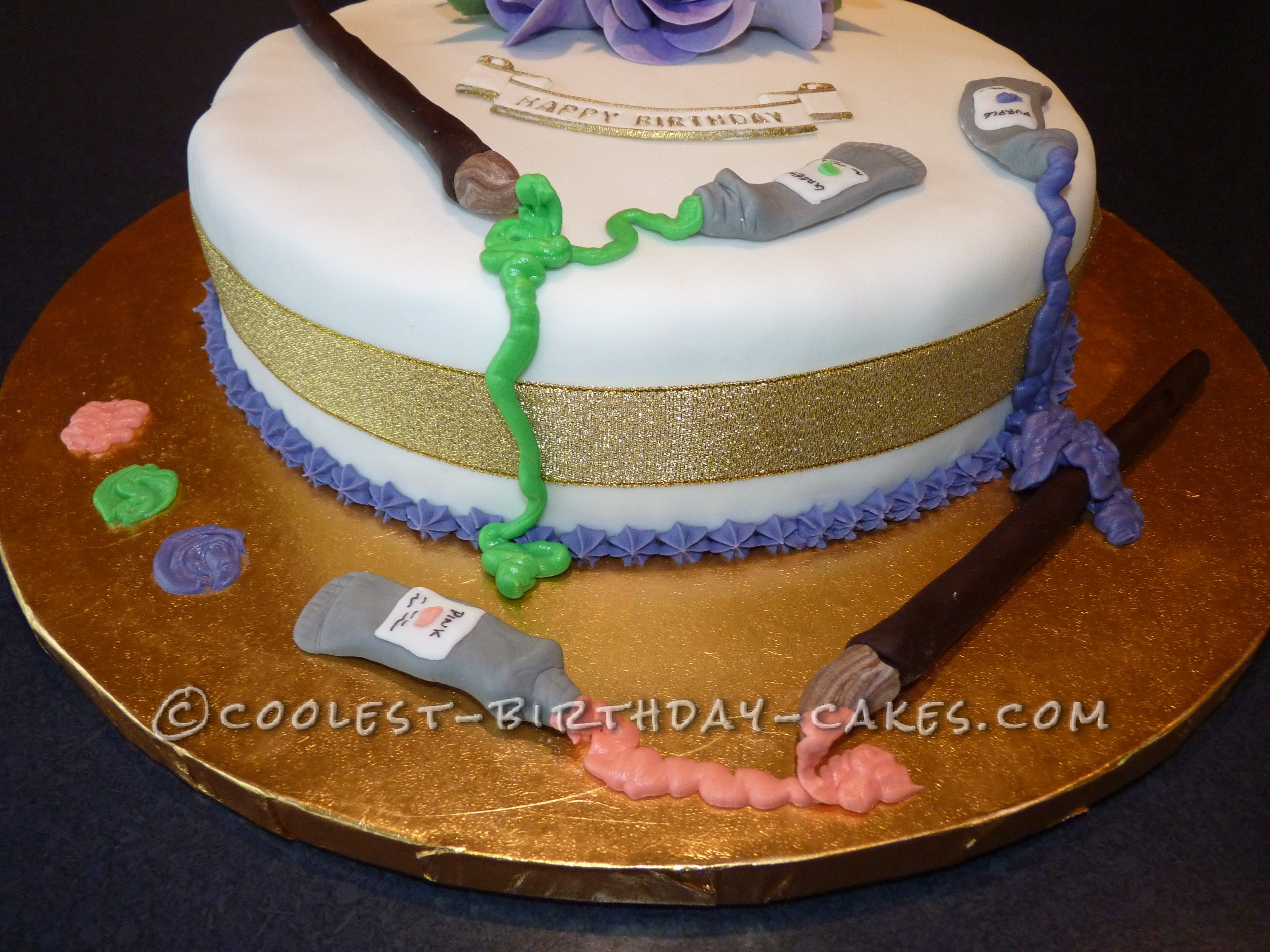