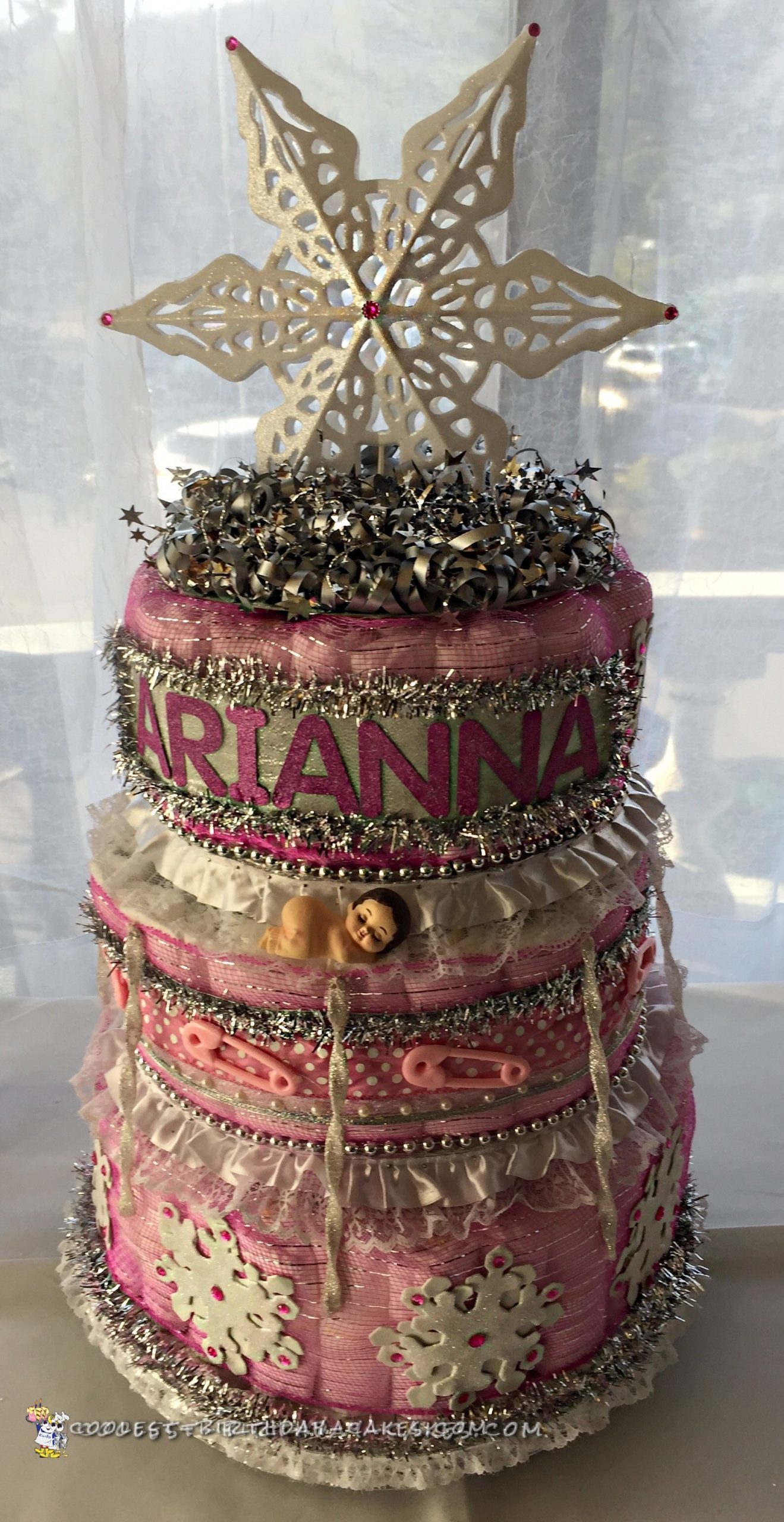 As I walked from the car to the second floor of the restaurant to the room where the baby shower was going to be held, everyone that passed me stopped to talk to me about the diaper cake.  Many could not believe it was made of diapers. The Winter Wonderland diaper cake had everyone “frozen” in amazement!