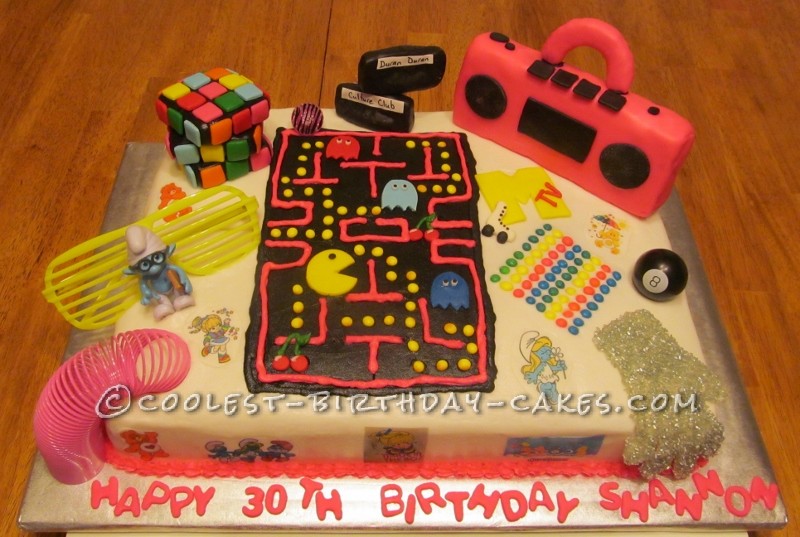 This super cool 80’s cake was created for a 30th birthday girl born in the 80’s. For me this was a trip down memory lane, graduating in 1987 it was hard to narrow down what to put on the cake.

I was able to create several items in rice krispie treats like a Rubik’s cube, boom box and cassette tapes. Once I molded these items they were covered in fondant. With the Rubik’s cube I wanted it to look as if it was turning so I made 3 separate pieces squares that I was able to stack to create the cube. The the squares for the Rubik’s cube, Pac Man pieces and several other items were cut out of fondant as seen in the pictures. I cut out a glove in while fondant then used silver glitter crystals to create the sequins and and shimmer Micheal Jackson glove was so known for.

The Pac Man game was drawn in butter cream  icing and several items were found at Party City to add to the cake like the dots to make the twister game, shudder glasses, 8 ball, slinky,  and hot pink light up ring pop, plus a mini smurf at Toys R Us was a great find.

The images around the cake of rainbow bright, the smurfs and care bears are printed as edible images and cut out then glued with piping gel to the cake for the final touches and the 80’s have been recreated. 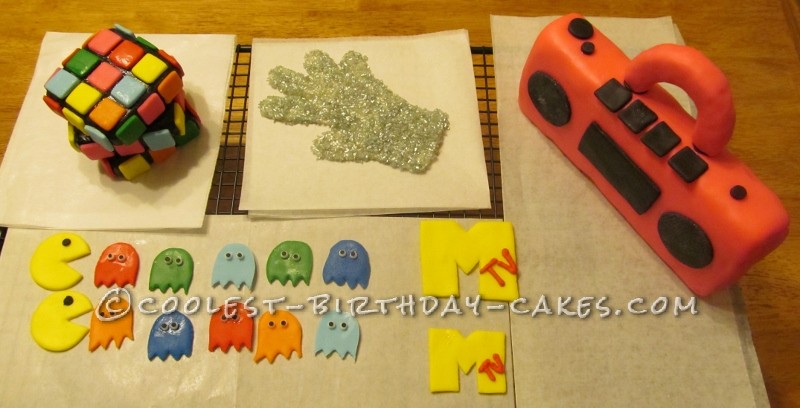 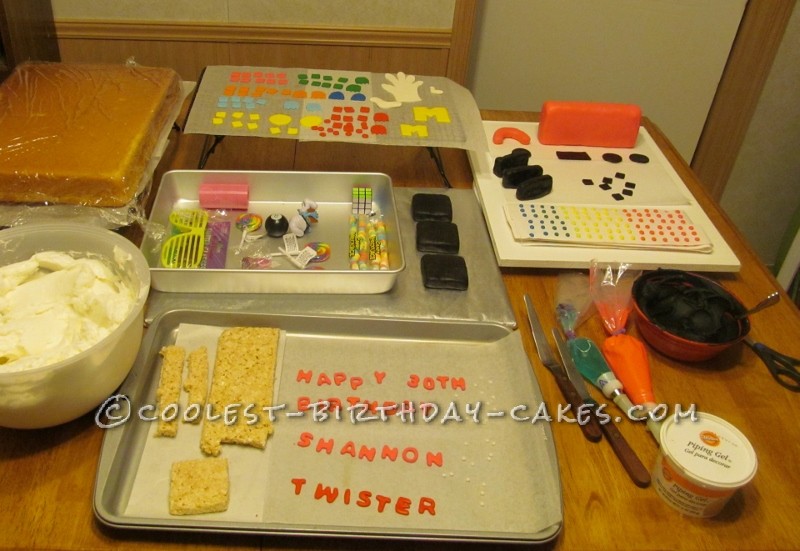 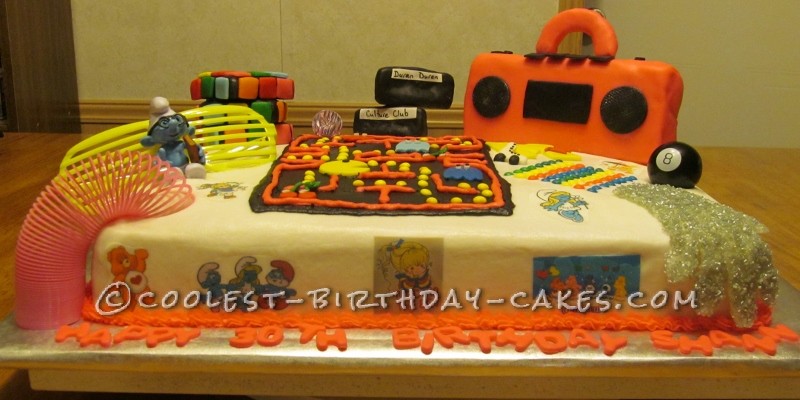 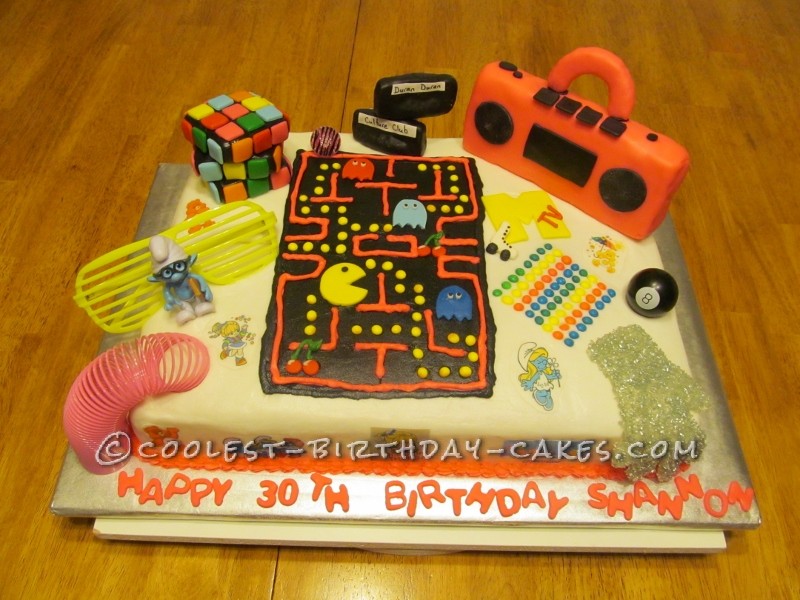 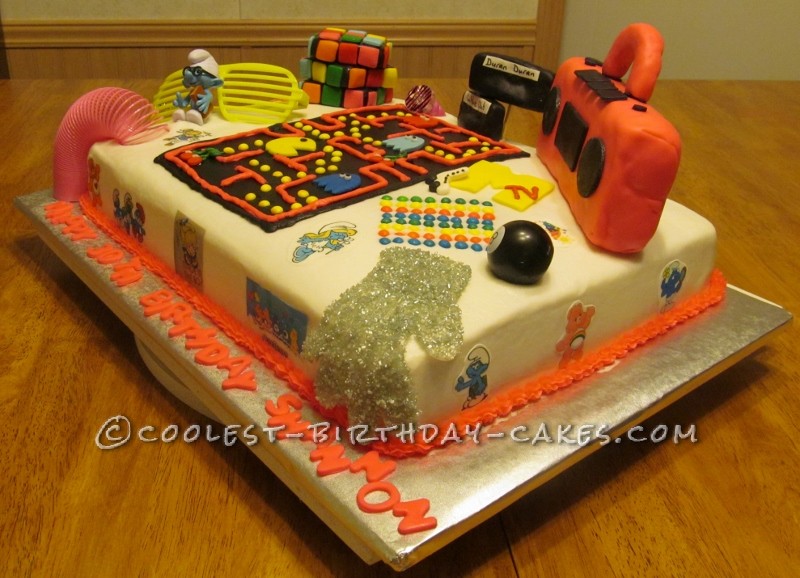 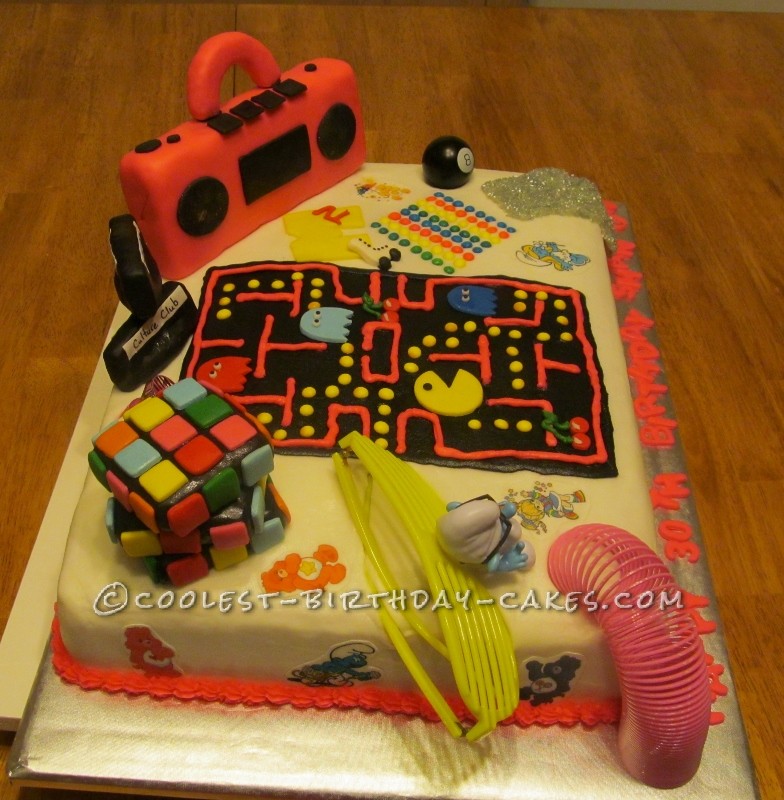