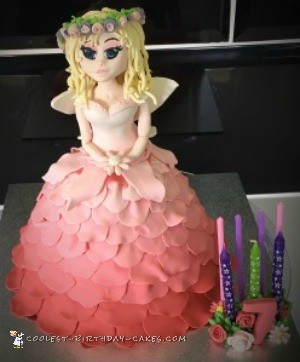 I made the body for this fairy princess birthday cake about a week in advance, used a mold I had pre-done using food grade moulding gel and a doll. I used half fondant half gum paste for the body and face, used a piece of spaghetti for stability, painted on her features aside from her … Read more 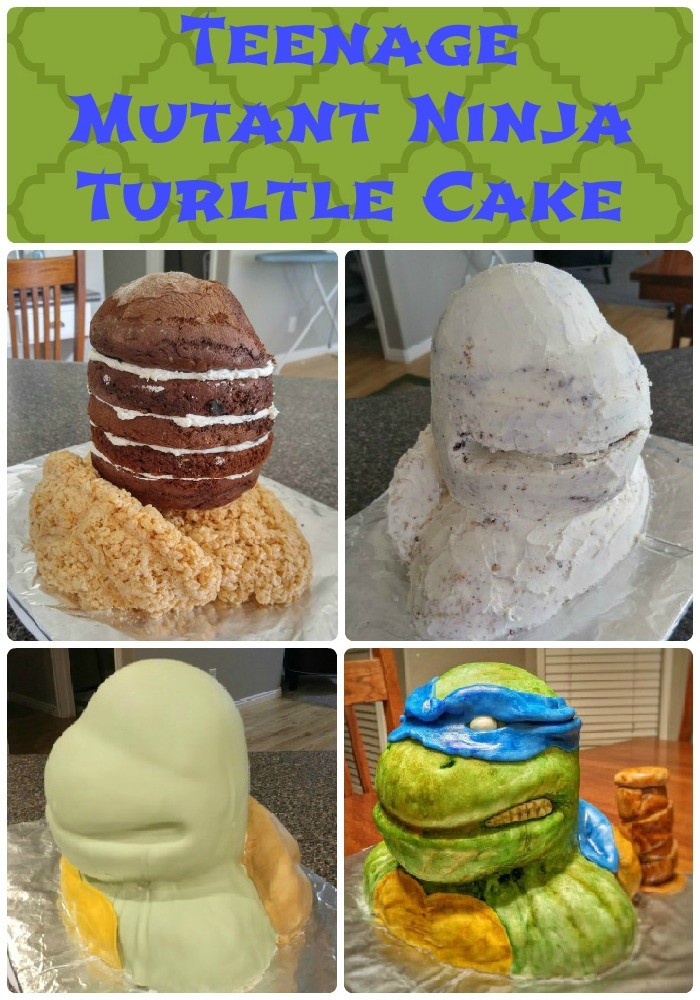 After changing his mind several times, our now 4 year old decided on a ninja turtle cake for his birthday. We have the old Wilton pan that we’ve used before, but I wanted something different. I love the more realistic, aggressive looking ninja turtles over the cartoon and found a couple of reference images online. … Read more 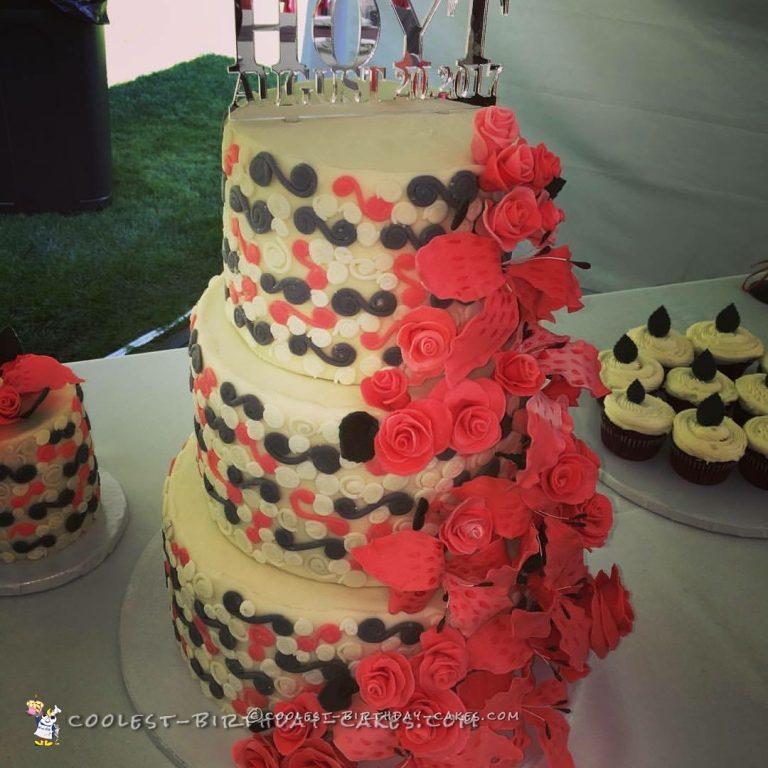 This three tiered wedding cake was a homemade red velvet cake with cream cheese filling and vanilla buttercream. Each tier was covered with white modeling chocolate. Then it was decorated with grey and coral embellishments that I hand made and attached with melted white chocolate. The roses and Stargazer Lilies were made from homemade gum … Read more 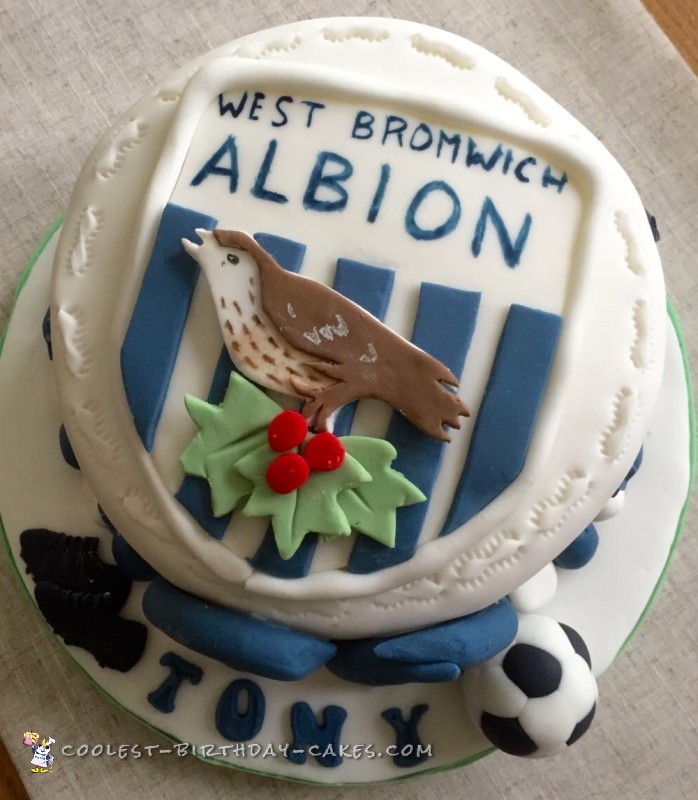 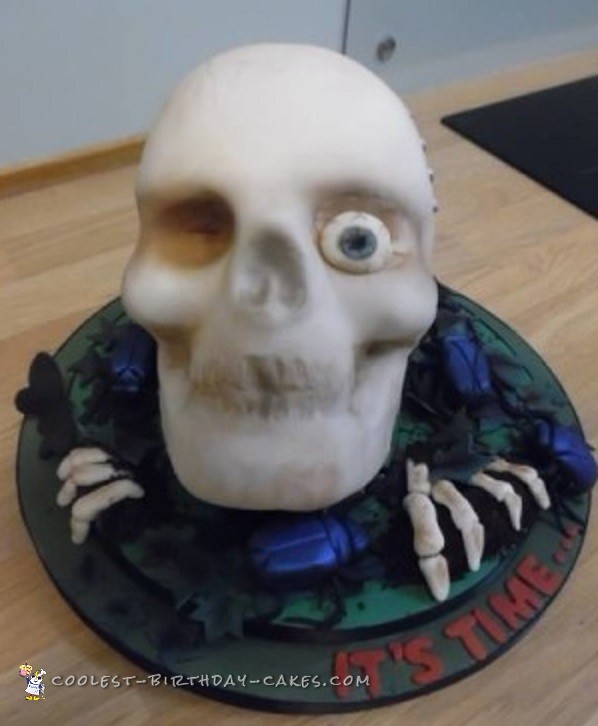 I decided I would like to make a Halloween cake and rather than eat it myself, I held a raffle at work to raise money for a vetrans charity and a cancer nurse charity. It was well received and I made around £150. I did use a skull shaped tin for the actual cake but … Read more 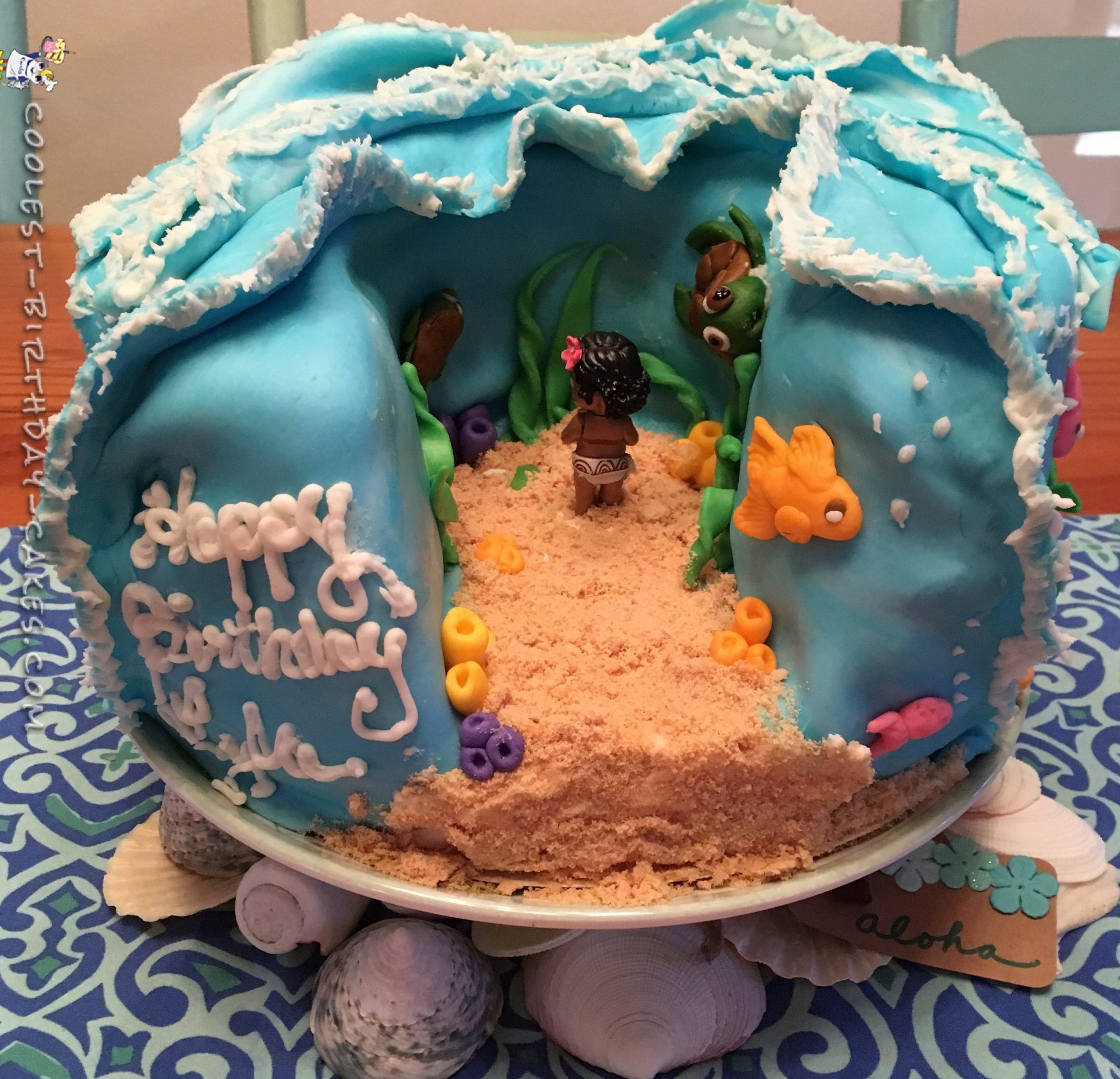 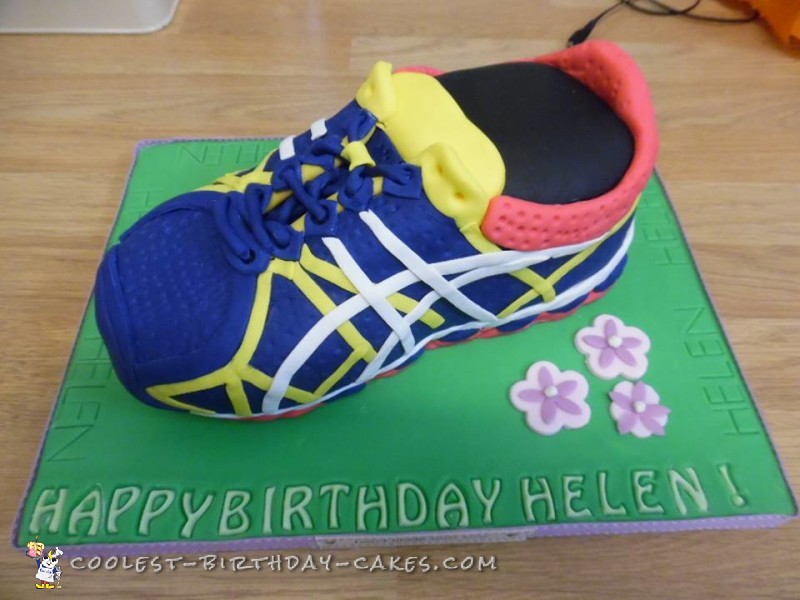 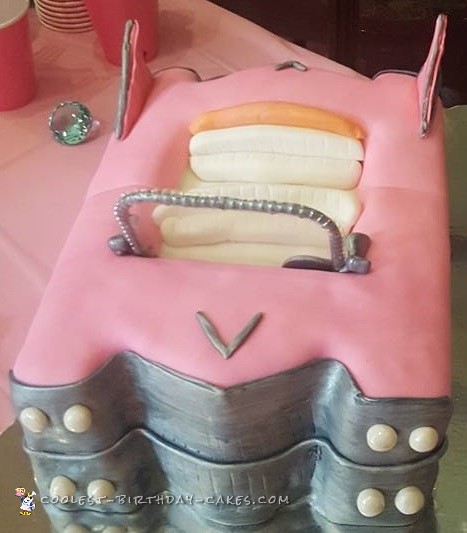 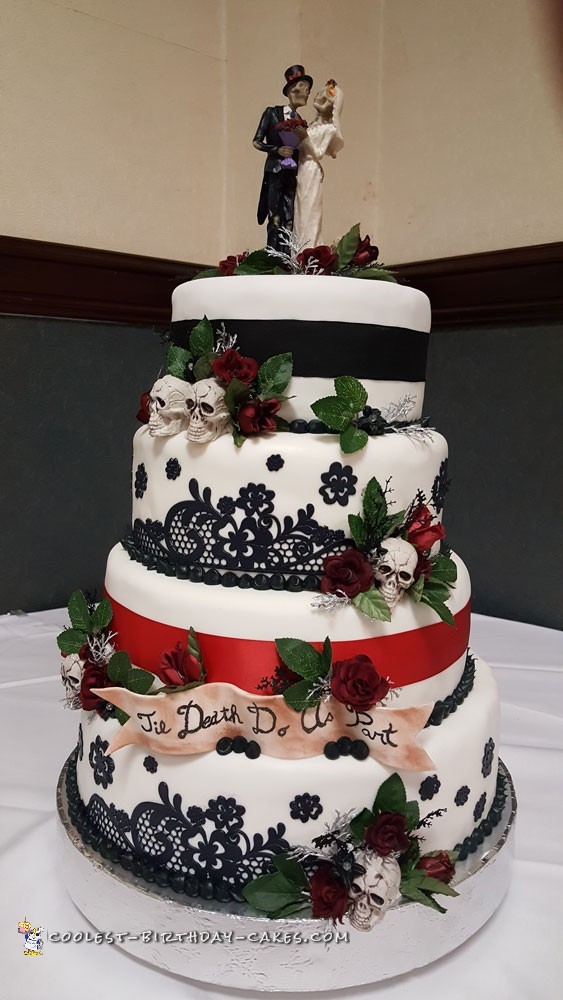 This 4 tiered custom designed “’til death do us part wedding cake” was the most recent in my line-up of cakes submitted here.The bride and groom wanted to theme their wedding “Til Death Do Us Part,” so the skulls and skeletons fit the theme. Wedding Cake Instructions The tiers are 14″, 12″, 10″, and 8″.  … Read more