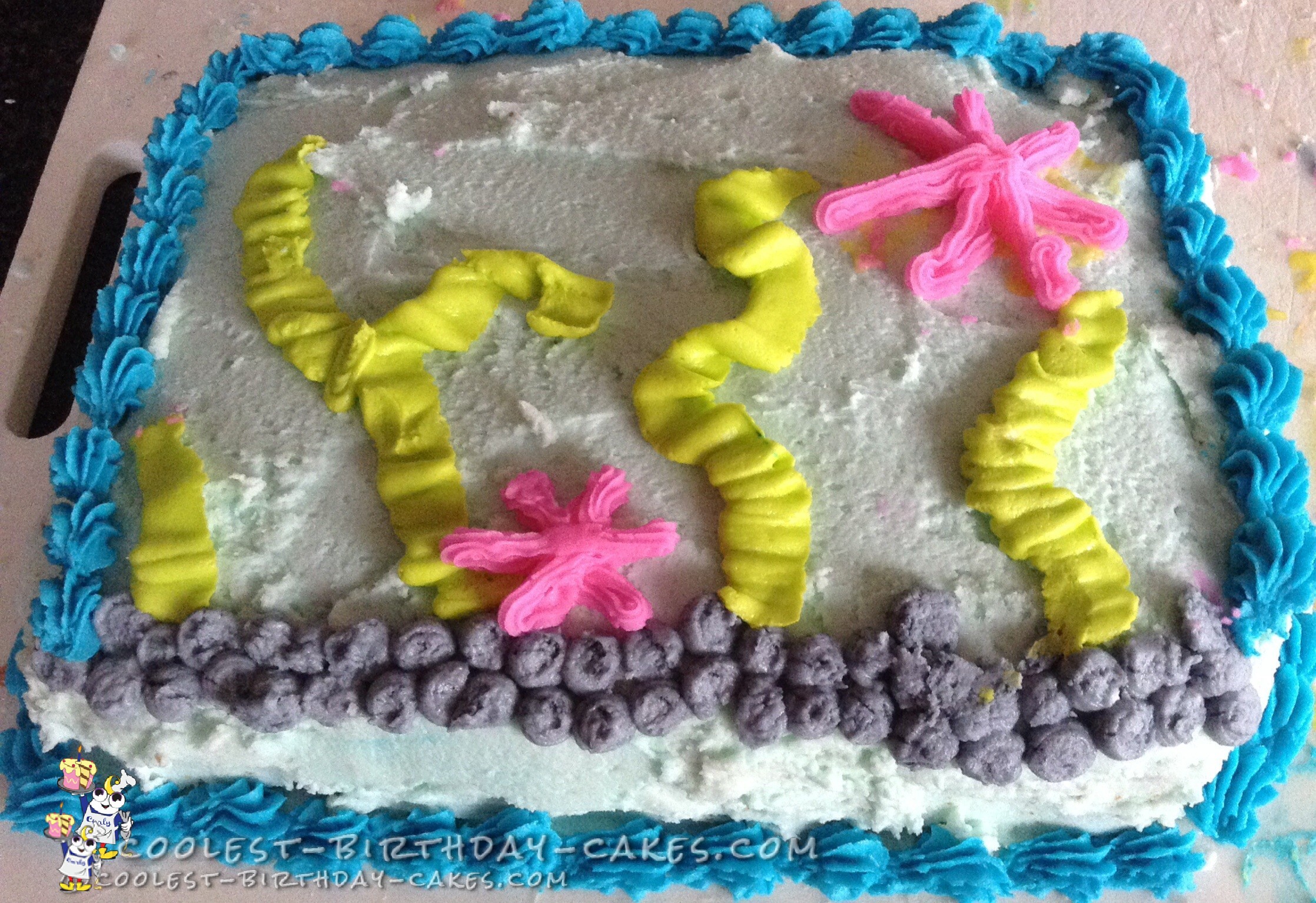 This by the seaside cake caused us some trouble. When we took it out of the pan the whole corner broke off, but we glued it back together with icing. It was quite an easy fix. Seaside Cake Instructions The first thing we did was bake a basic vanilla cake.The recipe had 4 1/2 stars so … Read more 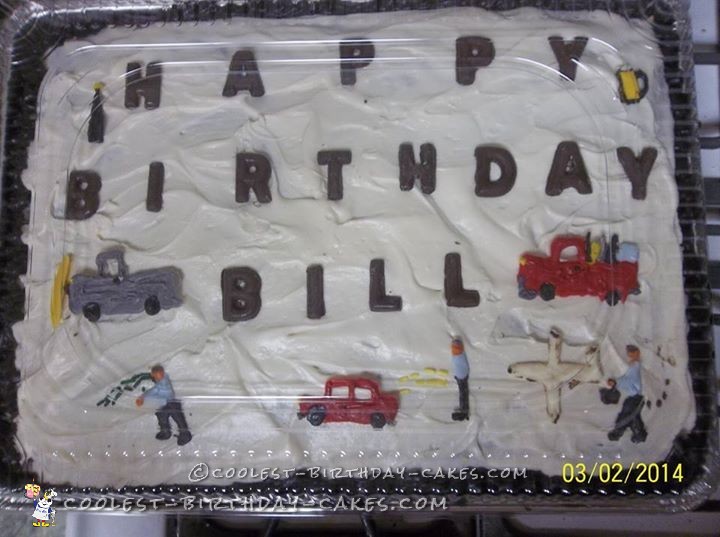 This is a one of a kind 60th birthday cake for a one of a kind guy named Bill. I baked this cake and frosted it but I handmade the decorations out of chocolates because I wouldn’t be able to find them anywhere. They are unique to my next door neighbor Bill and the crazy things … Read more 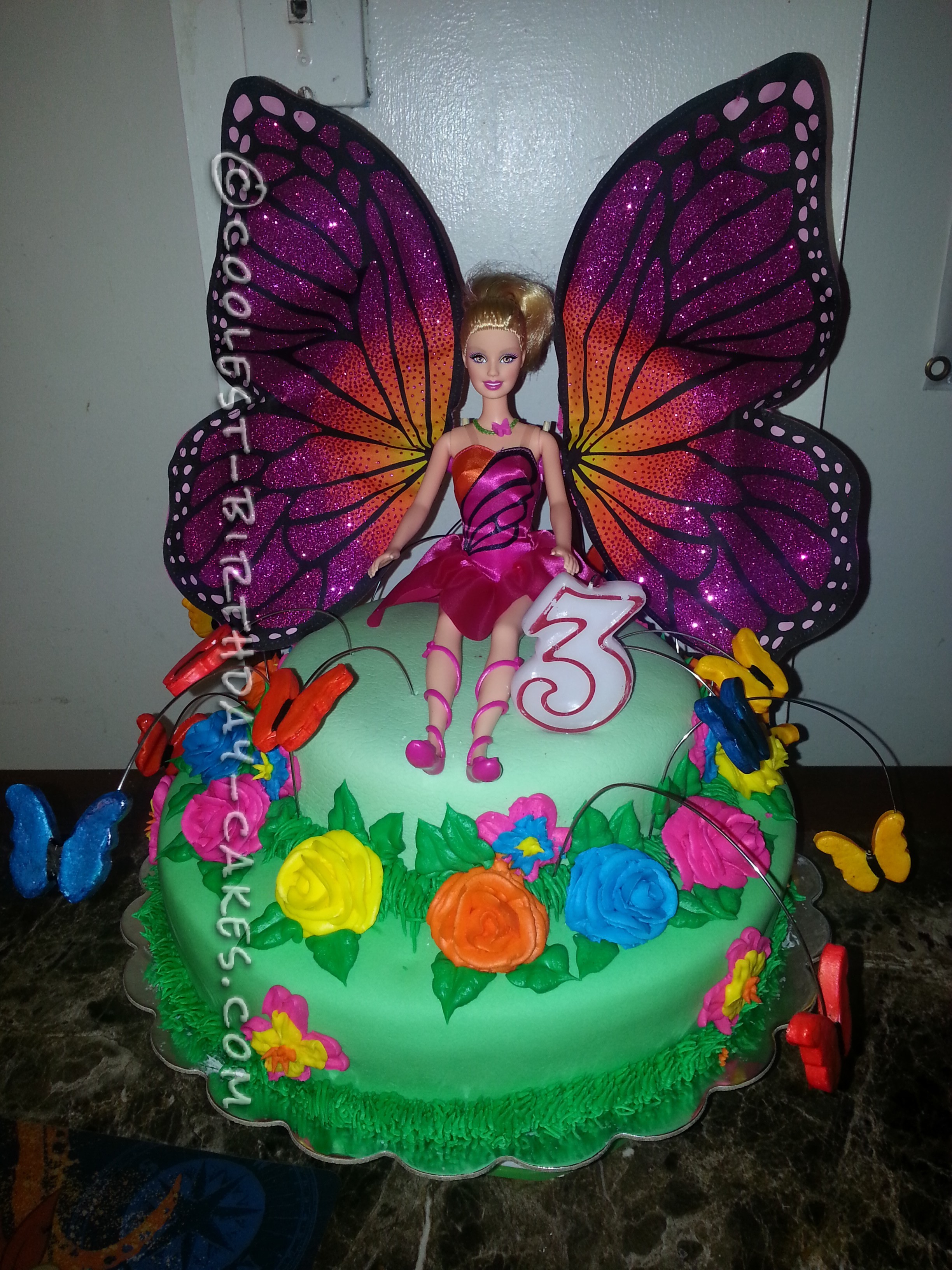 I baked a chocolate cake on the bottom and the top was red velvet. I got my frosting from work. The chocolate part had butter cream icing and the red velvet had cream cheese frosting. The green on the cakes was a homemade fondant made with marshmallows and food coloring then I rolled out the … Read more 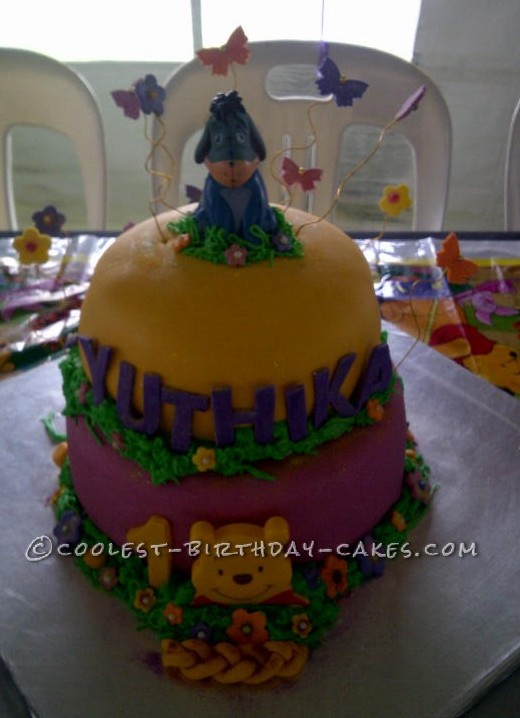 This Eeyore cake was my first ever girly cake which I so enjoyed as I got to finally use pink fondant. My friend’s little daughter turned 1 and she loves Eeyore so he was the focal point of the cake. It was a two tier cake, bottom was vanilla and the top tier was chocolate. The flowers were … Read more 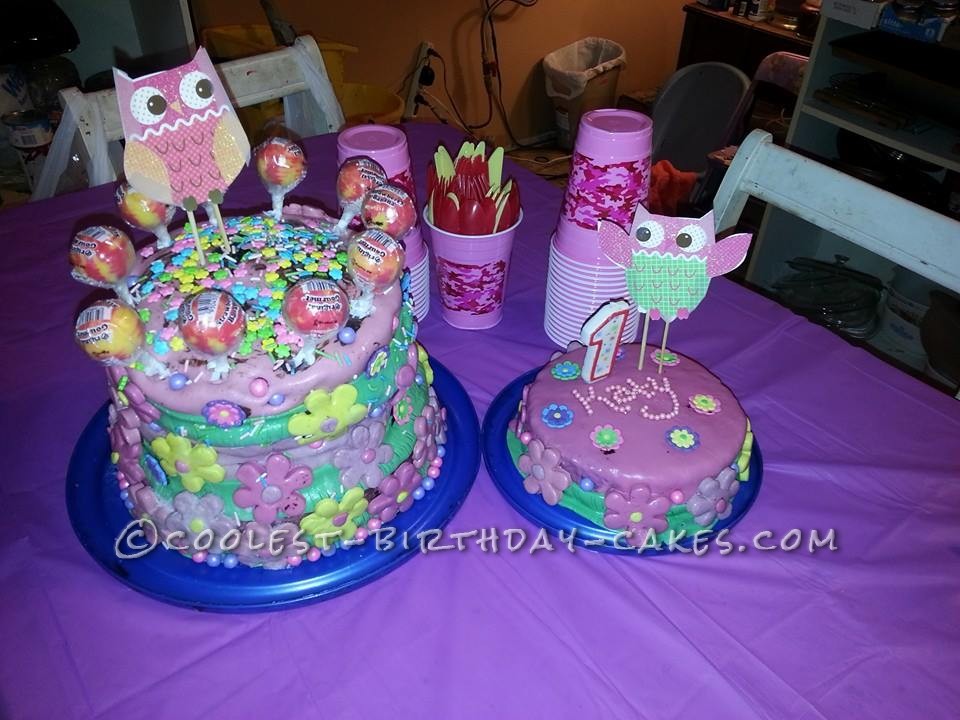 My niece Katy’s first birthday was coming up, so we decided to make a homemade cake for her. We knew that we wanted it to be special, so we made this plan to try and make a 3 teared cake similar to a wedding cake, and a personal cake for our beautiful one year old. … Read more 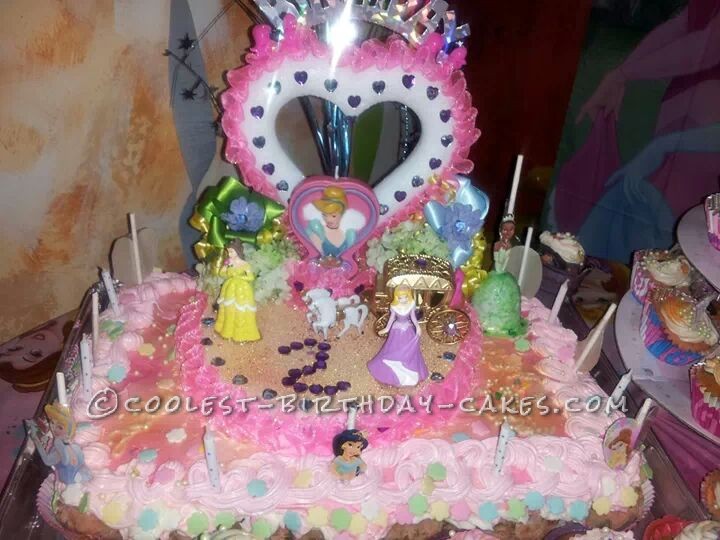 My daughter Jaslene was turning 2 years old and adores the Disney princesses.  So I came up with the theme was to all Disney princess. Which included Cinderella, Aurora, Tianna, Jasmine & Snow white. The flavor was vanilla pinks confetti made from scratch. And princess Tiana was a chocolate cake pop dipped in white chocolate … Read more 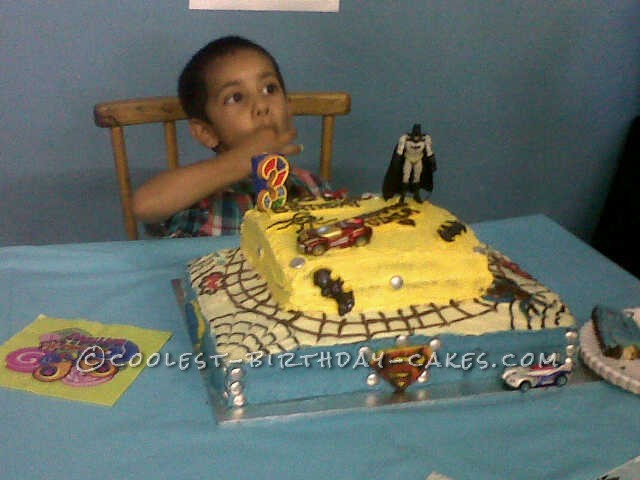 My son was 3 yrs old, loves all the marvel and DC comic Super Heroes, so it was only fitting to make a Super Hero cake. I searched the net for a dozen ideas and pictures of Batman, Spiderman, Ironman and Hulk pics and cakes so I could have plenty to refer to. I really had … Read more 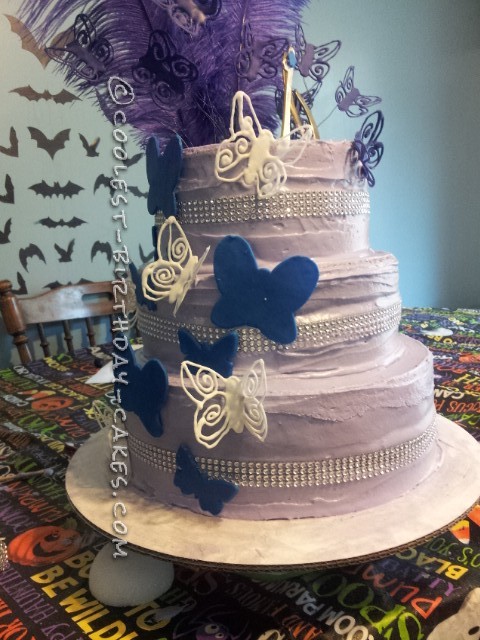 I made this butterfly birthday cake for my friend’s daughter’s  birthday. I started to make butterflies three day early. Solid ones are fondant, rolled fondant out and used cookie cutter, laid them out on very lightly greased cookie sheet.  The lacing looking one are royal icing. I used basic recipe, 3 egg whites 1 tbl … Read more 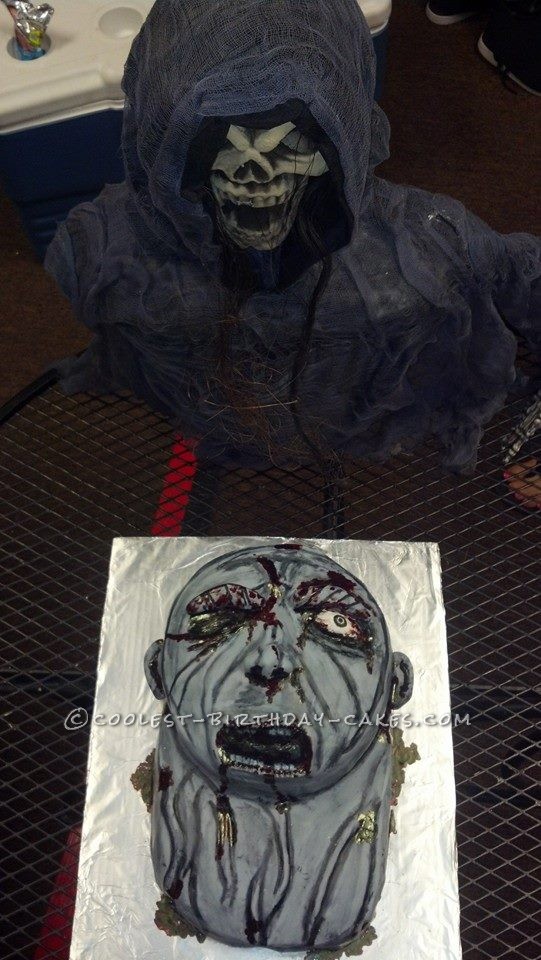 This walking dead zombie cake is a chocolate cake with chocolate pudding filling. This is for a Halloween party. After carving the 2 layer cake, I covered it with grayish fondant and made creases and hand painted the shadows. I formed the nose and glued it on the face with water as well as the … Read more 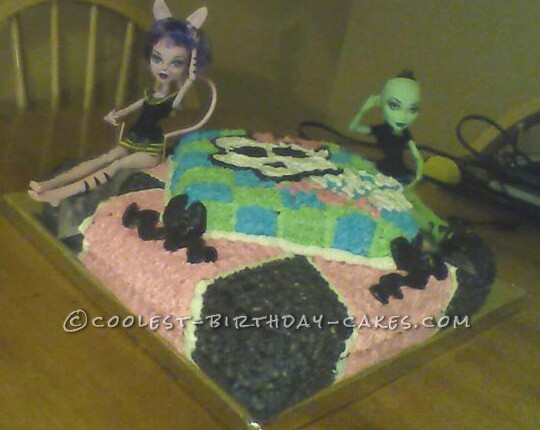 My daughter wanted a Monster High cake.  I am not a professional decorator…lol…basically said “are you nuts”.  But she wanted me to do it. Butter cream is my only medium.  I have not attempted fondant. Oh, her birthday is in August.  Heat melts buttercream.  It took approx 4 hours to complete. This was my brain child.  Quite … Read more 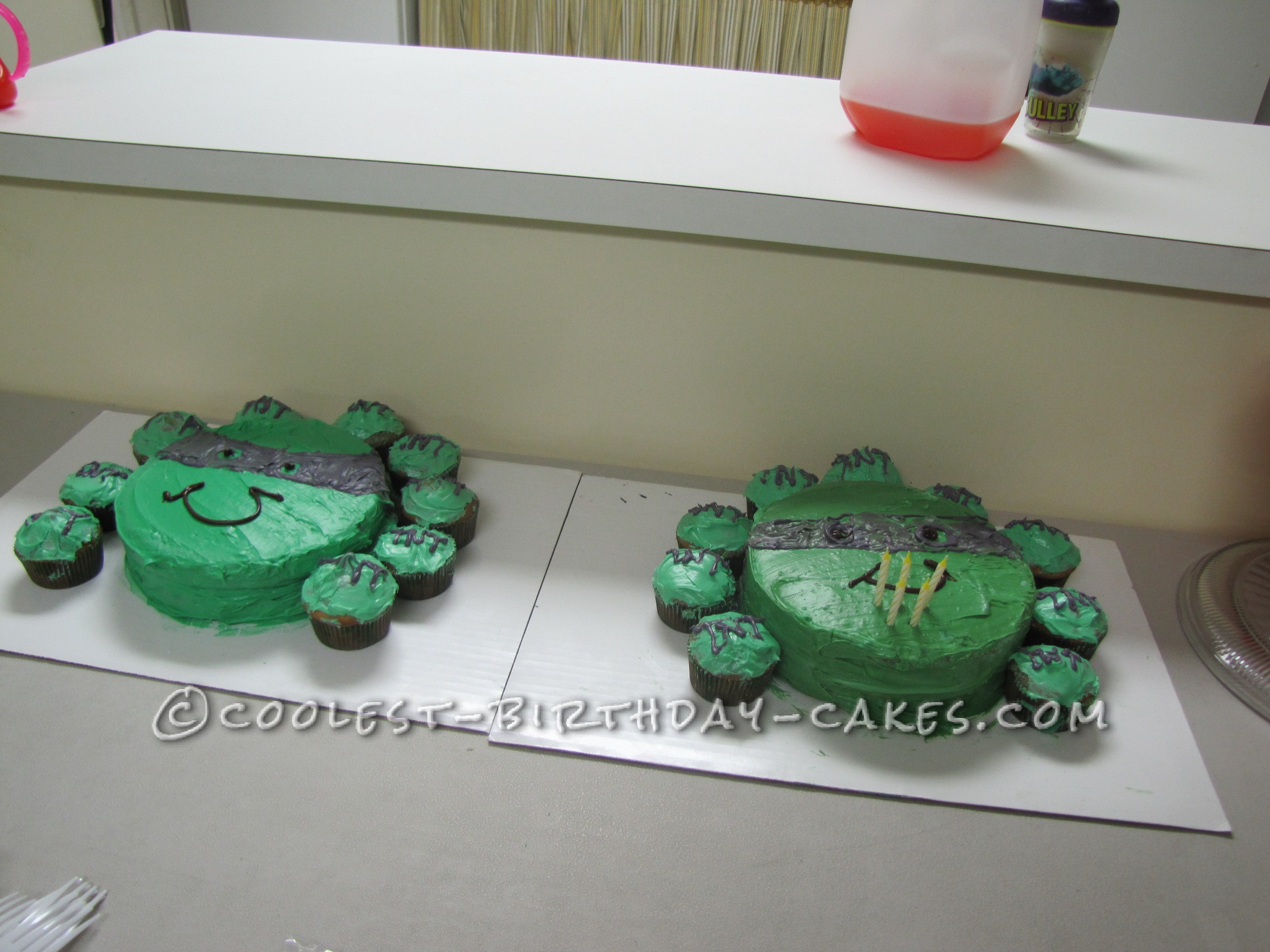 My son was turning 5 and he wanted a Ninja Turtle cake. I usually don’t make my own birthday cakes, so I found a design I liked and modified it for my son’s party. I made a total of 4 round cakes and stacked 2 on top of each other and iced them with vanilla … Read more