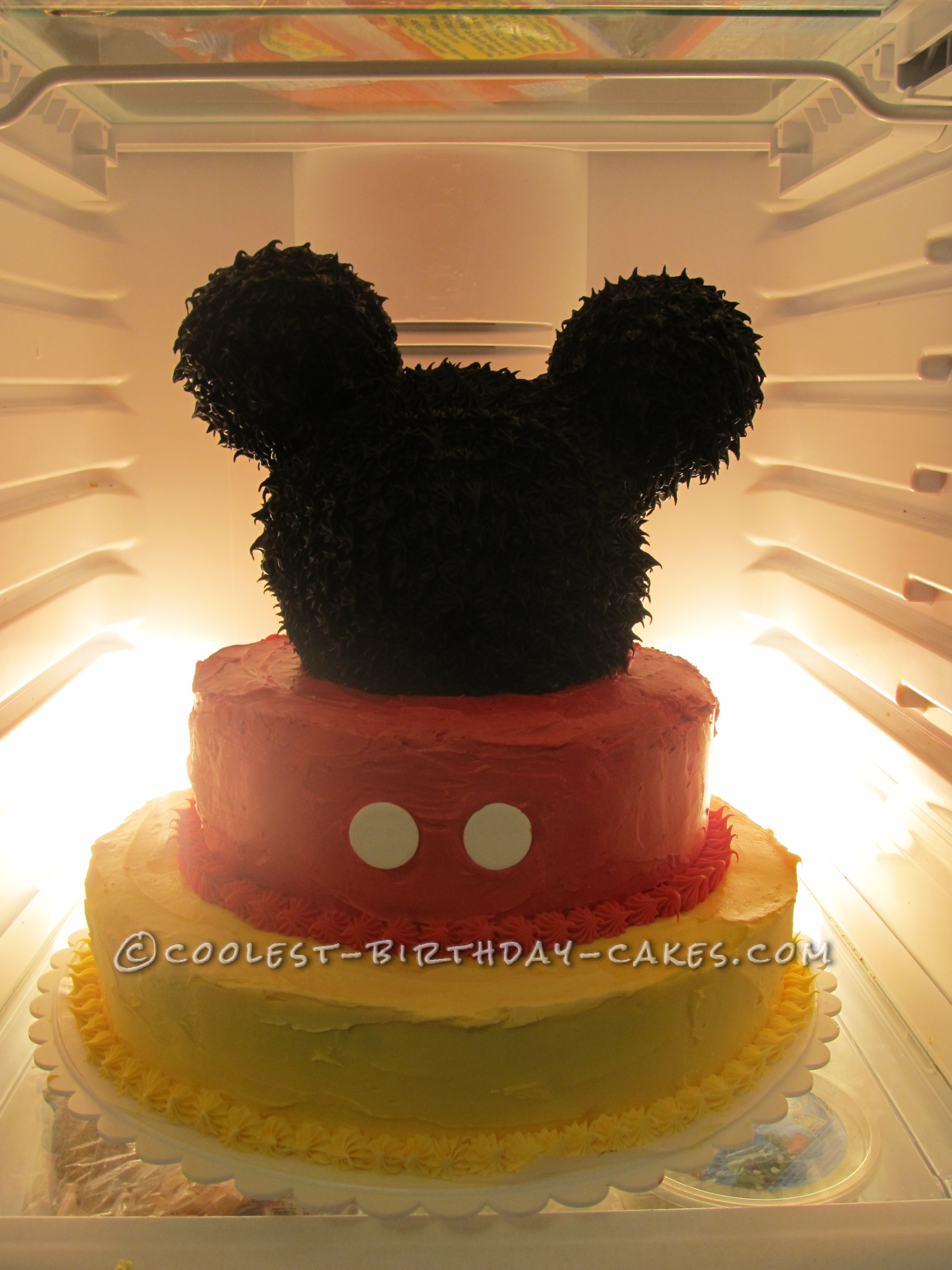 First I made a 14” x 2” yellow cake layer with butter cream (Pillsbury) frosting that I tinted with yellow food coloring to represent Mickey’s feet. The second layer is a 9” x 3” devil’s food chocolate with butter cream frosting tinted red for Mickey’s pants. This took an entire bottle of red food coloring (and then some!) and I had some pretty red fingers to show for it. I then added 2 white Necco Wafers as the buttons.

Lastly, it was time for Mickey’s head. I own the Wilton Round Cake Pan (the one typically used to make a soccer ball or basketball, etc.) so I knew that would make a great head and I would decorate with black ‘stars’ using the ‘star’ cake tip. I didn’t want to use a lot of black food coloring though so I ‘googled’ easy ways to make black frosting. Ultimately, I bought dark chocolate frosting as a base to make ‘Mickey Mouse black’.  The cake was a yellow cake.  I put two halves of the head together with some of the black frosting and then I decorated the entire head before starting on the ears, which I figured I’d just pop in and decorate at the end.

Now for the ears, I initially cut out round rice krispie treats and stuck them on lollipop sticks. I figured, I’d seen Food Network and their cake competitions, etc and how it seemed to work for them so I’d be good to go plus I had ‘googled’ it too. WRONG. As I’m working on the frosting on ear number two (after sticking them in the cake), the rice krispie treat melted and my ears started just misshaping. I pulled them out of the cake and had no idea what I was going to do. It was 9:30 p.m. the night before my precious daughter was going to turn 1. I couldn’t disappoint her! So my husband suggested putting Styrofoam balls on lollipop sticks (bamboo) and then just decorating those with the frosting.  It worked beautifully! I then finished off the cake with yellow piping around the bottom layer and red piping around the second layer. Everyone LOVED the Mickey Mouse cake and raved about how creative it was! And the birthday girl loved it too! 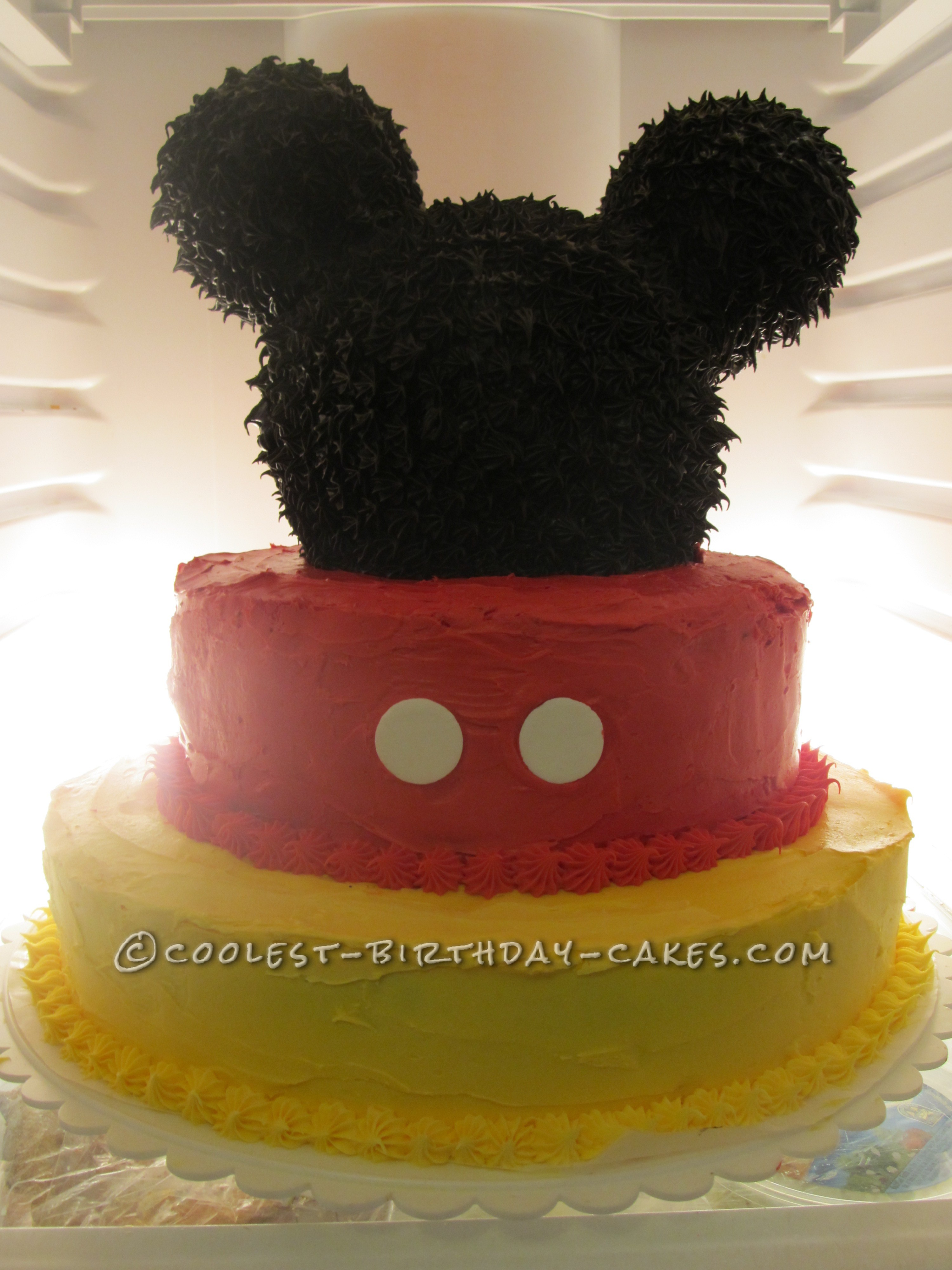 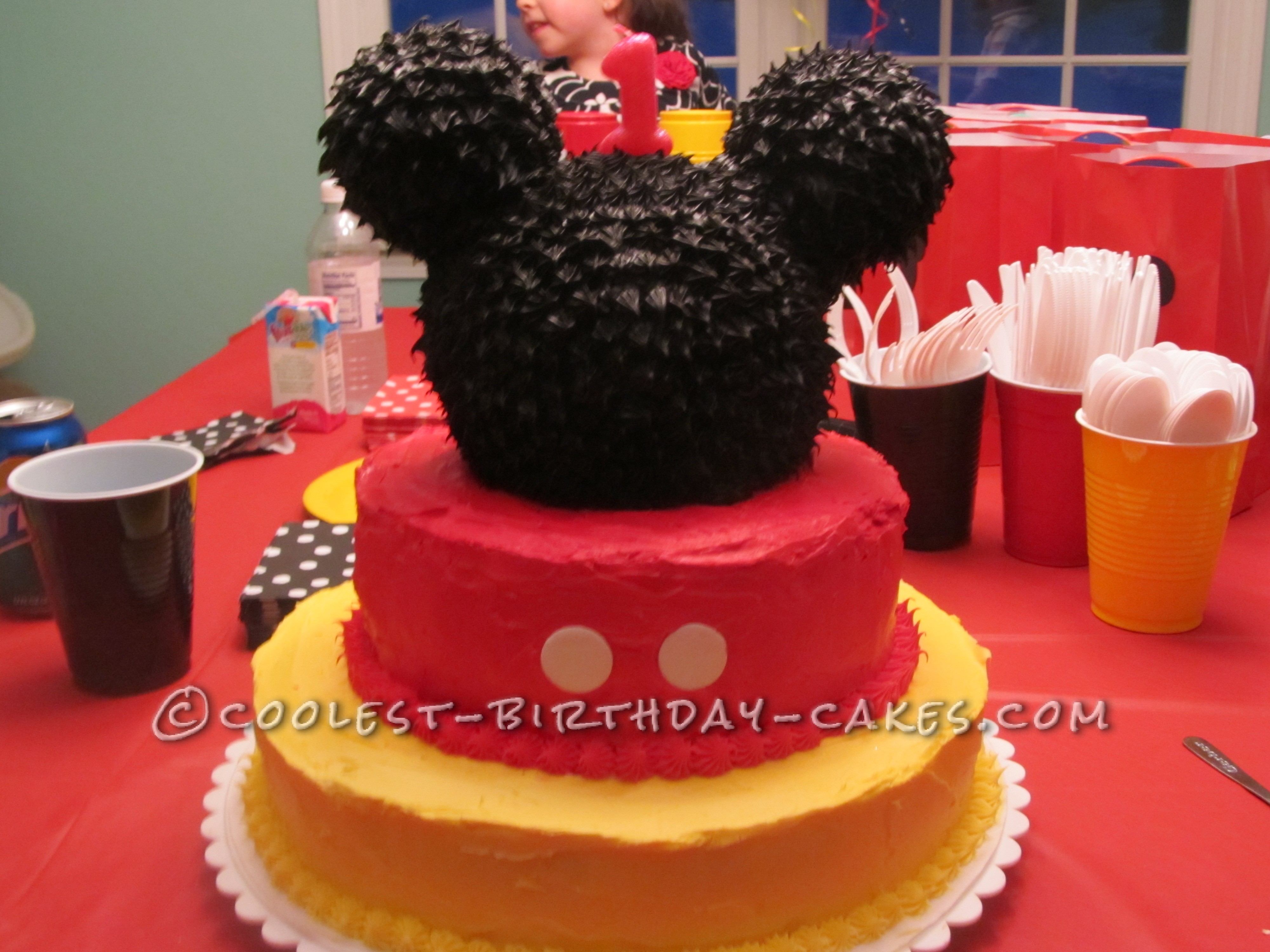