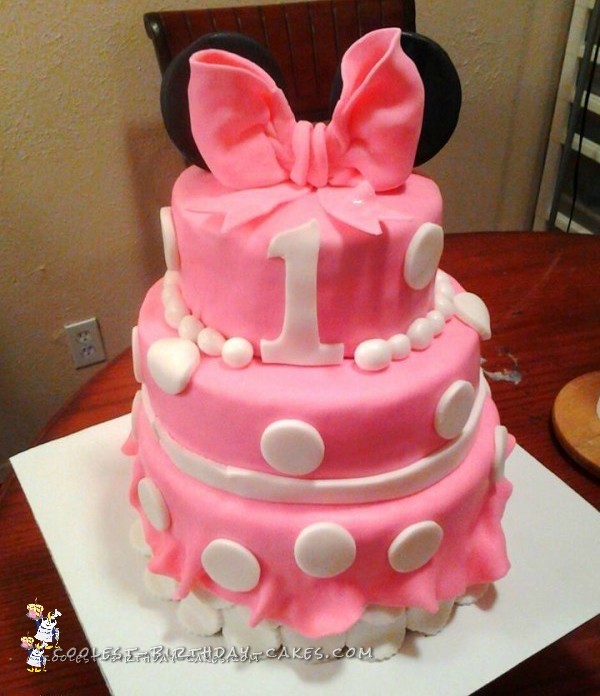 I was asked to make a 1st birthday Minnie Mouse cake for a special little girl turning 1.  I happily agreed and here is how it went.

I know I wanted the top of the cake to have a classic Minnie bow and ears, but I had never made a bow before, and I was intimidated about the ears because I feared my fondant would not harden enough and flop over. So, of course I searched YouTube for bow tutorials, and found one that I was able to replicate.

I made the bow and ears a week in advance, placed them in a box and put it at the top of my closet to harden.  I used regular fondant (I use a LMF recipe – you can google it and it pops up) and tinted it black. The bow was tinted with Wilton rose colored frosting. I  used my biscuit cutters to cut out the round ears and broke a wooden dowel rod in half, then put another round ear over each other to sandwich them down in between.

This was my first all fondant cake! 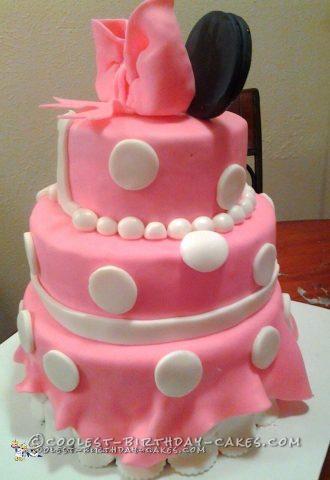