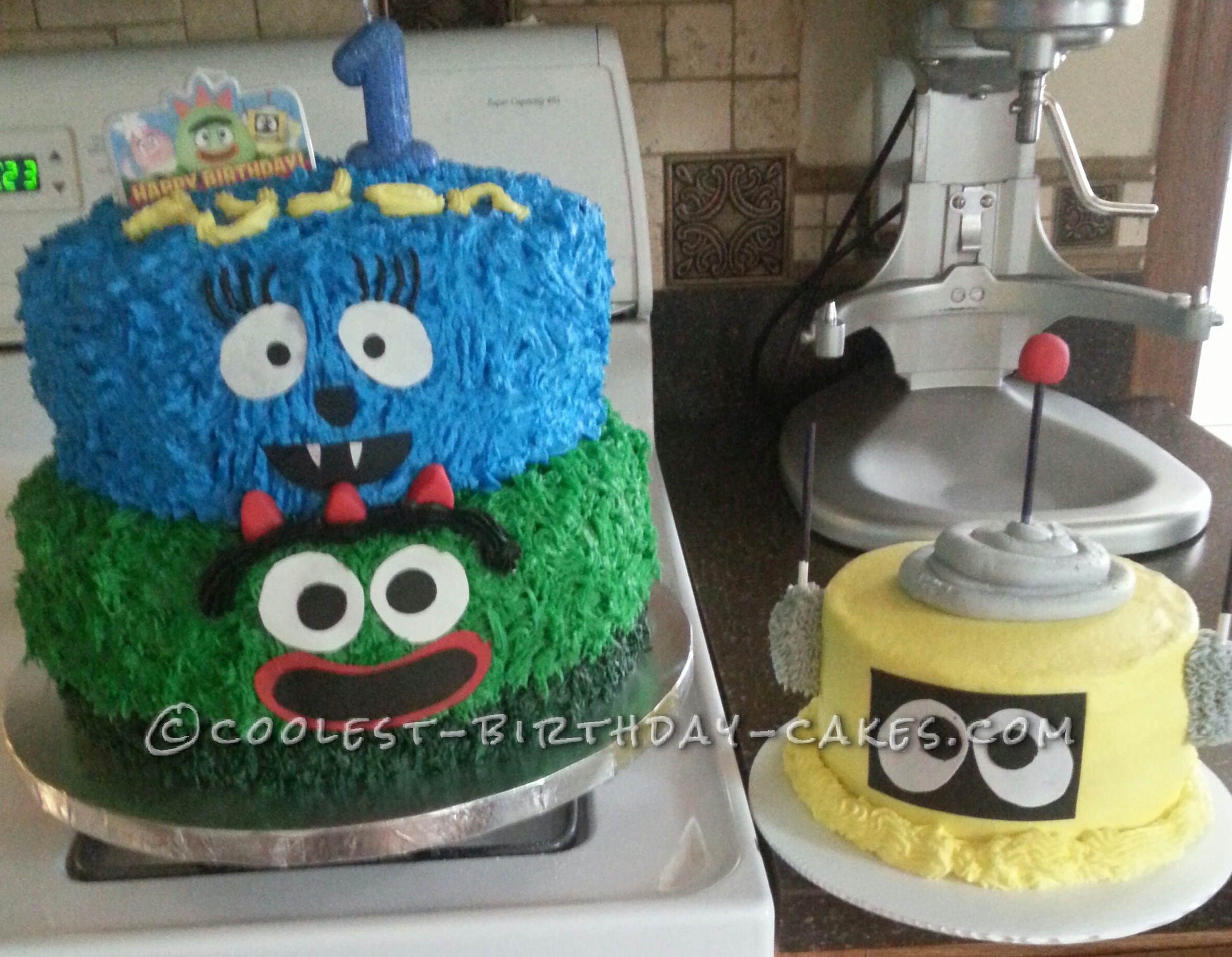 The bottom of the tier is 3 layers of chocolate cake with buttercream icing.  I never did get the color of green that I wanted – even ended up with a batch of army green during my trial and error.  In fact, I probably couldn’t dupicate the colors I finally arrived at.  I felt a little like a mad scientist while mixing greens, blue, black and even some brown!

Once I was satisfied that I got as close as I could, I put a thin base layer of the darker green over the entire cake.  I then used the grass tip to create the fur.

I felt the cake would need some support, so I placed 3 four inch supports cut from a small diameter PVC pipe (PVC was washed well and set a couple of days to ensure the inside was dry).  The supports were pushed into the center of the bottom tier.

The top tier was made of 3 layers of vanilla cake, iced with buttercream.  I cut a plastic coated cake board to fit this tier.

The  cake was iced using a large star tip over the entire cake.  Before the icing could crust I used a fork and a lite cross motion to get a different fur texture.  I then placed the cake (with the cake board) on the bottom tier.

The faces were made from sugar sheets and the eye lashes were black buttercream.

The smash cake is 3 layers of vanilla iced with buttercream.  I originally had not planned to decorate the smash cake much, but the tier cake was so cute I couldn’t just let it be plain.

The cakes were lots of fun to make and the party goers said they tasted as good as they looked!