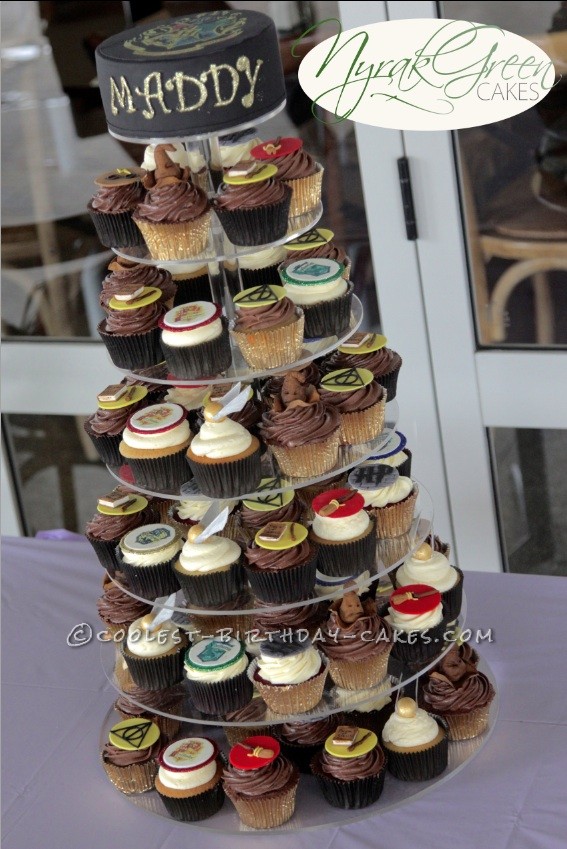 This cupcake tower was made for a massive fan of Harry Potter. It was her 21st. The hardest part about making this was the toppers. A few of them were pretty straight forward where as the others just wouldn’t work. The Golden Snitch for example, I made them on toothpick the first time but the next day we had a very humid rainy day and the wings dropped off . I had to make them again.

The reaction from the birthday girl was what made it all work it. She was in awww, got out her camera and spent about 10 minutes taking photos. Every new guest went straight to the tower and hovered over it admiring and pointing the toppers saying “That’s the sorting hat” or “Check out the Golden Snitch” etc. The highlight of the night was noticing who had ate the cupcakes with the glittered up house toppers on them, faces were glittering under the lights, heehee. 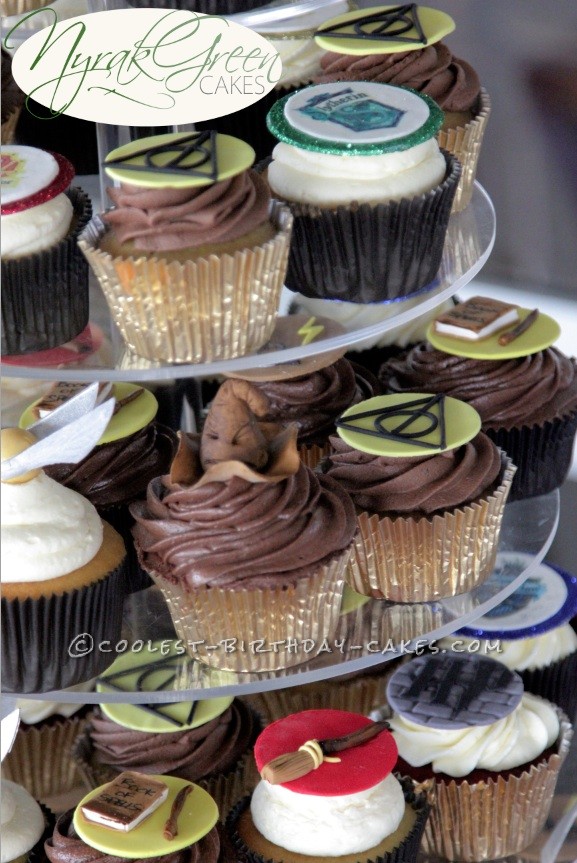 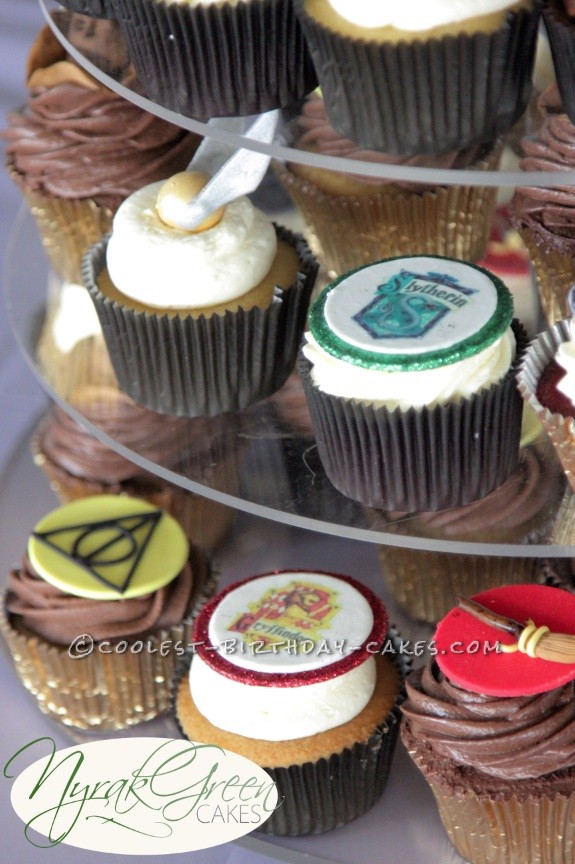