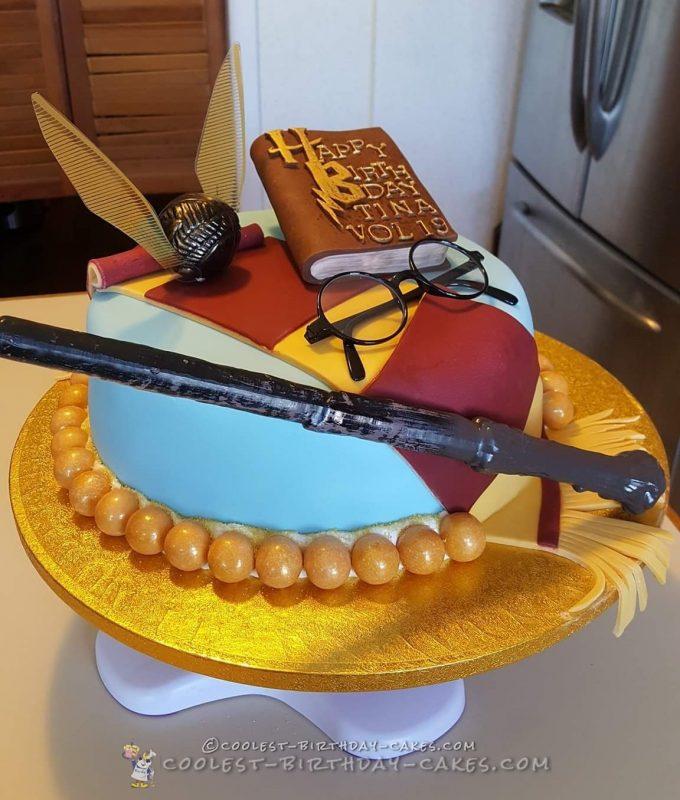 The Harry Potter series has always been one of my very favorites! I was extremely excited when my cousin asked me to make this for her daughter’s 19th birthday. That’s why it says volume 19 on the spell book. The cake was made out of rice krispies and fondant. Surprisingly it was the very 1st … Read more 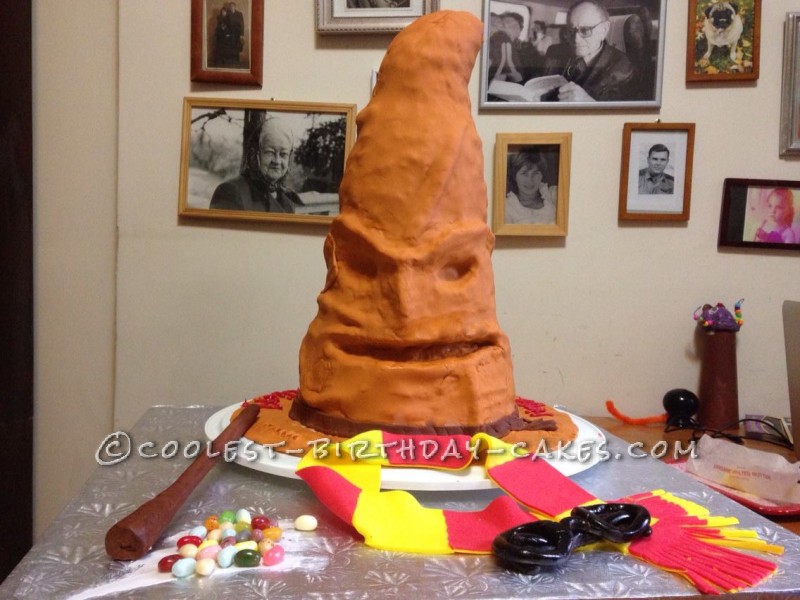 I made this sorting hat for my son’s 13th birthday. It took two days to make. The bottom part is made of 7 vanilla cake layers with alternate yellow and red frosting layers. That was the least fun part because it was repetitive and took forever. The decorations were a blast! The top of the … Read more 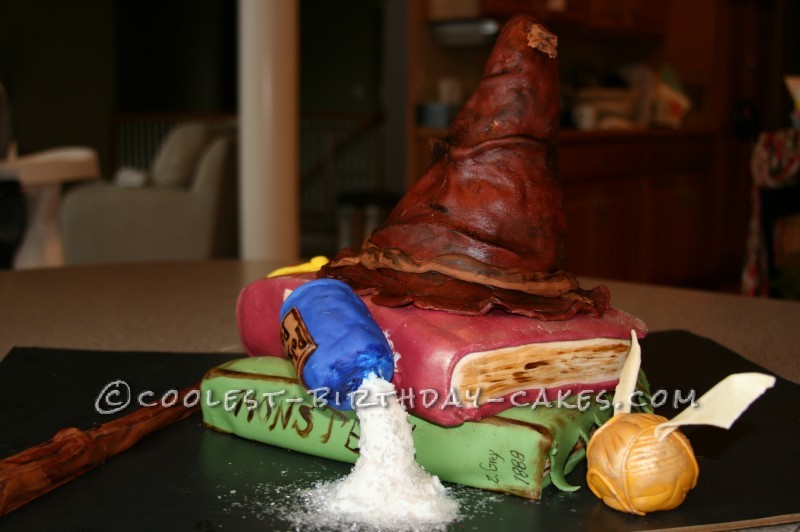 This Harry Potter cake was my first attempt at making a fondant cake. My cousin helped work some of the detailing. I was stupid enough to even make my own fondant on this one. Would not recommend that trick. Nice but totally unnecessary. Who eats it anyway? My son was turning 8 yrs old and … Read more 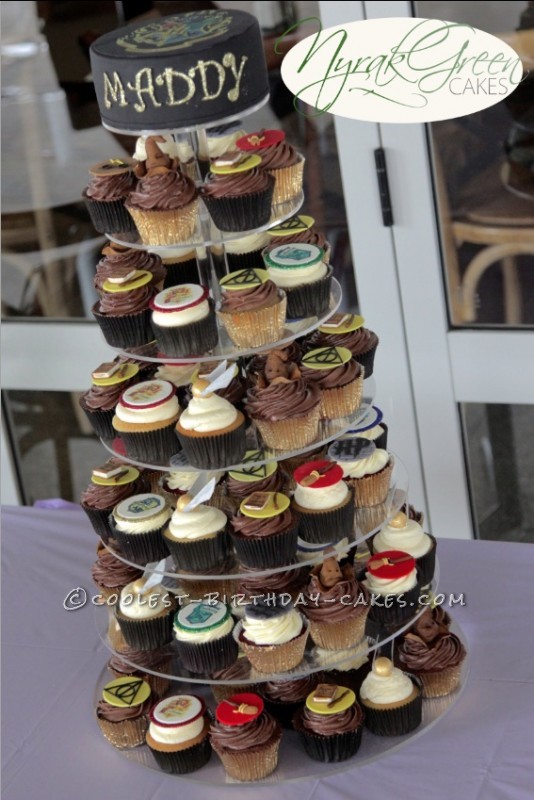 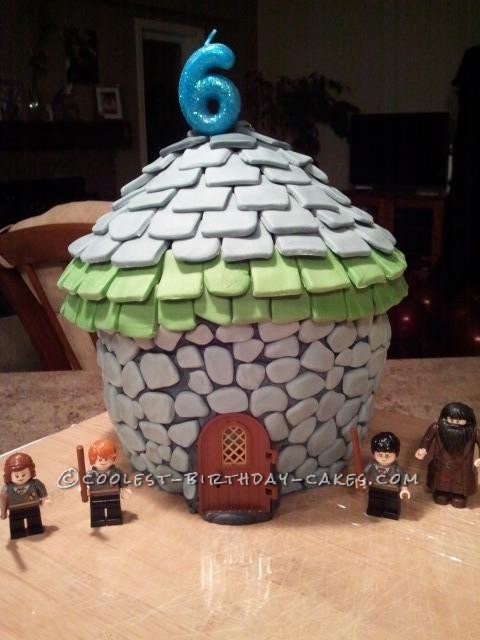 My now 6 year old daughter is obsessed with Harry Potter, so she was dying for a Harry Potter party.  We (well OK I) tend to go a little nuts with the theme, but this was such fun! As I’m not confident enough in my cake making abilities to create Hogwarts, I decided that Hagrid’s Hut would be … Read more 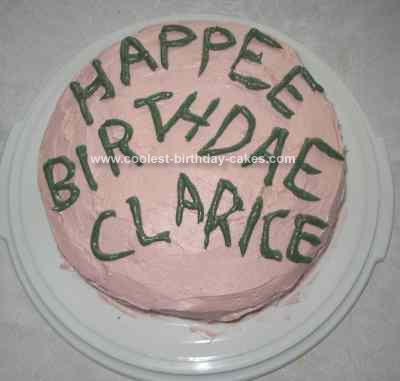 If you are really looking for a homemade easy Harry Potter birthday cake and don’t want to build Hogwarts or pipe a lot of icing for broomsticks and whatnot, then this is the cake for you. What could be better than a replica of the very first birthday cake that Harry ever had? This cake … Read more 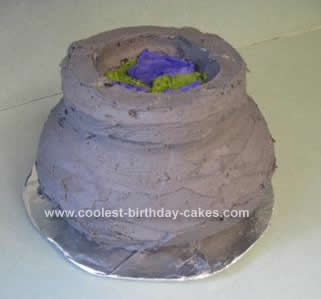 My son wanted a Harry Potter cake for his birthday, and I thought a Homemade Harry Potter Cauldron Birthday Cake would be fun. Originally the cauldron was going to be top-half only, since I didn’t think cake would support itself for a full cauldron. When I was thinking about what to use to make the … Read more 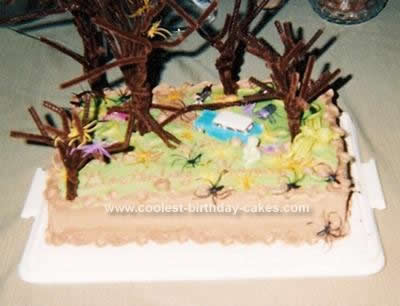 My son’s favorite movie is Harry Potter and the Chamber of Secrets. His favorite scenes in the movie has the flying car in them. So, I decided the easiest cake idea is to bake a chocolate sheet cake. I made chocolate buttercream icing to create the darkness of the forest. I added trees made from … Read more 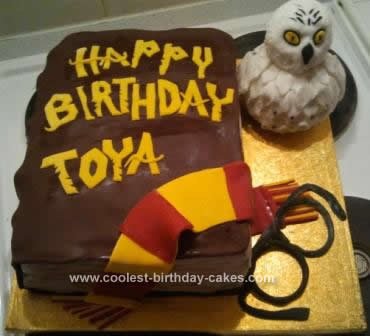 This Harry Potter Birthday Cake is my second birthday cake I have now made. My first was the Red Lego Block. The encyclopedia was 2 chocolate cakes stacked. The book, scarf and glasses took one day. I baked and iced all on the Friday (delivery Saturday). The Owl I did 3 days in advance. Loved … Read more 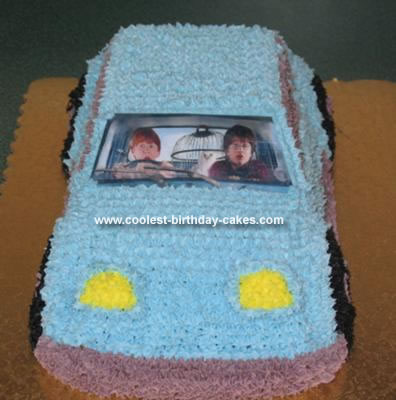 I made this Harry Potter Car Cake about five years ago for a Harry Potter movie marathon party with some of my friends. I also recreated the cake for a friend’s birthday a few months later and it was a lot easier the second time around. I used the Wilton car cake pan. Then, I … Read more 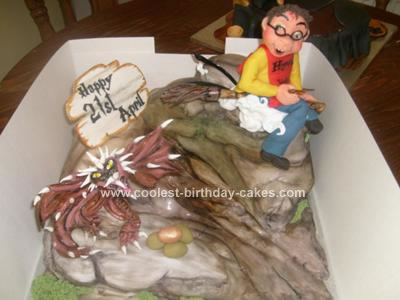 I cut a 13″ sponge cake into shape, added height using cut offs and covered the whole cake including the board in white fondant icing. With a very soft wide brush and black, green and brown food colour I painted the rocks. To paint these I used the coloured paste as if you were water … Read more 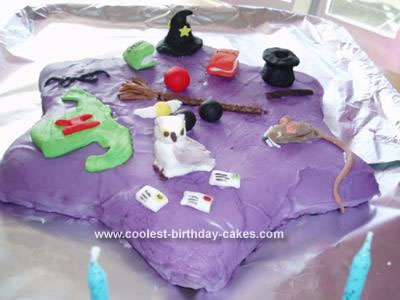 I made this chocolate cake in a star shaped tin and iced it in purple. I then made all the decorations out of coloured ready-made icing and marzipan – and placed these in the corners of the star and the middle of the cake. The children had lots of fun spotting things from the books … Read more