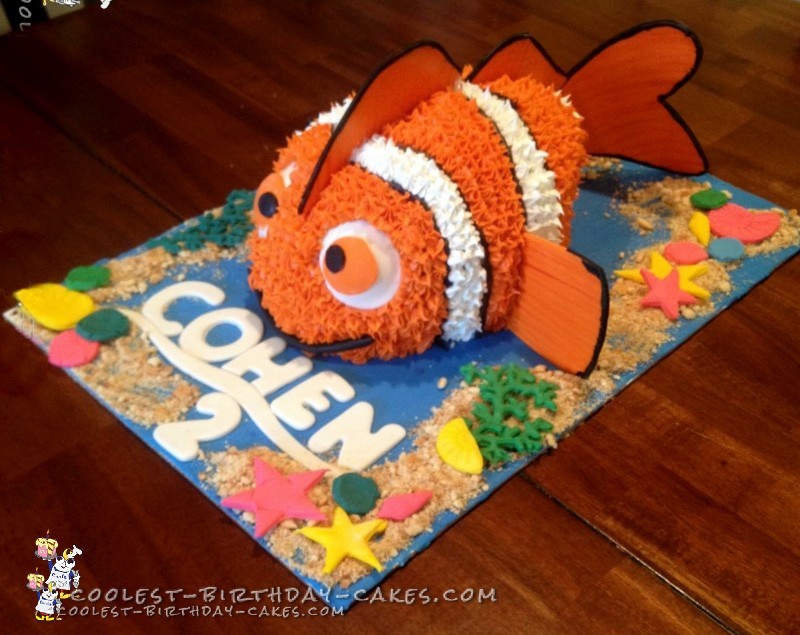 I made this 3D Finding Nemo birthday cake for my son.  I am very passionate about making my children’s birthdays very memorable and special, and one of the ways in which I try to make them memorable is to make cool birthday cakes for them. It also helps that I find cake decorating very enjoyable, though.

I made my first 3D birthday cake two years ago for my son’s 2nd birthday party, and the guests, and most importantly my two year old, were in awe.  That was when I decided I would always attempt to make my birthday cakes 3D.

My second son just turned two, and because he has yet to talk much and expresss/request what cake he wants, I got to choose for him!

I decided a Nemo cake would be fun, as it is summer, my son loves to swim, and we’ve also watched the movie so he is familiar with Nemo.

I got a lot of ideas on how to pull off a 3D Nemo cake from this website, Google, and Pinterest.

I had SO much fun making this cake and it was a total hit with all.  My little two year old’s eyes just sparkled as he looked at it and we sang “Happy Birthday” to him. It was definitely a birthday our family won’t forget! 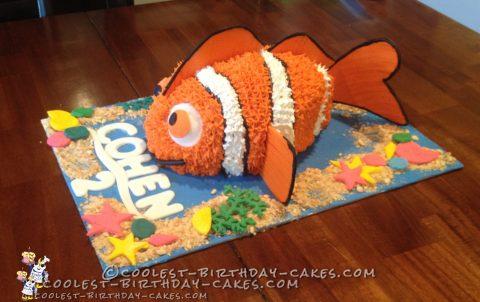 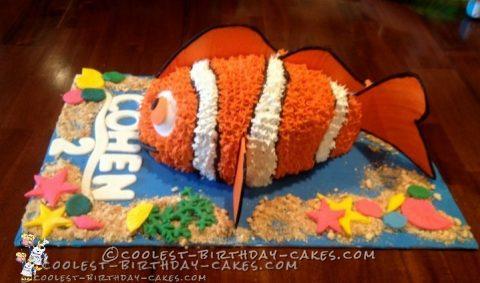 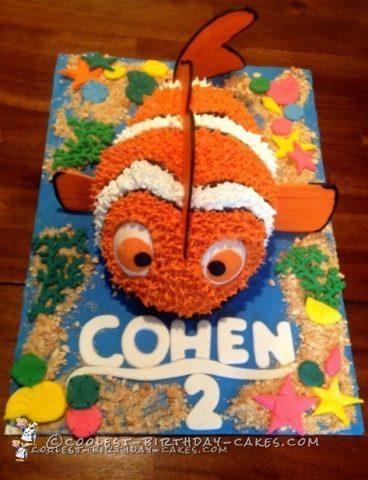