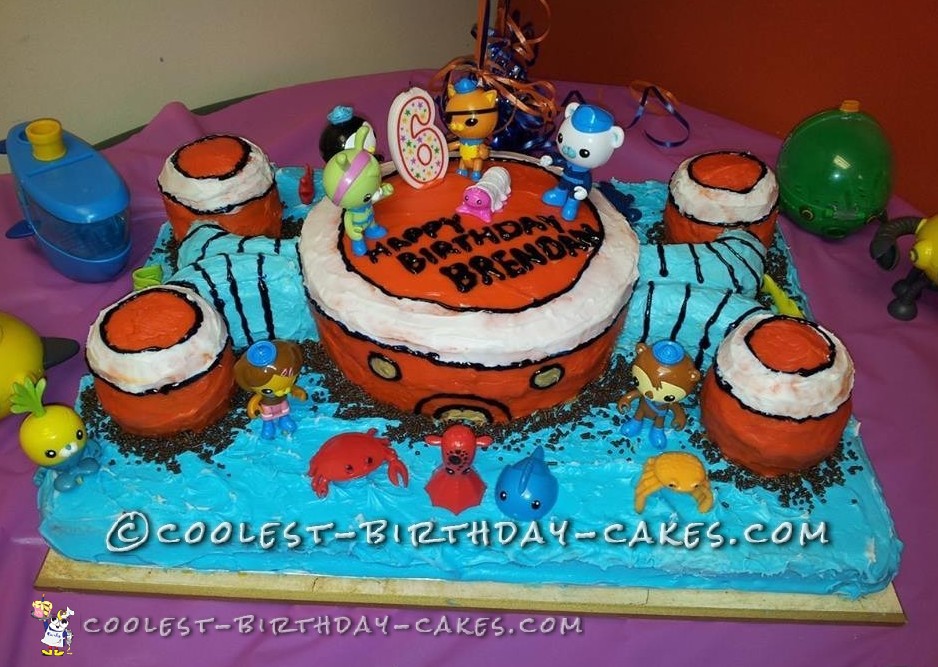 My son asked for an Octonauts cake – Octopod for his 6th birthday.  I had absolutely no idea how I was going to make that happen.  I looked at pictures online, walked through the store trying to come up with ideas, talked with my husband hoping he had ideas.  I was coming up short, until about one week before the party I started to get a visual for the cake.

I had no idea what I was getting myself into when I started this project (or should I call it a job).  It took hours, at least four hours to finish this cake.  I have never had such a difficult time assembling and decorating a cake, but then again I had never put an idea into place as I was decorating.

As the frosting tore the cake apart I continued on with my task, I was not giving up on this cake no matter what. Eventually with lots of repairs, frosting, and prayers it was finished.  It all came together.

We hid the cake from my son until it was time to sing Happy Birthday during his birthday party.  He was so surprised when we brought out the Octopod.  Although it was a difficult process the look on my son’s face when he saw the cake was worth every moment. It was really priceless. 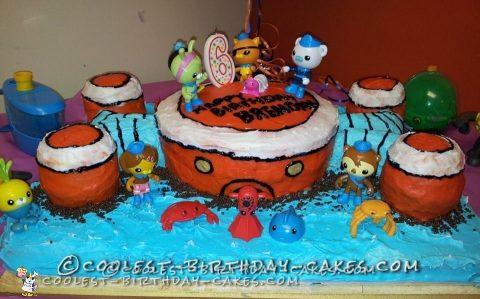 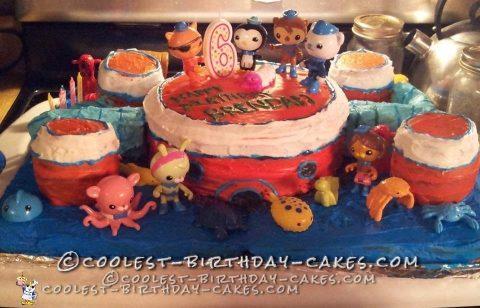 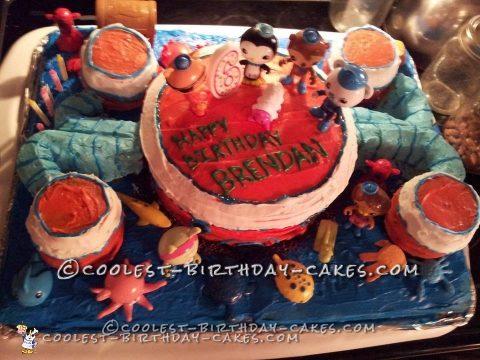