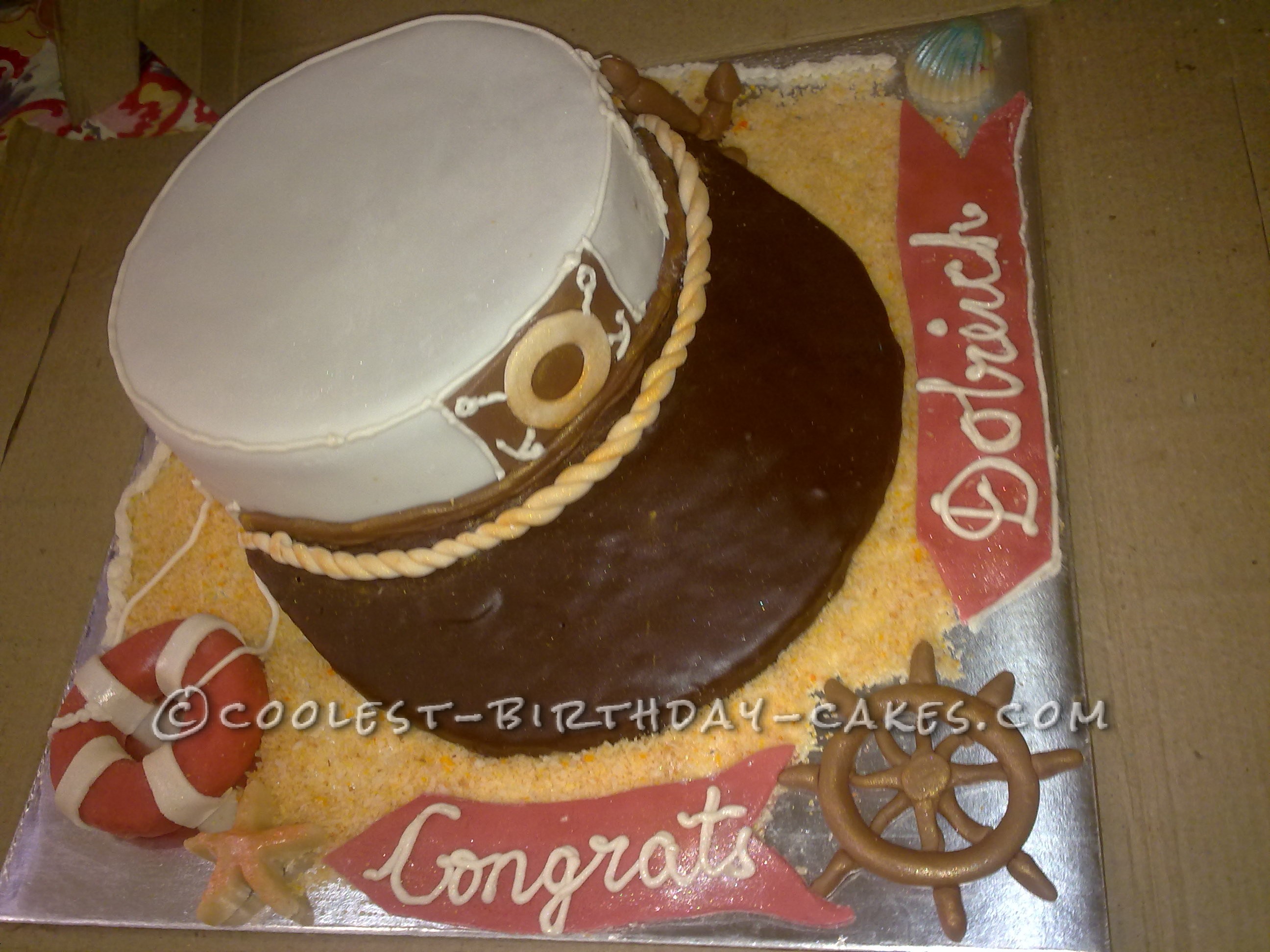 This awesome captain’s (sailor) hat was for a gentleman who just cleared and passed exams to become a Captain in the merchant Navy, a surprise gift from his wife who wanted to throw a party for him.

The cake is a chocolate cake but for a surprise element I cored out the center and filled it with a tequila chocolate ganache which oozed out when cut since this was to be served as dessert to the family.

Detailing was done with fondant and a few with Marzipan. The base I covered with colored desiccated coconut to depict sand and of course logical figurines such as the anchor, the wheel, shells and the life-boat etc.

This was also accompanied with a tray of chocolate lava cup cakes as the cake would not suffice for all guests. The cupcakes were depicting the different continents he sails to. I placed the cup-cakes on a base covered with  blue-butter cream icing which i intended to depict the sea.

The entire dessert was a rage and I received a lot of appreciation from the customer! 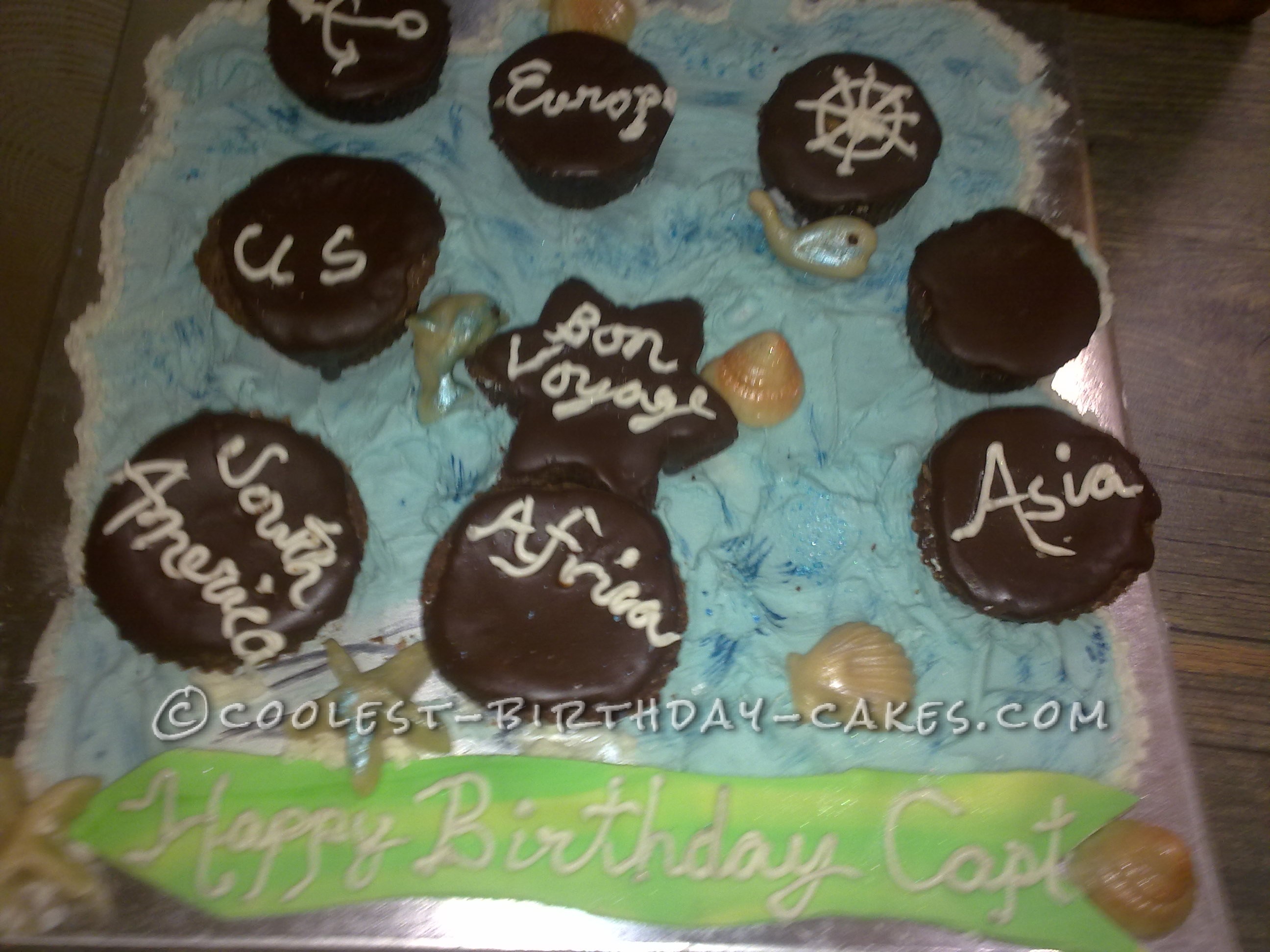